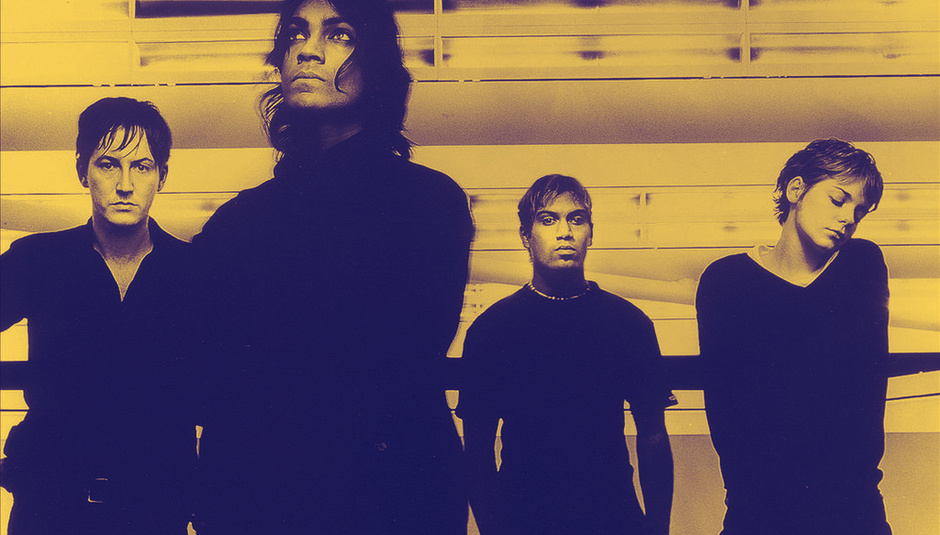 We've spent much of this month looking back, now it's time to gaze into the future...

To celebrate Drowned In Sound’s 15th anniversary, here’s a sneak preview of our 10 favourite albums from the year 2030, by which time most of us will be dead and Taylor Swift will own all the world’s art.

It was about time Jason Derulo got the Rick Rubin treatment, even though Rick Rubin is now pushing 70, almost entirely engulfed by his own beard and hasn’t had a hit since The Red Hot Chili Peppers’ 2021 comeback album Sexy Hot Sugar Granddaddies With Feelings. This gentle acoustic album sees Derulo parading his vulnerable side as he croons his way through soothing covers of Stone Temple Pilots’ ‘Interstate Love Song’, TAD’s ‘Red Eye Angel’ and Chris Cornell’s ‘That Bitch Ain’t A Part Of Me’.

After Nick Cave retired from music to become a full-time writer of pervy novels about Kylie’s golden hot pants, the Bad Seeds brand was kept alive with the launch of this spin-off group. After an exhaustive round of auditions, televised in a 24-part documentary series on ITVNetflix, the role of lead singer was awarded to Nicholas Hoult, mainly on account of his fucking sinister eyebrows. Accompanying Hoult in the Bad Seeds Juniors line-up were Maxim from Toy, a couple of The Horrors and Frankie from The Saturdays.

When Radiohead announced the release of this new album by sending an unpunctuated message to The British Library’s final functioning fax machine, their followers could hardly contain their excrement. Yes, there would finally be a worthy sequel to the career highlight of Kid A, following Amnesiac’s half-hearted jazz nonsense, the Bends-esque backstep of Hail To The Thief, the water-treading In Rainbows/King Of Limbs era and 2019’s collection of grime collaborations. After Colin Greenwood managed to fire all those members who’d been holding him back, including his own brother, Ed O’Brien and the whingy singer one, he enlisted the help of superior musicians, such as Flea from The Red Hot Chili Peppers, U2’s The Edge, Matt Bellamy and Chad from The Red Hot Chili Peppers. Rather than simply imitating Kid A, Radiohead 2.0 put a unique electro-indie twist on cover versions of The Who’s ‘The Kids Are Alright’, Robbie & Kylie’s ‘Kids’ and The Folk Implosion’s ‘Natural One’ (off the soundtrack to Kids). The indisputable highlight, however, was the twenty-minute cover of Lou Reed’s ‘The Kids’ which was given extra poignancy when Colin lured Metallica into the studio and sampled the sound of its members crying and wailing after he falsely informed them that the new Megadeth LP had outsold Reload.

I Just Write Down What’s In My Head, Totally Uncensored, You See, Trail Of Consciousness, Man, Yeah, I Just Write That Down, Whatever’s Happening, Whatever’s In My Head, That’s What I Sing About, That’s What I Talk About, It May Make Me Look Like A Total Bleeding Asshole But It’s An Honest Bleeding Asshole Who I Am, And Now I’m 63 Years Old I’ve Become Even More Unpleasant And Self-Assured Than I Ever Was Before, But I’m Just Trying To Be Sincere Here, Okay, And Is That Such A Crime? (Caldo Verde)

There were a raft of thrilling debuts in 2030, including releases by The Homebound Toad Facsimile, Royal Froth, Sticky Dispute, Half-frayed Binocular Strap, The Chuffing Cobblers, Julian Casablancas & The Papermate Flexigrips, One Hundred More Flambeaus and Goon Bear, all of which featured white boys playing keytars. The best debut of all, however, came from Joanna Grew Some Vegetables, a post-balsa ultra-plank supergroup featuring members of Frog Squasher, Borrow Burrows’ Barrel, Dog Cone Itch and Falco from Mclusky. Flying in the face of the forty-seventh ‘is keytar music dead?’ thinkpiece this side of 2028, Joanna Grew Some Vegetables proved that there’s life in the old dog yet with their beautifully savage keytar-gravikord fusion music. The band has no affiliation to Joanna Gruesome. It’s just a shit name.

Charlie Watts has a bionic torso, Ronnie Wood is a head in a jar, Mick Jagger shakes like a twerking sultana and the Johnny Depp one’s still churning out the blues licks like there’s no tomorrow, even though The Rolling Stones will always have a tomorrow because they will never end. Here, the Stones flaunted the fact that they’ve been ripping off Primal Scream all along. They dropped the vowels, incorporated ’90s house beats and assigned production duties to Andrew Weatherall, Kevin Shields and Kate Moss. Still, XL N MN STRT was the most urgent-sounding Stones record for centuries. While tunes like ‘Street Fighter 2 Man: Blanka’s Theme’ rehashed old ideas, The Stones proved they still had their edge, thanks in no small part to the problematic racial and sexual metaphors of the track ‘Bourbon Biscuit’.

29 years after their seminal noughties debut, My Vitriol finally released their crowdfunded follow-up and it repeated every trick that made their first album so great: crippling sameyness, throwback shoegaze pedal work and conspicuously weak vocals. Steve Lamacq could hardly contain himself.

Not content with being the frontman to a Mercury-winning indie band, presenting a 6Music radio show and running his own chain of vintage bunting dealerships, in 2015 Guy Garvey launched his solo career. On this sixth solo outing, Garvey enlisted the help of his many showbiz mates, who is anyone who has ever been involved in any music and who he namedrops shamelessly on his radio show every Sunday while continuing to present himself as some normal man of the people who just happens to hang out in LA with Laura Marling half the time and who patronisingly lectures us on how we should all be listening to Bill Withers as if we’d somehow never heard of him. Includes the tracks ‘Her Eyes’, ‘Dear Friends’, ‘Kids On The Corner’, ‘I Love Her Eyes’, ‘Nice Eyes, Dear’ and ‘Martin Chuzzlewit’.

Shoot Out The Lowlights (Pub Sob)

In 2030, Low released the saddest album that anyone had ever made in the history of music. Recorded in the midst of Alan Sparhawk and Mimi Parker’s divorce, in the aftermath of Hurricane Khloe and dedicated to the couple’s recently-deceased pet goat, anyone who heard its haunting melodies became so catatonically depressed that they were unable to feed themselves, physically move or even visit the bathroom. Most listeners died because they couldn’t afford hospital fees and were too depressed to work in order to afford hospital fees and depression was no longer seen as an state-recognised illness because fifteen years ago Jeremy Hunt had smirkingly equated it to nineteenth-century women’s hysteria as part of his genocide against the weak and the needy.

In 2030, the greatest rock ‘n’ roll band of our era released their twelfth album. It was so good that, in the process of reviewing it, Drowned In Sound’s JR Moores became so animated that he accidentally fatally pierced himself through the eye with the corner of his predictably well-thumbed copy of Charlie Brooker’s 2003 compendium of Guardian columns, Help! My TV Is Full Of Wee. Alas, there will be no further “funny” Drowned In Sound articles that only Sean finds amusing.

What was your favourite album of 2030? @spinal_bap has gone for Radiohead, My Vitriol and The Icarus Line. https://t.co/8ISPMacmys