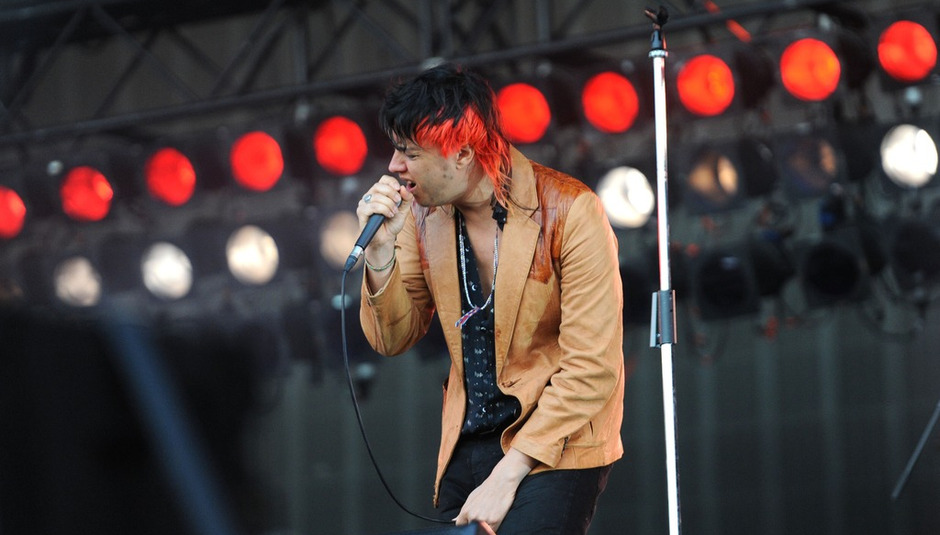 With Comedown Machine being only marginally better than the atrocity that was Angles, I wasn't quite sure what to expect from The Strokes, a band which have seem to have become more and more irrelevant since the release of their 2001 debut. As was the case for many people my age, Is This It? was the soundtrack to my adolescence and still remains one of the greatest and most personal garage rock records of all time. Walking around Hyde Park trying to find the appropriate entrance brought memories flooding back from when I saw them in exactly the same place in 2006 on their First Impressions of Earth tour. As a 16-year-old I was absolutely blown away, even then feeling that their latest effort couldn't compare to their first. Two albums and nine years later, how would they compare?

Well, thankfully they seem to be totally aware of the waning popularity of their records, with 11 songs out of the 18-track-set being from their first two albums. And ignoring Julian Casablancas' dodgy half black, half red hair, I was blown away once again. Casablancas didn't even appear to be high or drunk, which was a definite improvement on their 2006 performance. The set began with a pounding rendition of 'Is This It?' and from the off I was awash with feelings of nostalgia and youthfulness. Whilst they may not be the greatest performers, there is definitely something to be said for the way in which The Strokes sound so utterly faultless. The tracks have been played so many hundreds (if not thousands) of times and it shows; every song sounds perfect. It is baffling how on Is This it? at least, they manage to sound so clinical and yet simultaneously so raw, and this sound carries over perfectly to their live sets. One of the two tracks which they played from Comedown Machine came third in the form of 'Welcome to Japan'. Being one of the few decent tracks on the record, this injected a bit of funk into the proceedings and got even the most stagnant fans dancing.

The highlights of the set, I think most attendees would agree, were undoubtedly 'Someday' and 'Last Night' in to 'Reptilia'. You could probably count on one hand the amount of people in the crowd who weren't singing along to every word. The feeling in the air was one of sheer joy and magic, even amongst fans who were crushed up against the barriers with nothing but a television screen view. It became evident that these songs soundtracked the teenage years of thousands of people in my company.

In all, whilst their latest musical efforts have left a lot to be desired, it is nice to see that the band have lost none of their live magic. And part of that comes from how they make their performances seem so effortless. Finishing the set with a storming performance of 'Take It or Leave It', you could tell afterwards that the crowd were not even a jot disappointed. I suppose my only real worry is that in ten years time will The Strokes be known as little other than an Is This It? tribute act? I really hope not.

My Secret World: The Story of Sarah R...