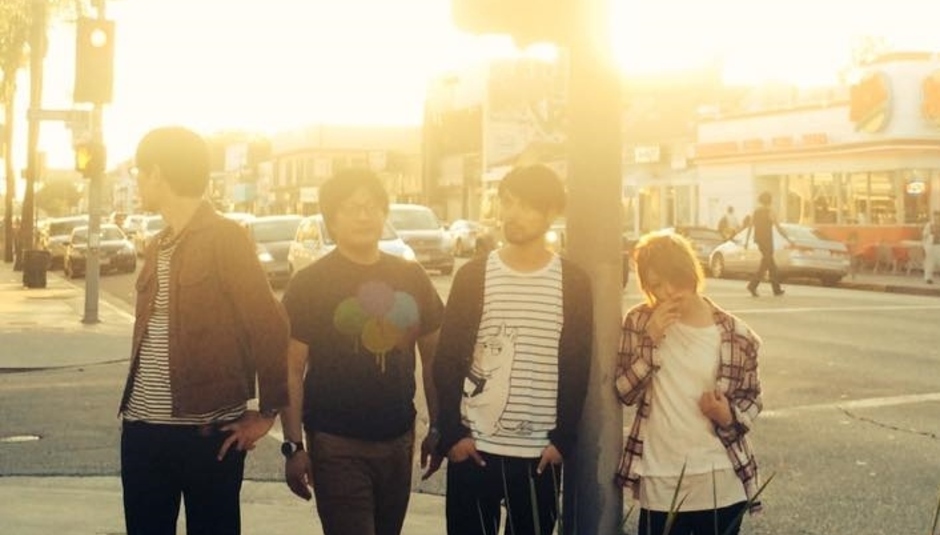 The last time DiS caught up with Taffy, the Japanese four-piece had just signed to London independent Club AC30. Since then, they've released three critically acclaimed albums (Caramel Sunset, Lixiviate and Plus +++, which compiles a selection of the band's early recordings prior to signing with their London-based label). Unsurprisingly, considering the impact they've made over here in such a short space of time, the band now see the UK as their second home.

Last month saw them release a six-track EP, Darkle, their first collection of new material in nearly two years. It also features an Anton Newcombe remix of the track 'Young Tines', the video of which is premiered below.

Currently in the middle of their largest tour outside of Japan to date, DiS caught up with them - Iris (vocals), Asano (guitars), Kensuke (drums) and new bass player Takeshi - in the cosy beer garden of The Black Lion in Brighton. With Iris being the only fluent English speaking member of the band, manager Hiroaki Hayashi also sits in as translator for her three colleagues.

DiS: You're fairly established in the UK now. Do you think that has a lot to do with the British influences within your music?

Iris: Yes, that's so true. Your country has been very nice to us. We can see that every time we come over there are more and more people at our shows.

DiS: Did you expect such a positive response to your music over here when you first signed to Club AC30?

Hiroaki: At first we just wanted to have the opportunity to play a show in the UK. Since then, we've been over five times and played many cities. So I guess no, it wasn't really what we expected.

DiS: Has your success influenced other Japanese guitar bands to try their luck overseas? Do you think a festival such as The Great Escape could work in Japan?

Iris: It's hard to say because the audiences in Japan would only go and watch their favourite band. They'd largely ignore everyone else who's playing and just sit and wait until their favourite comes on.
Hiroaki: There would be too much politics involved in Japan. There was a festival over there which they tried to make like South-By-Southwest but it never really took off. Iris: There is no real scene in Japan. It's disappointing but everything is centred around J-Pop. Most guitar bands are influenced by J-Pop nowadays. Hiroaki: We don't care much for Japanese guitar bands.
Iris: Even when a decent guitar band does emerge they end up changing into a J-Pop band. Babymetal being one example.


DiS: The new songs seem a lot heavier than your previous output. There's a grungier element to your music now alongside the shoegaze and Britpop influences on your older material. Does the slight change in direction reflect your current listening tastes?

Iris: You think we sound like a mixture of shoegaze and grunge? That's cool! I chose Darkle as a title for the new EP because we're always behind something yet still shiny. I didn't want it to be too dark either so it still has some of the sparkly elements of our other records. It's probably my favourite record of ours so far. I guess everyone always says that, but it is almost like giving birth to a new baby. The songs start with just me and an acoustic guitar and then the other guys add their pieces.
Hiroaki: That's how we've always worked but this record feels like our most accomplished to date.

DiS: Will there be a new album soon?

Iris: Darkle is our priority at the minute but we have started working on the next album. Well I have at least! There's 6-8 songs that are ready to go.
Hiroaki: We're in the studio once a week so there's always something new happening.

DiS: When are you hoping to record them?

Iris: We're hoping to have it recorded before the end of this year then hopefully put it out in the early part of 2016.

DiS: And another European tour to promote it?

DiS: You've had a line-up change since the last time I saw you, with Takeshi Horikoshi replacing founder member Koichin on bass. How long has Takeshi been in the band and why did Koichin leave?

Hiroaki: Koichin has family commitments which make it difficult for him to play with us full time. He was able to join us for the Japanese shows but not for any of the others, so it was a mutual decision for him to leave the band. Takeshi is one of our friends, so we asked him to join and he agreed. He's only been with us a few months but is fitting in really well. This is his first time outside of Japan.
Iris: The important thing is we still sound like Taffy.

DiS: Do you still find people in the UK ask you to explain the band's name?

Iris: Yes! Even more so now the shows are busier. We didn't realise Taffy was a name British people associated with Wales.

Hiroaki: Have fun, enjoy what you do and stay true to yourselves. Don't try to be someone else. In Japan, everyone wants to be The Beatles or Led Zeppelin.
Iris: Whatever other people say, just stick to the sound that you like. We've been labelled Britpop, shoegaze, indie pop or whatever yet I don't pay much attention to any of it. We're just Taffy and that's who we'll always be. So my advice would be to ignore other people!
Hiroaki: We're often seen as misfits in Japan.
Iris: We don't want to be the same as anyone else!

DiS: Would you ever consider relocating to the UK?

Iris: Yes, I would. The music scene is so much better here. I feel that more people actually like music in the UK whereas in Japan something has to become popular before anyone cares about it.

The Darkle EP is out now on Club AC30. 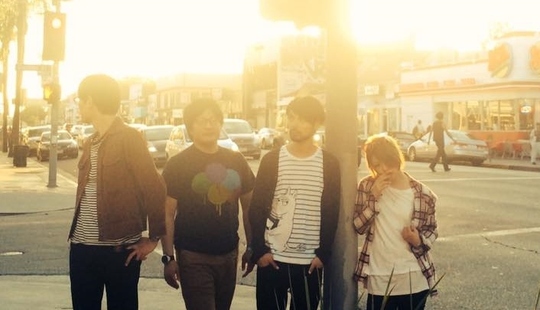