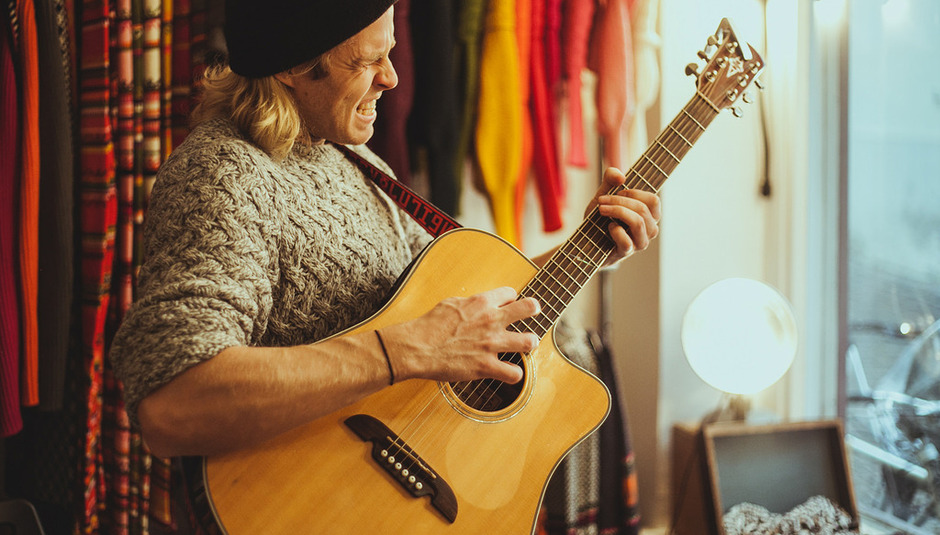 There are various “city festivals” spread across the globe, from the indie-one-dayers like Camden Crawl or The Great Escape to the corporate megafests/industry piss ups like South-By-South-West, Midem or CMJ. Tallinn Music Week, held annually in the Estonian capital, is definitely one of the more exciting.

For a start, unless you’re really on the ball, the focus on former-Soviet, Eastern European, Balkan and Scandinavian artists means you will be largely seeing acts you have no real context for, which makes discovering the gems more thrilling. UK acts, and western Europe in general, provide only a tiny portion of the programme.

Secondly, its relative isolation from the mainstream music-events of Europe means there really is different stuff going on here. Dot-To-Dot doesn’t put on gigs in people’s living rooms, the President of the country doesn’t give a speech to mark the opening of Liverpool Music Week, and The Great Escape doesn’t include a tour of the secret KGB floor of a local hotel. This is a fun, unpredictable way to spend a long weekend that rewards an open mind. The city is beautiful, the beer is cheap, and the music is exceptionally well curated. Here’s everything we learned.

It might just have been staggering coincidence that all the Estonian artists I saw had a jazz root, or then again it might not. What marked many of the home-grown acts was an experimental edge, odd time signatures and interesting beats. Ingrid Lukas was the clear highlight, whose beautiful voice and minimalist, dark electronic beds were fused to some genuinely astonishing jazz drumming. Admittedly, she was playing a stage curated by the Estonian Jazz Union, but it didn’t end there. Miamee were playing in someone’s living room and still managed to conjure some of that free-flowing, experimental spirit.

Or at least it will be, once the original wave of punks shuffle off. Viv Albertine says so, and she should know. During a fascinating Q&A, the author and former Slits guitarist claimed that any punk bands formed after, or inspired by that first wave could, by definition, only be a poor imitation. You basically had to be there, maaaan. Interviewer John Robb, singer in punk bands The Membranes and Goldblade, looked on impassively.

Easily the most exciting band I saw during the whole festival were Serbia’s Repetitior, a noise-core trio in the METZ mould, only rawer, louder and five times as furious. A hat tip is also due to preposterously young Belarusians Super Besse, who’s Joy-Division-inspired-coldwave feels substantially less derivative and more legitimate when you realised they probably only had their minds blown by post punk a few years ago. A lot of that excitement is still there.

A roll on antiperspirant costs five times more than a pint of beer. Although it’s possible I was just ripped off in the chemists.

From Denmark’s wonderful Lowly, who throw the electro-sink at their songs and play with their two keyboardists facing off directly opposite each other, to the more more restrained approach of the UK’s own All We Are, the festival programme definitely leant heavily on bright young things with dual vocals and wall-of-sound electronic washes under smart pop hooks. You can probably blame Alt-J.

6) But real folk will always have its place.

Few musical experiences will stick with me like seeing Vashti Bunyan in a medieval church. With the audience sat literally at her feet, mostly cross legged on the ground, the 69-year-old cast a spell of delicacy and warmth across her short set, mixing new material with songs written 45 years ago. It's testimony to her skill that, going in blind, you'd struggle to tell the old from the new.

Tallinn has a bar devoted entirely to Basildon electro gloom merchants Depeche Mode. During the Soviet era the band were worshipped around these parts, with tapes traded and dubbed illegally. When the Iron Curtain lifted in the early 90s, and the band were finally able to tour the region they were greeted like heroes, so It’s probably not that surprising that their popularity can sustain a whole bar, even one with a strict Depeche-only music policy. It was pretty quiet when we went in, but then it’s been a few years since they last had an album out. DiS actually interviewed the owner of Depeche Mode a few years back.

8) Classical Music can never be dismissed.

It was a case of "Big fish, little fish, cardboard Bach" as the Classical Music Rave found a home at the Tallinn Creative Hub, a gigantic, pre-soviet power station converted and lit to genuinely staggering effect. The rave is exactly that: about a thousand people going bananas to unadorned recordings of classical music. Whether due to the novelty or a genuine desire to engage with the power of orchestral recordings, the event was completely rammed nightly. Elsewhere the festival offered a tour of a learning-centre dedicated to the work of Estonian legend Arvo Pärt, the worlds most performed living composer. Unfortunately construction of the impressive-sounding space doesn't actually start until later this year, so it was mostly a wander in a pleasant wood followed by a short talk about archiving by Pärt’s son (and sometime Bjork collaborator) Michael. Still, this sounds a promising destination in future years.

How A Place Can Inform the Feel and t...