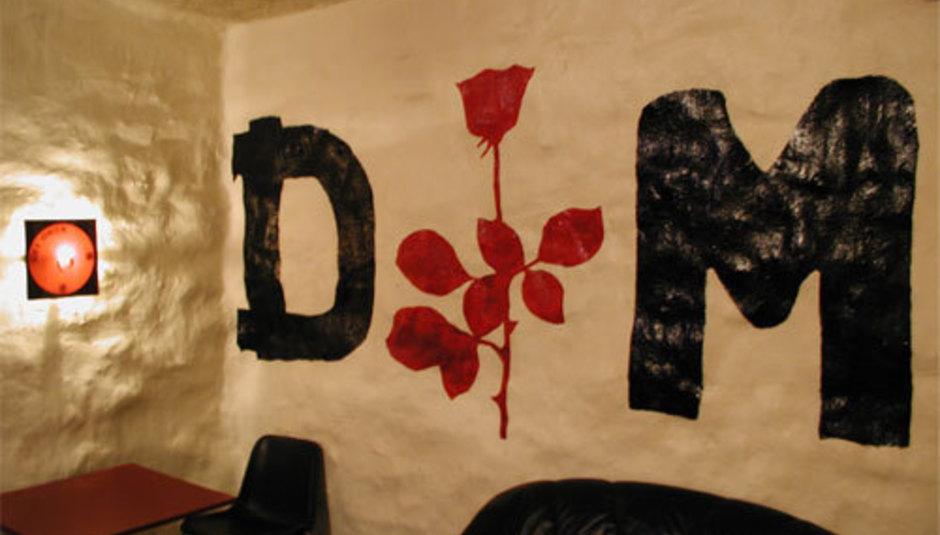 When Depeche Mode christened their comeback opus, Sounds Of The Universe, we’re going to stick our necks out and suggest they weren’t referring to the noise emanating from two underground bars in the far-flung former USSR.

Regardless, as referenced in the DiS review of said album, one of the strangest hat tips to the band’s legacy is the Depeche Mode bars in Estonian capital city Tallinn, a pair of subterranean drinking holes-slash-clubs solely devoted to the output of Dave Gahan and co.

DiS quizzed owner Dan Buinenko on the whos, the whens and, most importantly, the whys... DiS: So why Depeche Mode? What makes them so special to you?

Dan Buinenko: Why not! I like the band and I could fit two things into one – work and a hobby. I’ve seen them [play live] three times personally.

Can you give us a potted history of the bars?

In spring 2008 a second DM Bar opened featuring a new design and a wider party room, open all the time for visitors. As a bonus, DM bar two has tiny rooms for smokers with screens in both rooms, perfect for DM enjoyment! Both DM bars offer a great atmosphere, good company of locals as well as foreigners from all over the globe, and of course always plenty of Depeche Mode.

What did the band make of the bar/the concept in general?

I think they liked our bar. Actually, we were quite surprised when they visited us first time. But second time we were really prepared and waiting for the band, although we hadn’t sent them an official invitation. Probably they would come again, if possible. The last few times they’ve had quite good security and a nice, warm welcome. Do you think they would ever do a show in one of the bars? A secret warm-up gig, maybe?

It would be superb someday of course, but I’m afraid it’s gonna happen in our dreams only. We don’t have enough finance and connections I guess.

Are you aware of any similar bars around the world?

I know there are some DM Bars in Moscow and St Petersburg. Do you, or any of the bar staff, ever get fed up with hearing Depeche Mode all day every day?

Of course we get bored sometimes, but we have quite a wide choice of different mixes!

So are you a big fan of any other bands?

In Photos: Errors and Tiny Masters of...