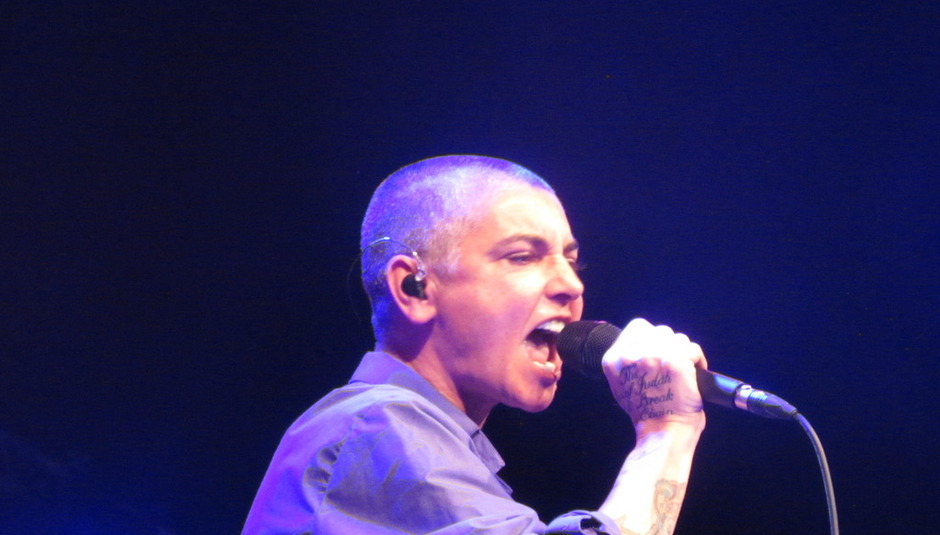 Celebrating its fiftieth birthday this year, Cambridge Folk Festival is the grandaddy of the UK festival circuit. Originally started in 1965 by the late Ken Woollard until his passing in 1993 when Eddie Barcan took over and continues to oversee its' organisation to the present day, Cambridge Folk Festival is unique in an era of profit maximisation whereby the local council act as its main backer. What this means is none of the identity and character built up over five decades gets lost, with its 14,000 revellers left to their own devices over the course of the festival's four days.

As a result, the relaxed camping policy at Coldhams Common - the festival's main campsite - creates a laissez faire attitude where comfort and personal space take precedence over the cattle mentality adopted by the major national promoters when it comes to squeezing as many punters into one confined space as possible. Cars are parked alongside tents, families mix happily with twenty four hour party people (if such a group exists in folk-world) and everyone generally gets along. There's even a free bus service to and from Cherry Hinton Hall where the festival takes place, another novel gesture of goodwill from Cambridge City Council. Food and drink can also be taken and consumed onsite within reason (glass bottles excepted), which is a far cry from the recent horror stories attributed to the BST Hyde Park fiascoes where overzealous security guards disposed of all liquids found on entry, causing punters to part with £5 or more for a 1/3 pint plastic bottle of warm lager.

Thankfully, no such complaints could be levelled here, with numerous bars serving a variety of real ales and ciders (the hot spiced cider HAS to be tried at least once!) and a selection of high quality food outlets from wood-fired pizza to Mexican, Indian and Caribbean delicacies at affordable prices. As with everything of course, there's always a downside. Here, the number of camping chairs in and around the arenas have to be seen to be believed, many blocking walkways and exits thereby creating serious health and safety hazards at times. While not wishing to be party poopers, we'd really advise punters take note of the organisers' recommendations regarding camping chairs - after all, they're called CAMPING CHAIRS for a reason, and should therefore be used for the purpose they were intended.

Minor gripes aside, even the patchy weather couldn't detract from what turned out to be a hugely enjoyable weekend. While Thursday's line-up didn't exactly have us jumping around Cherry Hinton Hall in excitement, the dulcet tones of Annie Eve provided a welcome introduction to what lay in store. Imagine the best bits of Suzanne Vega, Townes Van Zandt and Mazzy Star and you're somewhere close. Playing a set largely garnered from forthcoming debut Sunday '91, she's a breath of fresh air to a scene largely derided for its stuffy traditionalist mentality.

The next day we're greeted with glorious sunshine while Whapweasel pack the second stage tent with a lively ceilidh set that has people dancing up the poles. Literally. Oklahoma songstress Samantha Crain sounds like a young Janis Joplin while referencing Taylor Swift on 'Never Going Back', which pleases and bamboozles those out front in equal measures. The sultry, seductive tones of Cara Dillon soothe in the early evening sunset while serving as a genteel entree to the arrival of one of folk's legendary performers.

Having initially played with Fairport Convention during their formative years before leaving the band in 1971, Richard Thompson has gone on to become one of folk's most respected artists. With a string of landmark albums to his name, condensing such an inspired back catalogue into an hour long set is a task in itself which Thompson pulls off admirably. Here, on his own with just a guitar for company, he plays songs transgressing several decades most notably an uptempo 'Valerie' off 1986's 'Daring Adventures', '1952 Vincent Black Lightning' from 1991's Rumor And Sigh and the title track from 1974's I Want To See The Bright Lights Tonight, arguably his most renowned collection of songs to date. It's a performance worthy of headline status which on any other year, Thompson would surely attain.

But then this year Cambridge is graced by the presence of another legendary performer in the shape of Sinead O'Connor. With UK shows being very few and far between these days, she's an unmissable addition to the bill. Unpredictable from the word "go" - she contrarily opens her set with a rendition of John Grant's 'Queen Of Denmark' which she covered on her ninth long player How About I Be You (And You Be Me)? while controversially opting to play nothing from 1987's critically acclaimed debut The Lion And The Cobra. Of course all is forgiven when 'Nothing Compares 2 U' makes its presence felt midset, while a rousing 'Thank You For Hearing Me' and tear jerking 'The Last Day Of Our Acquaintance' bring the seated majority to their feet.

Saturday brings black clouds followed by an inevitable bout of rain so it's left to two staples of Cambridge Folk Festival to provide a ray of sunshine for the hardened souls who've braved the rain. Martin Carthy played the very first festival back in 1965 while daughter Eliza has been a regular feature here for the past two decades. Playing songs from this year's joint collaboration The Moral Of The Elephant, 'Daughter In The Dungeon' raises a cheer while 'Happiness', originally penned by Molly Drake, mother of the late folk icon Nick, provides an air of melancholy.

Over on the second stage, Huddersfield-based duo O'Hooley & Tidow offer a welcome respite from the often generic norm. Their Yorkshire roots rising to the fore, they play with a relentless humour-tinged panache reminiscent of Victoria Wood and Julie Walters at their most laconic. A delicately poised reworking of Massive Attack's 'Teardrop' - arranged entirely around vocals and piano - raises the ante as to how covers can be made into another artist's work entirely while signature tune 'Summat's Brewin'' elicits a manic variety of fist-pumping action normally associated with metalheads at Download. We like.

Staying under canvas, Texan chanteuse Sarah Jarosz mixes traditional folk, bluegrass and country rock to maximum effect. So much that we return for her second set of the weekend the next day, her version of Tom Waits' 'Come On Up To The House' being particularly inspiring. Brighton's Moulettes also bring a contemporary vibe to proceedings, fusing punk and psychedelia alongside obligatory folk with a vengeance.

Afterwards, Loudon Wainwright III plays a set steeped in vitriolic humour - most of it aimed at estranged son Rufus - which leaves us unsure whether to laugh, cry, or head for pastures new. We choose the latter, returning for Rosanne Cash's set which can only be described as nepotism of the highest order. Fortunately, Seth Lakeman is on captivating form indoors over yonder, pulling a bigger crowd than the aforementioned main stage headliner. Fresh from his earlier set as part of folk supergroup The Full English and with a new album in tow (Word Of Mouth - arguably his finest collection in years), he's a revelation that soon makes us forget about an iconic country star's daughter.

It is the final day and DiS is up early for another helping of Sarah Jarosz. Also spotted enjoying her set is highly revered singer/songwriter Kate Rusby who politely tells us she's playing two "surprise sets" later today. We catch part of the first one over on the second stage but by now, word has spread and half the site seemingly want to catch a glimpse too. Claustrophobic and sweaty, the Ely Folk Club curated Club Tent seems to be the place to go this afternoon. BBC Performing Arts Fellowship graduate Maz O'Connor is a real find, fusing influences from the past (Joni Mitchell) with those of the present (Bon Iver) to concoct a dazzling array of part electric, part-acoustically crafted folk that occasionally borders on the experimental.

Adrian Nation also gives us a good reason to stick around, his lilting vocal and ridiculously fast guitar picking quite captivating. Twenty-six years ago Eddi Reader had a number one hit single with her then-band Fairground Attraction. While 'Perfect' doesn't make an appearance in today's set, follow-up 'The Patience Of Angels' does and Reader, backed by an all-star line-up featuring Trash Can Sinatras' John Douglas and acclaimed singer/songwriter Boo Hewerdine lives up to her hard earned status as a well-respected artist on the folk scene.

Kami Thompson may have a folk luminary as her father but together with husband James Walbourne, she's making a name in her own right. Recent long player Fair Warning ranks among this year's finest debuts and after wowing the William's Green stage at Glastonbury in June, The Rails brand of carefully orchestrated folk rock goes down a storm here too. Over in the den, Elliott Morris seems to be having a whale of a time, asking the audience to check out his site and not the one of the Glentoran goalkeeper sharing the same name before leaving us with a Michael Jackson cover. Derby's Lucy Ward is another vibrant proposition, introducing every song more enthusiastically than the last. Nevertheless, her Regina Spector-meets-first album Arctic Monkeys schtick is an engaging delight, and one that sets the scene for tonight's (and this weekend's) main event.

Say what you like about Van Morrison (and many have) but with a career spanning six decades and one of the most coveted back catalogues in the history of music, tonight's headliner is a real coup for Cambridge. Unsurprisingly, he doesn't disappoint and far an hour and fifteen minutes we're treated to some of the greatest compositions ever written. From his Them era 'Baby Please Don't Go' and elongated closer 'Gloria' provide the thrills, an elegant 'Moondance' the sophistication, and 'Brown Eyed Girl' the bonafide hit everyone present sings along to. Throwing in a couple of covers for good measure, most notably Don Gibson's 'I Can't Stop Loving You', Morrison is a man of very little words, choosing instead to let his music do the talking. Which it does in every conceivable way. As fiftieth anniversary celebrations go, finales don't come any better than this.

Bravo Cambridge! Here's to the next half century.