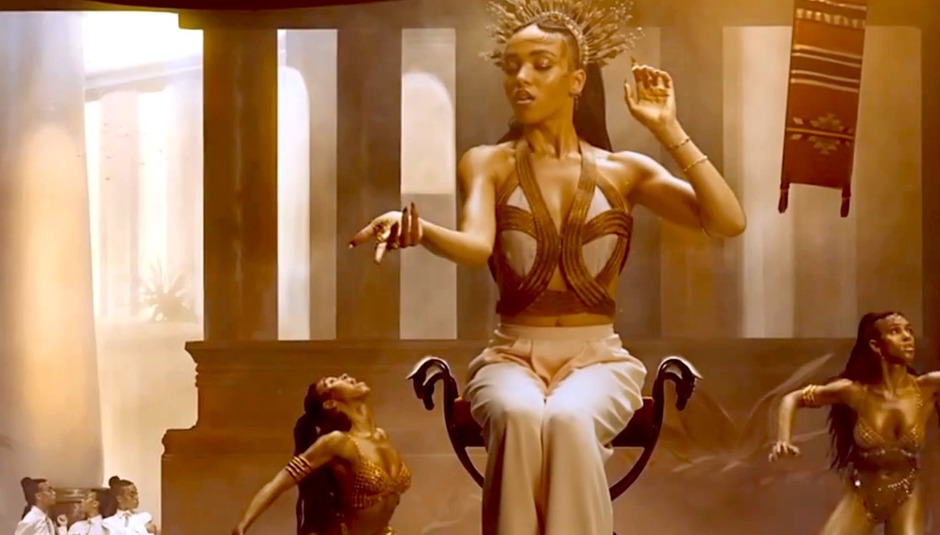 An hour of our editor's favourite songs released by "indie" labels so far this year.

I don't know about you, but I'm rather enjoying the fruits of 2014's loins. It's a weird year for music, but no weirder than any I remember. Whilst Beyonce and Bugg chug bubbly in fancy clubs that blast Iggy & Charli until the sponsored bar runs out, there's a plethora of wonderful independent artists running amok with sad synths and badass riffs. This topsy-turvy world is the same as it ever was, but with the renewed hope and financial investment that's come into the independent eco-system in the aftermath of the gargantuan successes of recent times (Adele and Bon Iver, to name but two) there's now fresh blood coming to the boil.

Take fka Twigs whose debut album finally drops next week via the Young Turks imprint. The label has had success with The xx and under the wing of Richard Russell's XL they have the resources to let an artist grow into themselves, all the while slowly building up awareness and picking up life-long fans before leaping toward the lilypad marked success.

Flick on BBC Radio1 and when 'Two Weeks' spools out of your speakers it's like a Mayan temple rising from a swamp of gurning EDM drivel, ballad-belching young diva's gone accidentally Kim Wilde, post-Biffy "emo" and skiffle piffle. It's not that the artist formerly known as Twigs sounds out of place, just that every ounce of her sound that oozes from the speaker feels like a flake from another universe. It's a song that comes from a place far-far away where Prince is God and Frank Ocean is claiming to be Jesus.

Nothing about 'Two Weeks' seems compromised to turn it into a palatable commercial product. There's no hint of anything forced to fit a perceived remit or re-edited for a specific demographic, it's just this one woman, who happens to be a force of nature, sitting in Cleopatra's chair, whispering tantric nothings... In much the same way Bjork ignited a fuse that blew the monolithic tankers of the mainstream left of centre, Twigs feels as if she's a few match scratches away from lighting a firework that will capsize those garish starships on the horizon.

Whilst much of the rest of this playlist may be lightyears away from planet Twigs and her drone'n'b, there is something about each of these tracks that gives you a window into their rich and often times quite turbulent worlds. Whether it's the Tron-like palace that I Break Horses has constructed, Nils' chilled concert hall or Broken Twin's dusty chapel at 4:32 on a misty November morning or even that feeling of riding the jet-stream with Chino's voice on the †††'s track, each of these songs feels like the result of an artist being given the freedom and the time to define who they are and construct the universe in which their music lives. It isn't that these artists have troublesome God complexes, more that they're on independent labels who allow them to flourish and become more than the sum of their body parts. These are people who have found and reconstructed themselves, before their audience finds them, so that when people rock up there's far more than one theme park ride.

What I'm trying to say is, without independent labels my ears wouldn't be purring, this website wouldn't exist, and 2014 would be quite barren. Music would still exist, of course, but without the dissident voices that inspire the next big sound Beyonce and Bugg wouldn't be half as interesting or rich or famous, and we'd all probably be listening to S Club clones or Mumford. And if you think clubs around the world would be jammed with kids waiting for The Drop without groundbreaking labels like Kode 9's Hyperdub (who have won this year's Innovator Award!) paving the way (even if their moving walkway flows in the opposite direction to Guetta & co) then I'm not too sure which planet you think music comes from.

Everything's constantly evolving and these are just 14 of the tunes that have had my head in a spin - not that I can guarantee any of them will win an AIM award when the winners are announced in September - although I had a lot of fun arguing the case with my fellow judges and hearing them talk passionately about the things they love.

I wasn't the only judge to make one of these playlists, visit theQuietus to hear Luke Turner's 14 for '14.

For more about the AIM awards visit musicindie.com/awards.