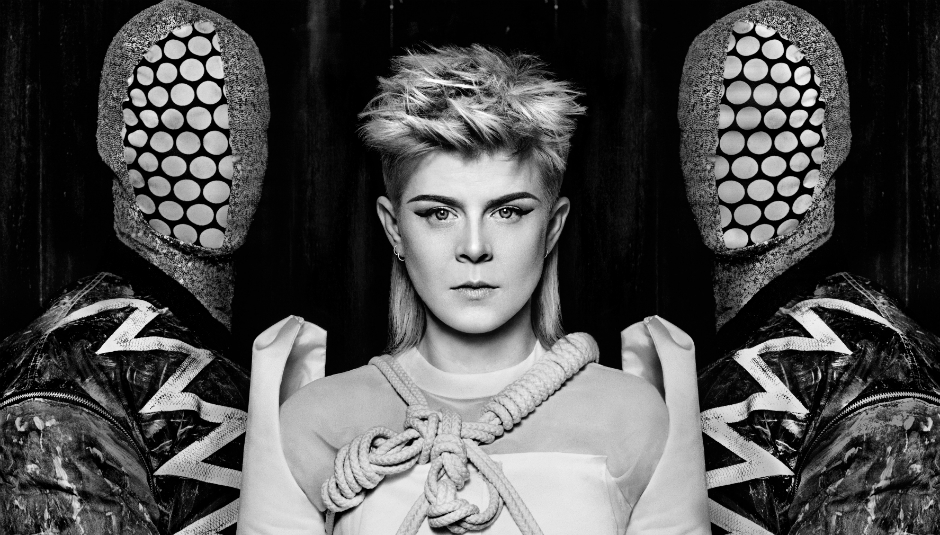 If there's one phrase to strike fear into the heart of any music fan, it's 'mini-album'. A flight of experimental fancy, usually born out of artistic torpor, that serves no one except its tortured creators. And yet, that couldn't be less of the case with Röyksopp & Robyn's Do It Again.

This trio take great pride in shunning the usual record-release-tour cycle, preferring to split their new material over two or three LPs as they did with the Body Talk and Junior/Senior series. Anything else would be boring, and that's something the long-time friends just won't stand for. Since first collaborating on 2009's 'The Girl And The Robot' and then 'None Of Dem' a year later, they've toyed with dance music convention in typically Scandinavian fashion. Now they've returned with Do It Again, a five-track offering of epic saxophone solos and S&M references.

To discover what inspired their latest voyage into pop oddity, we enjoyed a teleconference call with Robyn, Svein Berge and Torbjørn Brundtland. Fun and a fair bit of genial sarcasm ensued as they described eight key influences around the record...

Robyn: When we did ‘The Girl And The Robot,’ I just came there with very high expectations but I was totally open to what we were gonna do. I knew a lot about Röyksopp’s music but we had never met before we just got right into it.

There’s something very beautiful with being able to feel connected to other people and it makes you brave and it makes you realise what you have in common with other human beings. You kind of find a way to communicate things with other people that you might not see if you were besides yourself. It’s this magic sometimes that you feel when you meet people you get along with. I don’t know how to explain it.

Svein: Apart from the obvious handicap... No, I’m joking. It’s not as though we rate people up against each other, but you have friends in your own personal lives and it’s sometimes hard to pinpoint what makes you connected to them. I’m not one for dissecting such a thing. It’s just there and it works. Rather than put it under a microscope and dissect it, I’ll just go with it and enjoy it.

The trio wanted to avoid repeating themselves

Svein: I think it’s to do with the Number 1 driving force behind whatever we do, which is curiosity. We want to explore certain things we have done, Melody A.M. and our debut album - we wanted to experiment a bit more with songwriting and also we were riffing a bit more on the electronic thing.

I guess we were at the juncture in our lives when it all felt a bit gloomy and difficult, artistically. There’s never been a lack of creativity in any way, on a personal level - so we know Robyn and have a certain chemistry and friendship. So we spoke about doing something together but having no masterplan for it. Rather just hang out and see what the outcome might be while playing around with music. It was meant to be without inhibitions.

'Monument' is lathered in it

Svein: The challenge of even touching an instrument like the saxophone is that it’s charged with so much prejudice. All of a sudden it becomes something very specific. As soon as you say saxophone, you’re instantly thinking in terms of jazz or lounge, which is very dangerous territory I find.

So we had to approach the thing with a certain degree of caution, because you don’t want these 80's rock, T'Pau kind of thing and we know a guy [Kjetil Møster] who’s really talented in not only playing the saxophone but understanding the references we fed him. One of them was Ornette Coleman who made the soundtrack for Naked Lunch and just to add a mood to the whole thing.

Where Do It Again was recorded in Röyksopp's studio

Robyn: It has mountains around it and the sea in front of it, so you can imagine how beautiful that must be. It’s picturesque but it’s also very majestic.

Torbjørn: The city centre itself is really tiny. It’s so tiny that you can cartwheel from north to south. I find that the nature surrounding Bergen is quite astonishing. It’s really nice out here where I live because you have the ocean and a large collection of islands, scattered around.

Robyn: We had these two art directors called Sandberg & Timonen come up with the idea for the cover and the video for ‘Say It’. So it was their idea and we liked it. I think there’s something about the way that the graphics on the clothes and the masks create a pattern. I don’t know if you can see, but each side reflects the other.

Svein: The track ‘Say It’ has a certain feeling, almost a bit stern or strict bordering on the harsh. There’s a sexual tone to the track that I thought would be even better with these masks because it adds a bit of, to be topical, 50 Shades Of Grey. There’s an element of domination in there, which I find fascinating.

'Monument' is named after one of her sculptures

Robyn: I saw that sculpture in the Saatchi gallery in London in about 2010. For me it was something very concrete, she had made two sculptures of the imprint of her body. She’d dug herself into clay, and you get a real sense of human body and what it can do. It’s not just the shape of it, but how she’s used her hands and her feet and her being to carve out this clay. I guess it’s a philosophical sculpture but it’s also very concrete.

Svein: I’m re-reading The Manual by The KLF for the hundred and tenth time to make sure I know what I’m doing.

Robyn: I’m reading a biography about Arthur Russell, I’ve made a song for a compilation that’s coming out soon - I wanted to read up on him. It’s called Hold Onto Your Dreams by Tim Lawrence. It's very dense and long but very good.

The trio's most enduring fascination

Torbjørn: It’s not a humanoid robot but it’s an AI, artificial intelligence, called Hal from 2001: A Space Odyssey.

Torbjørn: He regresses to a childhood state, it’s kind of epic and sounds a bit rue. It’s believable to me. As anyone who’s had a hard drive or a computer that’s failing it’s the same thing. Everything starts lagging or going slow and I think that’s quite good in the way Hal dies.

Robyn: I think that’s the way humans die as well.