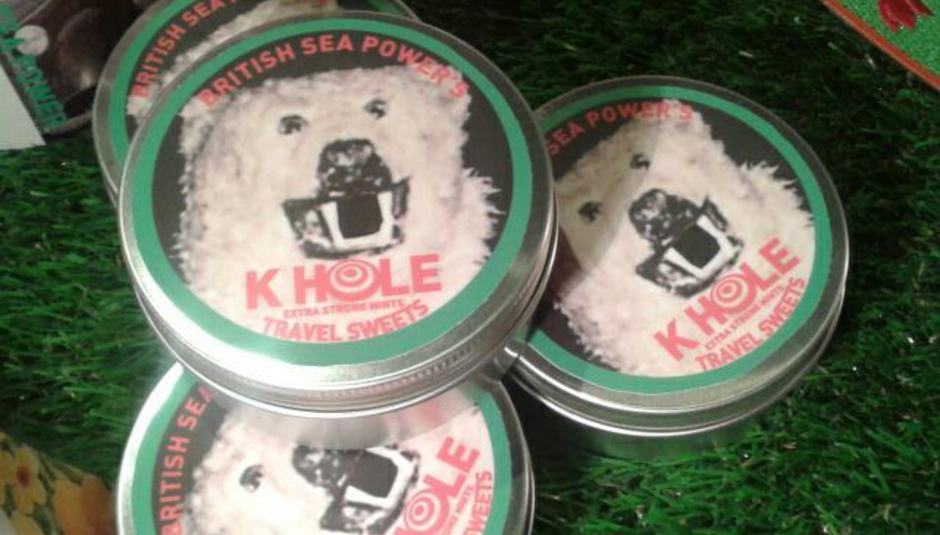 Record sales down? Radio playlists too predictable? Music television all but non-existent? Go to a gig then! For all the doom and gloom merchants out there consistently painting a picture of despair, one aspect of the UK music scene does appear to be thriving. While some may complain at ticket prices or many of the same artists trawling the live circuit up to three times a year (not to mention festival season), you; That's YOU; Continue to purchase tickets in droves.

Despite a wealth of small venues closing their doors for the last time - Highbury's Bull & Gate and Nottingham's Chameleon being two about to shut imminently - live music is still a popular pastime. Some sections of the media may like to tell you otherwise but the omnipresent "Sold Out" signs up and down the land tell their own story.

Bearing all this in mind, DiS spent three days last week attending three shows in venues of varying sizes and locations, watching bands with very little in common. The only denominator being that all three venues were healthily rammed to capacity.

First stop was Nottingham's Rescue Rooms, a venue that's undergone a bit of a facelift in recent years for the visit of British Sea Power. Always a welcome prospect in these parts, it comes as little surprise that tickets for this show had been snapped up within weeks of its announcement. For a band now entering their thirteenth year of existence they're still an exciting proposition, particularly in the flesh as tonight's two sets demonstrated.

"TWO SETS!" I hear you gasp. Yes, two sets, the first of which we thankfully arrive early enough to witness. Billed as the "quiet set", simply because the five songs they play are built around more laidback structures then the usually frenetic nature engulfing the majority of their output. 'Hail Holy Queen' and 'Radio Goddard' off recent sixth long player Machineries Of Joy nestle comfortably side-by-side with old favourites 'True Adventures' and 'Blackout'. The Wilkinson brothers Hamilton and Yan sharing vocal duties throughout, it's a mouthwatering appetiser for the main course to follow in about an hour's time.

Refreshed and suitably full of vigour, we trot next door into the main bar where an assortment of goodies tempt our purse strings somewhat. It's probably been said a million times before and not without good reason that British Sea Power possess the best band merchandise on the planet. From the "Bipolar" t-shirts adorned with twin polar bears to logo endorsed ordinance survey maps, they're several cuts above your average indie no marks and their fruit of the loom one size fits all chagrin. Our personal favourites though are the K-Hole Travel Sweets. Next up are Wigan's Brown Brogues, who are like a Lancashire Black Keys without the beards. Pleasant if uninspiring, their enthusiasm carries them through.

With the room now full to bursting point, it doesn't take long for British Sea Power to return to the stage, costume changes and all. Playing a set comprising of material spanning their entire career, it's heartwarming to see the newer songs off a record that only came out nine days ago finding themselves as well received as "the hits"; if that's the correct way to describe British Sea Power's better known songs.

At times the audience seem a little muted. Or maybe this is one of those shows where listening outweighs participation? But the delirious fanfares of 'Waving Flags' and 'It Ended On An Oily Stage' coupled with 'The Great Skua' in all its widescreen beauty, angst-ridden 'Mongk II' and climactic 'Lately' ensure the whole room is singing in unison by the close. Yan even introduces 'K Hole' as long lost b-side 'No Red Indian' which sends the away crew diehards into rapturous cheers for a few seconds at least.

Triumphant in every way possible, and more than ample justification for a band who epitomise longevity over the shallow trappings of fame.

The next day we're off to London courtesy of Nottingham's finest shoegaze outfit, Spotlight Kid, who just happen to be supporting legendary Creation Records stalwarts The House Of Love and offer a spare seat in their tour van to yours truly. Now people can say whatever they like about the Scala; and there's plenty that do; but in all my years of attending live concerts I've never witnessed a bad show at the venue, from the perspective of sound quality or otherwise. If the late afternoon soundchecks are anything to go by, this evening will be no exception.

Sitting in Spotlight Kid's dressing room dividing the contents of their rider (six bags of Walkers crisps and a dozen bottles of Kronenberg) between all and sundry, The House Of Love's Terry Bickers drops by for a chat. We're in awe to a man, drummer Christian Davis even posing for photos with him prior to Spotlight Kid's set.

Again, with tickets long sold out, it provides Spotlight Kid with a welcome opportunity to show the capital what they're made of, and even stripped down to a four-piece this evening they're a wondrous ball of energy. Sounding harder and heavier than before, the likes of 'Flute Song' (think Kate Bush's 'Running Up That Hill' played by Swervedriver) and 'Haunting Me' tear strips off the Scala's historic walls and ceiling, redecorating them in a transient blaze of kaleidoscopic colours.

With a new album She Paints Words In Red - their first in eight years - and a seemingly new lease of life where the previously traumatic relationship between Guy Chadwick and the aforementioned Bickers are concerned, The House Of Love are a revitalised, buoyant force. Tickets changing hands outside at double their face value tells its own story. As does their decision to play seven of the new record's twelve songs rather than play the safe nostalgia card this evening, a sure sign of a band's confidence in the strength of their own material. Nevertheless, things couldn't get off to a worse start as one of the guitar amps blows literally as soon as the band walk on stage. Then scurried attempts to repair and replace apparatus leads to one roadie falling haplessly over a trailing cable while the band play on regardless. It's a shambolic start to their biggest London gig in years, but one they manage to recover from in style.

While the title track, intricately poised 'Never Again' and reworked oldie 'PKR' ('Purple Killer Rose') fly the flag admirably for She Paints Words In Red, it's the tried and tested likes of 'Road' and 'Hope' that serve as a gentle reminder why The House Of Love remain so highly revered in music circles. Former singles 'I Don't Know Why I Love You' and 'Christine' turn back the clock gracefully, while the closing 'Love In A Car' is simply sublime. When the band return for the first of two encores; obscure b-side 'Phone' given a rare outing alongside the tried and tested 'Shine On'; Chadwick and Bickers exchange smiles, as if to vindicate the purpose of their return. Classic 45 'Destroy The Heart' concludes their performance, and it's smiles (and a few tears - joyful ones) all round.

Later on they'll play a not-so-secret aftershow set at Surya up the top end of Pentonville Road. For now though, this was as good a comeback show as we're likely to witness this year. Incredible.

Deprived of sleep and any ounce of sympathy from those around me, it's back to Nottingham and the homely confines of JT Soar for the final leg of this self-proclaimed three-day event. For those of you not familiar with JT Soar; and most of you won't be; it's basically a converted studio in one of the city's roughest suburbs that's kitted out like a living room complete with sofa, table lamps and even a grand piano tucked away in the corner. Even though there are only sixty people present it still appears to breach safety regulations, not that anyone's complaining. And did we mention there's no bar so the onus is on punters to bring their own beverages of choice too?

So, after a brief trip to the local off licence where vessels of cherry cola and cheap vodka are purchased, it's back to the venue for an evening of lo-fi indie pop where Derby's Lardpony are brewing up a storm in a teacup. Twee in outlook, Lardpony aren't exactly brimming with an ambitious experimental edge yet at the same time they execute their schtick with a bite many outsiders would never associate with a band reared on the back catalogues of Hefner and Sarah Records. Headliners Evans The Death have been favourites with yours truly ever since their excellent self-titled debut landed last summer. Now back to a four-piece after sometime bass player Lan McArdle's departure to concentrate fully on her other (main) project Joanna Gruesome, they've also arrived fully prepared with a handful of new songs to air this evening.

They also seem to have taken full advantage of JT Soar's bring your own beer policy judging by the empty cans of cider strewn around the stage barely a couple of songs into their set. Nevertheless, singer Katherine Whitaker is in fine voice, casually dropping former single 'Telling Lies' early on. In between are a host of new compositions. Opener 'Enabler' shows its creators in a more introspective light while 'Sledgehammer' is exactly that; two-and-a-half minutes of floorshaking punk pop. 'Petrified' seems to operate in a similar ballpark to album standout 'A Small Child Punched Me In The Face' along with fellow newbie 'Intrinsic Grey' which the band introduce by way of trying to sell a batch of homemade tie-dye t-shirts beforehand.

The biggest cheers are reserved for 'Threads' and 'I'm So Unclean', two shining examples of angst-ridden pop at its finest that bring the show to a close. With the album expected to be out before the end of the year and a slot at Primavera to look forward to next month, 2013 looks set to be an even better year for Evans The Death than its predecesor.

As for me, it really is time to get some well earned sleep.