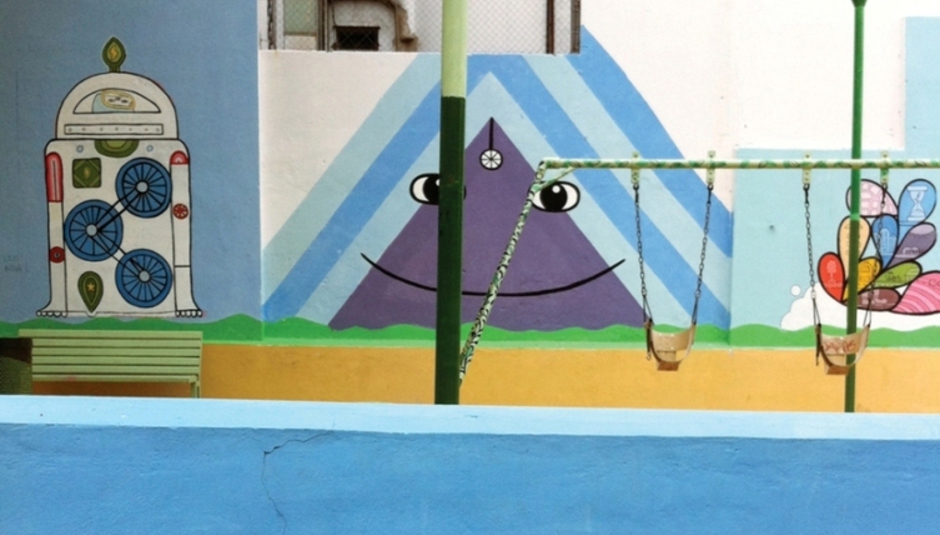 At the tail end of last year The Sea and Cake, the band moniker for the output of Chicago based songwriter Sam Prekop, released their ninth album proper, Runner. It received a series of strong reviews across the indie outlets you’d hope would acknowledge the next chapter of a career made from dense, complex, music delivered with a delicate, wistful, touch.

Runner moves the needle one increment more though and builds from its predecessor The Moonlight Butterfly. It takes Butterfly's dip into the world of arpeggio rhythms and stretches the rhythm out into a series of guitar jams that roll and tumble with effortless grace. Runner is more developed and sonically smoother that any of it’s predecessors, yet never shifts away from it’s fundamental supporting role to Prekop’s dawn-song melodies.

Exchanging emails with Prekop, it’s clear that each Sea and Cake album is a new exploration that should be considered in isolation first, as an initial discussion on their assumed acceptance of motorik rhythm reveals...

SP: One reason I think the tempo in Runner is so even, or consistent maybe - but I don't wholly agree with that suggestion - is that I've become increasingly interested in machine rhythm. ‘Inn Keeping’, from our last record was built around an analog sequencer pattern and in a sense that song for me became a gold standard lately and useful as a template of sorts for Runner. So a lot of the Runner material stemmed from synth patterns and rhythms as jumping off points. These work better when they're straight, less cluttered, ultimately and I've just followed through with these ideas.

That said, I don't think we've abandoned intricate curious rhythms at all, but I am definitely less interested in making music that one might find exotic - well, stylistically at least.

At the same time (and partly due to your distinct vocal style), a Sea and Cake or Sam Prekop album is always identified as immediately recognisable and, ultimately, the observation is that a Sea and Cake album can't sound like anything else. Do you think that ongoing coherency in a band's music and style brings benefit as regards longevity and the aggregation of a fan-base?

I guess so, maybe. I think it's interesting and maybe a bit rare that our music is pretty much immediately recognisable. If you're a fan this could be a good thing if not it will forever be a hurdle I'm afraid.

My vocals are not by design meant to not sound like anyone else. Of course, it's really just how it's worked out. I've never thought of myself as a proper vocalist and I think this is a reason I've been able to develop a unique voice over the years. I've never been hung up on the rights and wrongs of singing and have really just put the work into it. It’s all very intuitive.

A Sea and Cake album review will also bring with it an inevitable mention or reflection on the Chicago music scene. Do you feel that 'scenes' of note are generational and snapshots of a moment and community of genuine vibrancy or do you think that a city will always provide it's genius, but the industry focuses accordingly based on factors beyond the music? Do you feel things are different now in the way your music is received and talked about than when your earlier work came out?

I'll say I've never felt terribly connected to a scene per se. Of course I've been recognised as from the Chicago scene since the Nineties but that was more of a media concoction than a reality. It was, however, quite useful with regards to getting more of our music heard and recognised but really I have personally worked with only a handful of people over many years.

So I guess if a handful of people is a scene then, yes, I'm part of that, or a, scene. It seems to me that nobody could design a scene from the inside out and that as soon as it's recognised as such it's something else. People perceive and react to the music differently and of course I've always been pleased that our audience has always been a really broad range, so I meet people who have been following us our entire career and their take on what we're doing now, and how they relate to it, does seem to be a bit nostalgic in a way, but I also encounter plenty who have only heard the latest record. So I think it’s a healthy mix.

With your career now being one that is well established, do you feel that once a band is critically acknowledged as having carved its path, its influence moves from the output itself to the impact it has on bands in the wings or ‘the new’?

Well I need people to recognise my work in order for me to be able to continue to work, but how it's going to be received or who it might influence doesn't have any impact on the actual work itself. For me to get the work done is a truly myopic pursuit.

I'm proud to think that we've had an impact on people, especially other musicians. I hope my work stays in flux and in effect stays interesting. To be honest I hardly feel finished and look forward to making many more records.

To assume a different approach on the point of influence and it’s effect on spawning further artistic communities, if you had not been part of the Chicago Nineties guitar scene, what other scene, irrespective of time and place, would you like to have been part of?

Another ‘scene’ I would have loved to have been a part of would be Lee Perry during the ‘Black Ark’ era. It’s another situation where I would have certainly been a fish out of water and that notion of displacement is quite attractive to me.

As a young family and with your partner Bettina Richards being the owner of Thrill Jockey, music must have an all-encompassing influence on you all. Are your children expressing an initial interest in your music? You’ve an artistic family, was a career outside of music ever an option for you?

My kids have already expressed interests in music and I'm not one to push it on them. They've gotten to it pretty naturally it seems. My son considers himself a drummer at four-years-old and insists he's in my band. Luckily for me, I think I knew I was going to be an artist of some sort at an early age so, any other career path was never an option.

When you look at where you are now, and consider what your aspirations were when you first started exploring musical performance, has it rolled out as planned or expected, so far?

I started making music on a whim while in art school and really it was a nice distraction from my ‘real’ work at the time. My ambitions for it weren't many and, really, developed sort of casually. By the time it over took my time from painting, I was actually quite conflicted about it and was concerned that it could never be a serious pursuit. I was worried I was wasting my time but I couldn't stop and took that as an omen that I should keep at it.

When it started to feel like more than a hobby I was terribly excited with disbelief and this feeling hasn't diminished much even at this point. So to say I could have never imagined the course it's taken would be a huge understatement and I am extremely happy with how it's all turned out. I also feel fortunate that I'm quite restless creatively and never really feel fished or wholly satisfied with what I've done. I consider this an opportunity for more work so I don't envision an end to it anytime soon.

The Sea and Cake play London's Scala on Wednesday March 6th. To win a pair of tickets to the gig, comment below with your favorite S&C song. Winners will be notified by 5pm on Tuesday 5th March

Runner is out now via Thrill Jockey Records.

In Photos: Veronica Falls @ The Harle...