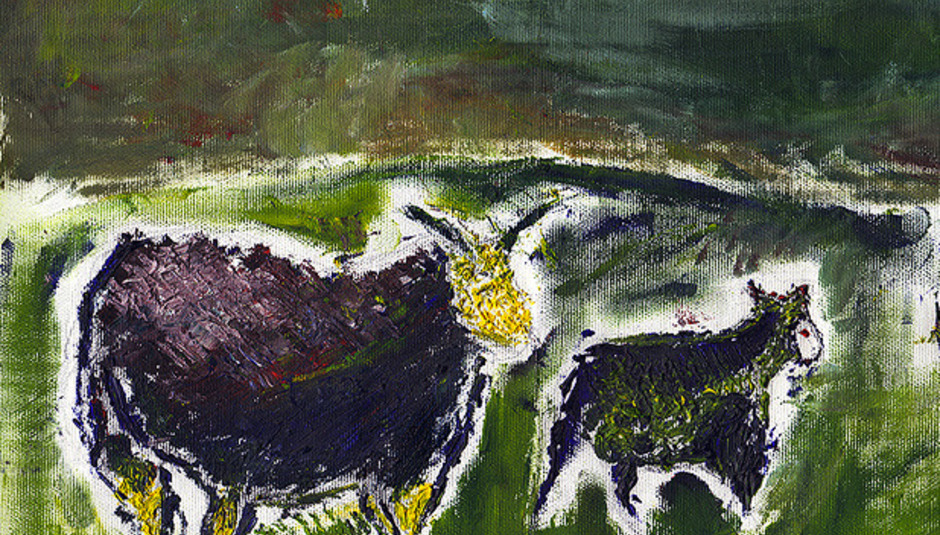 While we’re in reflective form, I’ll say a few words about the best book I read this year. In The Ego Trick (which was actually published in 2011), Julian Baggini talks about the role memory has in shaping our perception of ourselves. We adapt our memories, he says, to fit and expand the self-image we wish to hold. The same can be said for situations: we colour our memories of times, people and places in the tones that best reflect how we wish things were, rather than how they panned out in reality. I guess it’s why people always yearn for days gone by, forgetting their past anxieties because, you know, things were just better back then.

The most potent art can have a similarly distorting effect and for me, a year spent in the company of Seamus Fogarty’s debut album God Damn You Mountain has been a year spent forging new memories from the fragments of old ones. Memories that could feasibly be my own have been strengthened and rendered rosier by Fogarty’s collection of folky musings and ghostly field recordings. These are songs about apple groves and howling winds, of thatched roofs, bleating sheep and people greeting you in the street. The songs capture the essence of the Old Country, the sacred cow of emigrants: idealized by those who’ll never get it back, neglecting to recall the reasons why they left it all behind.

And yet, Fogarty is a young man still. In his case, the Old Country is a not-so-ancient Ireland and while he draws heavily on the traditional music that helped define his formative years, it’s doubtful whether that alone would contribute the magnetism in which this record is steeped. Instead, the fiddle, guitar and banjo are cloaked in brumous electronics, snippets of conversations and the sounds of drawers slamming and eggs breaking, that give these songs etherealness that while fabricated, sounds wholly organic. It’s appropriate that most of the off-stage footage that exists of Fogarty playing them have him in a forest clearing, sitting on a mossy rock.

Musically, it’s a trip. ‘The Question’, a humorous, gentle flirtation with country, provides some of the most straightforward moments. On ‘Rita Jack’s Lament’ and the standout closer ‘The Evening Lay Down Upon Us’, though, Fogarty shows his experimental bent. Both explore the boundaries of song structure, warping and morphing, punctuated by echoey samples, lucid then grainy. Fogarty’s plain-as-mucky-boots singing voice keeps the record grounded: a welcome dose of reality amid the celestial wanderings.

It all adds up to one of the few albums I’ve heard in recent years with the ability to uproot you from your point of listening and replant you somewhere else. It’s sad, it’s lovely, and it evokes a world I’ll probably never live in, but one that feels familiar all the same.