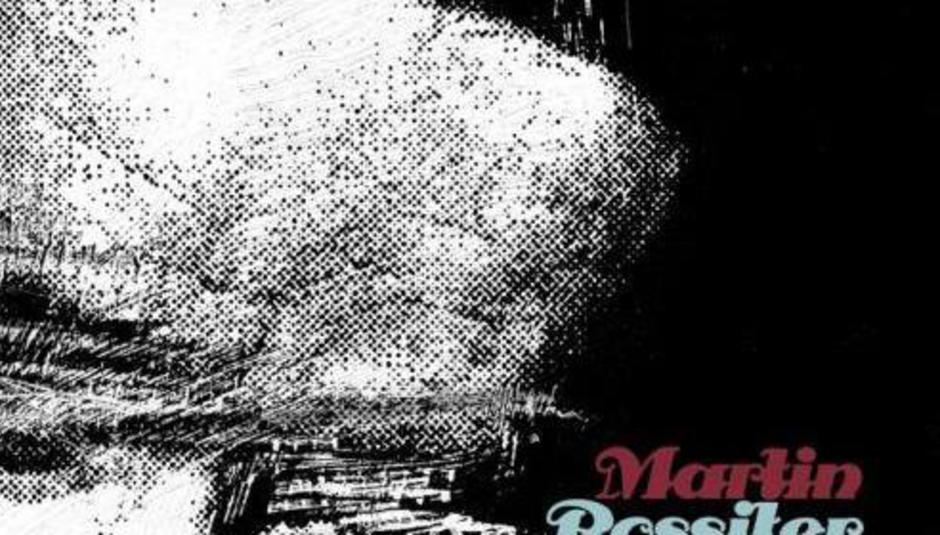 Distance. Separation. Sadness. Pain. A spark of wit, a soaring voice and a lonely piano. Ladies and gentlemen, the great lost masterpiece of 2012.

With his band Gene, the elegant wastrels of 90s indie, Martin Rossiter sold out the Albert Hall. Martin Rossiter sold a million records. Martin Rossiter has been on Top of The Pops, enjoyed the patronage of Morrissey, and played Yahtzee with Damon Albarn. Martin Rossiter headbutted Dennis Pennis. The final Gene album, 2001’s Libertine was their strongest, saddest, grandest yet. The only problem was nobody bought it. The millennium turned, the public were buying Limp Bizkit and Starsailor albums, Albarn started playing Yahtzee with cartoons and Martin Rossiter went to ground, his name fading into myth, and even myths are eventually forgotten when the age that bore them comes round again (sic).

Maybe it was the stirring of his peers in behemoth reunion cash-ins, or maybe something bothered in his gut that he couldn’t contain. Whatever the reason, something pushed Martin Rossiter back into the musical world, and while his former sparring partners rolled out the hits to bloated 30 somethings in fields wearing ill fitting Oasis shirts and floppy brimmed hats, Rossiter quietly got on with producing ten tracks of honest, unutterable beauty and charm.

The Defenestration Of Saint Martin is the most naked, deliberate and stark record you will hear this year. Rossiter places no barriers between his audience and his emotional intent. There is no fat here, no musical mugging, and nothing to hide behind. Opener ‘Three Points on A Compass’ is clearly, demonstrably about a horrible father, “You broke our home and I will never forgive” sings Rossiter, “with whom were you entwined?” he asks. The chorus runs “the only thing I got from you was my name”. There’s ten minutes of this, building to a hammered piano crescendo, and the truth-baring tone never lets up. And yes, you’re right to back away slightly- it’s an intimidating concept on paper. But Rossiter knows his craft better than that, and the entire record is melodically very satisfying. He doesn’t sugar the pill at all, he simply makes the pill itself wonderfully easy to swallow. These are solidly constructed songs, sad but very beautiful.

There’s wit here too, lest we feel it’s all a bit too bleak. ‘I Must Be Jesus’ takes childhood depression and makes it glorious. Rossiter has always been a witty writer, and it’s not just present in the lyrics - his valleys background manifests as he replicates himself into an entire male voice choir for the chorus, preceding his declaring of deity with the wonderful line ”and yes, I do mean that literally”.

There’s no filler here, it’s reigned in and restrained when required, and playful and even bombastic when the moment demands it. Rossiter starts with the emotional core of each song, and builds out as required. It’s almost entirely piano and a lone voice, embellished by the occasional overdub for effect. It allows the tunes to breathe, allows ‘Drop Anchor’ to to be splendid and sad, or ‘Where There Are Pixels’ to be grand melancholy. For such an emotional record it’s remarkably easy to listen to, without - and this is important - ever being Easy Listening.

And then, just at the death, when you think you’ve got the record pegged, Rossiter wrong foots you one final time, crashing the final thirty seconds of the final verse of ‘Let the Waves Carry You’ into a full rock band and shocking you out of your introspection. It’s a very clever stroke indeed, referencing the past but possibly pointing to the future.

In a recent humdinger of a DiS interview Rossiter claimed he had to sell a certain amount of albums to guarantee doing another record. If that’s the case, then please buy this. Buy TEN. The Defenestration of St Martin is a heartbreaking gem of a record, and it would be a shame to lose its author to the wilderness once again. This review began by stating this was “the great lost masterpiece” of 2012 let’s make sure people start to find it.