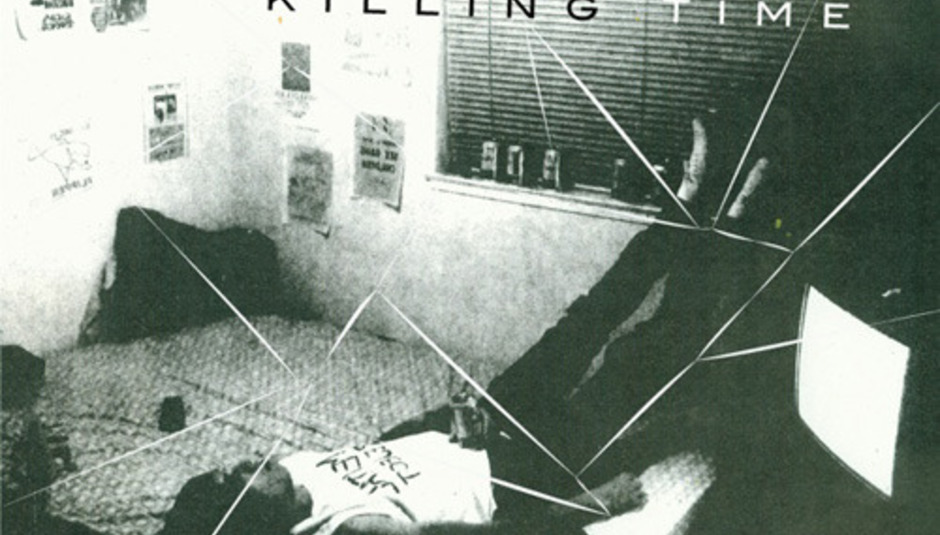 Once upon a time, two friends from San Francisco's Bay area started a band called Magic Bullets. Fuelled by a love of classic guitar-crafted pop music from the 1980s like The Go-Betweens, Orange Juice and The Chills, Magic Bullets went on to record two albums and a handful of singles and EPs before calling it a day earlier this year. What has that got to do with Terry Malts? Well, those two founder members, Philip Benson and Corey Cunningham, along with fellow Magic Bullet Nathan Sweatt, had already started planning their next musical venture. With a decade's worth of experience playing in bands behind them, the three of them embarked on a new direction two years ago and the embryonic Terry Malts was conceived. Whereas their alter egos practiced the art of clean-cut, wholesome pop, their latest excursion would come from the polar opposite of music's broad spectrum. With a six-song cassette entitled Distracted doing the rounds at the back end of 2010, it wasn't long before Mike Schulman's Slumberland imprint got on the case and before anyone could say "Who are they?" two seven-inch singles were upon us.

However, that isn't where the story began for yours truly. Back in February 2011 prior to one of the loudest shows Brixton's Windmill would ever play host to, Weekend's Kevin Johnson and Shaun Durkin gushed forcibly about their favourite fellow San Franciscan bands. The first name off the tips of their tongues just happened to be Terry Malts, and a few weeks later, a swift visit back to the capital's Rough Trade East emporium ensured the 'I'm Neurotic' seven-inch was in my possession. Of course that's just the beginning, after all, had its contents been uninspiring that seven-inch would have been confined to a space inhabited by the likes of Republica's 'Ready To Go' and Megadeth's 'Anarchy In The UK' (well, we all make ridiculous "impulse purchases" when we're young) for all eternity.

Thankfully, that piece of plastic was a revitalising slice of fast and furious, lo-fi punk pop, and with another 45 unleashed before the year was out ('Something About You'), the prospect of a full-length album in 2012 wasn't something to be scoffed at. Sadly, and one can only think it would be due to the lack of a PR machine being in place to ram the message down any unerring writer's throat, the release of Terry Malts first long player Killing Time back in February seemed to pass all and sundry by in an instant. Which is a crying shame because in and amongst its fourteen sketchily assembled pieces is a lineage that inherently devours all things Buzzcocks, Mission Of Burma, Another Sunny Day and The Ramones yet still manages to sound convincingly unique and of its time.

With Benson assuming bass and vocal duties, Cunningham on his customary guitar and former bassist Sweatt now occupying the drum stool, Terry Malts have conjured up a record that doesn't outstay its welcome while providing a much-needed injection of urgency into a stale punk rock scene still licking its wounds from too many Green Day soundalikes and their ilk.

While every one of the songs on the aforementioned Distracted cassette turns up here, re-recorded although at times barely noticeable, it's the way Terry Malts switch their focus from being lovesick puppy dogs ('Something About You') to twenty-four hour party hedonists ('Where Is The Weekend?') while all the time reminding anyone that cares to listen why snotty, obstropolous put-downs work best when set to buzzsaw guitars and a rhythm section that barely pauses for breath. Whether it be the ramshackle charm of 'Not Far From It' ("You're so desperate for some fun"), feedback drenched 100 seconds long protest songs ('No Sir I'm Not A Christian') or gnarly punk with a caustic edge ('What Was It') Killing Time has it all.

There's even a nod to the first Ramones record in the way heartbroken closer 'No Big Deal' mirrors that album's 'Today Your Love, Tomorrow The World' climax. Away from the predictable clan of electronic bores, posh folk wannabes and perennial buzzbands devoid of any passion or substance, Killing Time is a welcome respite, and one whose creators deserve a modicum of recognition for at least remaining true to themselves.

Here's to the follow-up!