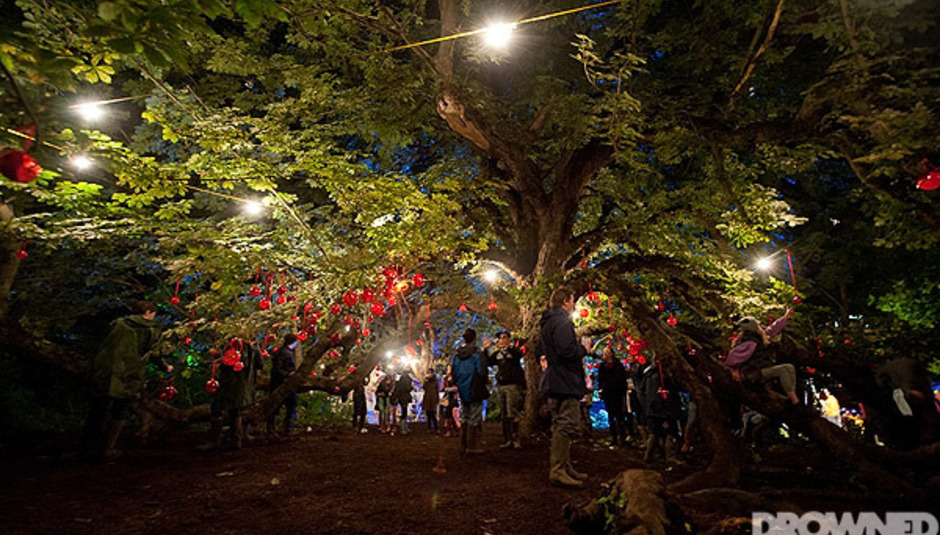 First thing’s first: Avatar sucked. Avatar sucked because it was supposed to provide escape via a rabbit hole (or in Avatar’s case – a weird sunbed) into a different reality and it didn’t. SORRY GUYS! James Cameron had us sit through over three hours of environmental politics masked as a fantasy mash-up between FernGully and Apocalypse Now. The 3D dried my eyes out, gave me a migraine and reminded me I was still in an Odeon. So when Sigourney Weaver’s character advises the main potato-head dude “Just relax and let your mind go blank” before he enters the Platonic matrix of ‘Pandora’ (I can’t quote Avatar, I’m watching the trailer here), I couldn’t relax and enter this magical realm because a) I wasn’t physically there and b) my mind was distracted. Instead of being in Pandora, I was stewing in a cinema wearing 3D glasses over real glasses while the guy next to me was preparing jalapeno nacho mountains that smelled of stale socks – something the Navi didn’t possess. No, Avatar wasn’t the three-dimensional immersive getaway advertised.

Latitude, on the other hand, is EXACTLY like Avatar (ish) but real (I know you’re thinking, 'Um ok there are no dragon fireflies, no war, and it lasts longer than three hours…' but hear me out). After Elbow headline on Saturday night, I decide to explore every nook and cranny of this mystical site. I happen upon Wanda Jackson playing in a film tent at 1AM (I think it’s an impressionist); I locate a faraway saloon where a folk band cover Folsom Prison Blues in their Stetsons (I think it’s Johnny Cash); I see hundreds throwing shapes to SL2 in the Guilty Pleasures disco (I think it’s 1992); I seek warmth in the Literature tent and leave in search of people who can actually tell jokes (I think it’s shit).

Heading into the woods, staring at the moon, expecting to see Elliot riding his bike with E.T. any minute (I hadn’t eaten much in hours besides Doritos), I spot a towering, long-haired figure by a tree looking awe-struck. It’s Josh T. Pearson who DiS interviewed earlier – “Take my arm, Eve. This place is out of this world,” he mutters and we walk through winding pathways like the BFG and Sophie. In the corner of the forest are thousands of skanking silhouettes and the bass of UK garage as Shy FX conduct a rave at 3AM. “ONE MORE TUNE!” we demand before dispersing, some to sleep, others to create their own fun – an enchanted evening. I wind up with new friends in a speakeasy bar, lying on couches and playing charades. My speciality only ever takes 10 seconds: “film… one word… *Edvard Munch face*” (That’s Scream by the way – you can do the whole series and nobody expects you to be such a jerk). At five o’clock security tell us we ought to go to bed. I feel like I’m at Brownies camp playing at teddy bears’ picnic: childish and secure…

It’s the sense of “safe” that’s created this vanilla, family-orientated reputation for Latitude (and also screaming teens running around the woods like they’re in The Hunger Games, except sadly not wiping each other out.) I was prepared for hummus workshops where I could learn How To Be Gwyneth Paltrow, watch Guardian podcasts recorded live, listen to Regina Spektor and go to talks on hydroelectric cars. Basically, I thought it would be like M&S but outside and Zooey Deschanel would be at the gates saying (*food porn voice*) “This is not just any festival…” I did hear one child inquire: “Mummy! Daddy! Is this salsa homemade or is it out a packet?”

But at night Latitude turns on its head and comes alive… though don’t freak the crap out of yourself and jump in the lake. That’s right, there’s a lake! With water! (Massive Health & Safety WTF). Henham Park has been designed by someone having their ultimate LSD experience while listening to psychobilly and reading A Midsummer Night’s Dream. It looks like a regular forest (*TIMEOUT* how many festivals are in a FOREST?) but it’s an augmented reality, taking your empirical knowledge of Duke of Edinburgh expeditions and Looney Toons skits and messing with it like a mischievous nymph controlling 35,000 people’s perfect acid trip. There are penned sheep spray-painted the colours of Rainbow Drops (HELLO RSPCA!) and the woods are decorated with sculptures, fairylights and security guards (SHUT UP, CRIME).

Latitude is a bona fide fairytale, better than James Cameron’s self-indulgent Pandora or watching other people play Zelda. Here, it’s as though you are Link but better because you can eat nachos without waking from the reverie.