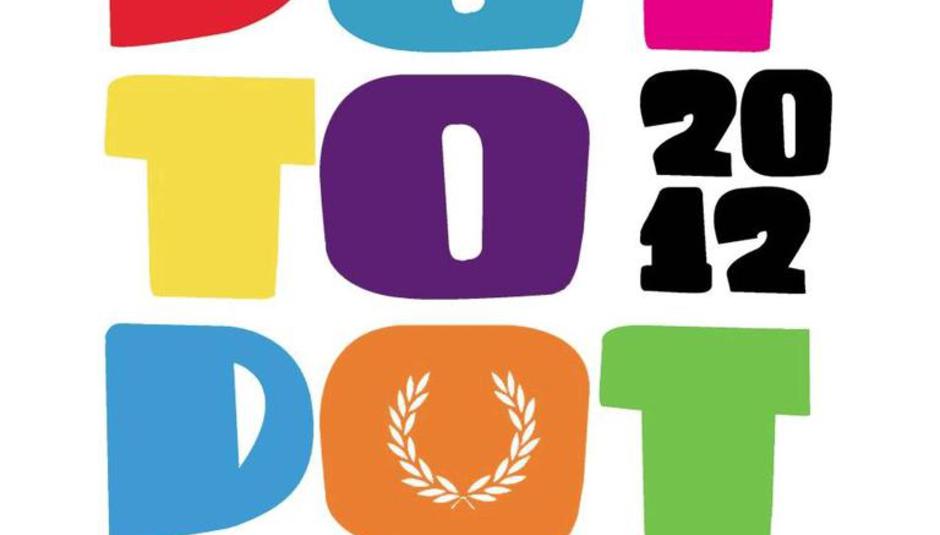 With festival season about to enter its busiest period, this second scene report of the year from Nottingham and the East Midlands focuses specifically on the numerous events already scheduled to take place in that part of the world over the course of the summer months.

Nottingham's gig going public find themselves spoilt for choice over the first two weekends in June, with no less than four major events set to take place in and around the city and its surrounding areas. While the long established multi-venue extravaganza Dot To Dot Festival - now in its eighth year - leads the way, the Nottingham leg of the round robin event also featuring Bristol and Manchester due to take place on Sunday 3rd May, the following weekend undoubtedly represents the East Midlands busiest on the musical calendar this year. 2012's Dot To Dot will also see the introduction of a fringe festival, where another nine venues already and more to be confirmed will host a variety of live events including music, spoken word, craft fairs, art exhibitions and films on the same day.

With 110,000 metalheads set to converge on Donnington Park just off J24 of the M1 and A453 for this year's Downloadfestival, the traffic police are already going to have their work cut out. On the same weekend over the other side of the county at Welbeck Abbey, the first No Direction Home festival opens its doors. Organised by the same people responsible for End Of The Road, this year's line-up is among the most DiS-friendly on the UK circuit. As if that weren't enough to be getting on with, ace local label Gringo Records will be hosting their fifteenth birthday party over the course of the very same weekend at The Space in Nottingham's Contemporary Arts building. Featuring a host of acts from the label's back catalogue plus live staples of their Damn You! promotions roster, it promises to be an excitingly memorable event.

Add to that Splendour Festival, which takes place on Saturday 21st July at Nottingham's Wollaton Park, the Waterfront Festival, an all-day event scheduled for the city's Canalhouse bar on Saturday 23rd June, Out The Box which takes place at Alfreton's Amber Valley rugby club over the weekend of 15-17 June and of course Indietracks, set to happen from 6-8 July at the Midland Railway Centre in Butterley and you can see why the East Midlands really is one of the places to be this summer.

Here, we've put together a selection of artists appearing across each of the aforementioned events definitely worth checking out this summer.

Pond
They may share members with Tame Impala and sound like ...And You Know Will Us By The Trail Of Grateful Dead but live, they're a potent mix of psychedelic power riffs and improvised noise while in frontman Nick Allbrook, possess one of the most flamboyant lead vocalists in years. Their numerous shows at this year's Great Escape drew plaudits from far and wide. Time to check what all the fuss is about then...

Hookworms
Leeds supergroup of sorts Hookworms, having cut their teeth in various outfits both past and present across the city remind us of the first time we heard 'Rollercoaster' by Spacemen 3 or Loop's 'Collision'. Yes, that good.

Black Sabbath
OK, so the purists and pedants out there will claim this isn't strictly a Black Sabbath show, what with no Bill Ward behind the drumkit. However, if reports of their recent comeback show at Birmingham's 02 Academy is anything to go by, this much-anticipated headline slot at Download should be an event in itself.

Kagoule
Nottingham based three-piece Kagoule might have only just finished their 'A' Levels, yet their melodic, grunge inspired post punk has been creating a storm around the city for several months now. Opening the Dot To Dot bill at the newly added Jongleurs venue, get there early. You won't be disappointed.

August Actually
This Nottingham based collective play lo-fi folk that wouldn't sound out of place on a Sarah Records compilation from 1988. Already gaining a reputation for their enticing, if occasionally shambolic live performances, their mid-afternoon slots at both Out The Box and Waterfront festivals providing a perfect accompaniment to the (hopefully) scorching hot sunshine.

Childhood
Another local band we've been banging on about for several months now, and with good reason. Having supported the likes of Real Estate, The Maccabees and The Twilight Sad recently not to mention wowing punters at The Great Escape, this C86 inspired four-piece are something of an anomaly on Splendour's mostly Radio Two friendly bill.

Veronica Falls
Admittedly confirmed for several events over the course of summer, this melancholic four-piece released one of the best debuts of 2011. Therefore, it would be wrong not to take advantage of at least one of the two opportunities East Midlands folk have of catching them this year.

Richard Hawley
Having undoubtedly created one of the albums of the year in the near flawless Standing At The Sky's Edge, 2012 looks set to finally launch Richard Hawley to major league status. With a full UK tour planned for the autumn, here's a chance to be among one of the first audiences to see him perform songs from the record alongside other notable cuts from the likes of Coles Corner and Lady's Bridge.

Bilge Pump
Veterans of the Leeds alt-rock scene they may be, yet Bilge Pump still manage to sound like nothing else on earth. Fusing freeform jazz stylings with crushing riffs a la Melvins or The God Machine, this rare outing at the Gringo Records birthday bash will be well worth the admission fee alone.

Refused
When Dennis Lyxzen and co. announced they were getting back together, several thousand metalheads screamed for salvation in unison. Regarded as instigators of the "nu metal" onslaught at the turn of the millennium, despite being light years ahead of most bands associated with that scene, 1998's The Shape Of Punk To Come still stands out as one of the finest rock albums of the past twenty years.

Live - the best of the rest

2nd June - Sleaford Mods + Dick Venom & The Terrortones + Daylight Frequencies + many more - Chameleon (The Queen Is Not Dead! all dayer)

If anyone has any Nottingham based bands, gigs, releases, links, events or clubnights to add please do so in the comments section below. Normal service featuring bands, labels and releases will resume late August/early September.

In Photos: Saint Etienne @ The Leadmi...