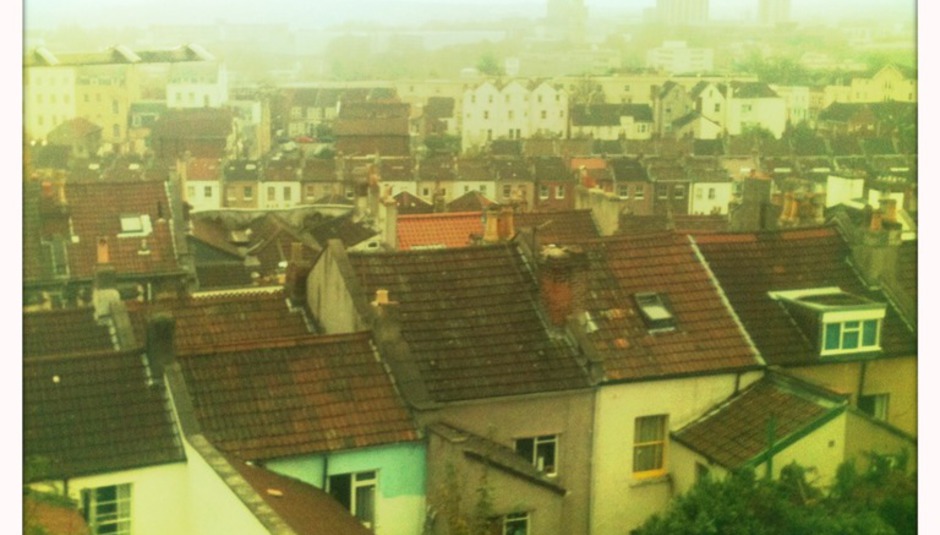 Welcome to the much-belated first Drowned In Bristol column of 2012. First off, an apology - not only is this column about two months late, but it’s also fairly light on word-count compared to previous editions (although, personally, I’d argue it’s just more efficient). Either way, it’s all a bit no-nonsense this month - a bit of info on local Record Store Day happenings, and a few choice new releases from some Bristol-based artists. Full service may-or-may-not be resumed for DiB #10… Enjoy.

There are a handful of Bristol-affiliated artists with special releases on the day (this Saturday, 21 April - in case you didn't know). Firstly, loop-manipulating, post-rock favourite Gravenhurst has a new single, titled ‘The Prize’, which is being released on limited 10” (apparently the track is too long to fit on a 7” record) via Warp Records. ‘The Prize’ preempts a full new album, The Ghost In Daylight due 30 April. Gravenhurst is also set to play a solo set as part of a special RSD instore at the Bristol branch of Rise Records. The free instore also features sets from Summer Camp, The Duke Spirit and excellent local fuzz-rock outfit The Fauns (who also have a new album due this summer).

Meanwhile, Invada-boss and Portishead mainman Geoff Barrow releases the second of three albums he has lined up for the first half of 2012. Working as Drokk, alongside longtime friend Ben Salisbury, Barrow releases Music Inspired by Mega City One, a John Carpenter-indebted fictional soundtrack album inspired by the universe of Judge Dredd from the 2000 AD comic series. The album is released as a limited-edition CD on the day. The other two albums Barrow is currently promoting are his hiphop collaborative album, as Quakers, recently released on Stones Throw, and the sophomore LP from rock trio BEAK>, due next month.

Excellent Bristol-affiliated imprint Howling Owl Records also have a special Record Store Day offering, featuring four tracks from four of the label’s circle of acts - Spectres, Towns, Fairhorns and United Fruit. You can pick up one of the limited, specially designed 12”s from Rise, where Spectres and Towns are also playing.

Ever the local weirdos (and I mean that in an entirely affectionate way) DiB’s favourites OLO Worms release their Image EP to coincide with this year’s Record Store Day. The EP collects the four tracks from the band’s excellent Polaroid series from last year, plus one new track. The EP will be available in several formats, including a USB stick housed in a coffin shaped vinyl box engraved with the band’s pin numbers, something called an image cube, and a more straightforward BandCamp download. You can stream the whole EP via BandCamp now.

Meanwhile, Head (formally Virgin Megastore/Zavvi) play host to free instore sets from, among other, The Naturals and SJ Esau from 2pm.

Artifact is the latest Bristol-based producer set to make an impact on the country’s wider dance music scene. He’s recently signed to consistently excellent label Local Action, who have made the two tracks above available as a free download to celebrate. His production style has a very current, Bristolian quality to it - taking the darker, bass heavy tones of dubstep and reworking them into 4x4-driven, floor-filling house tunes. A vinyl release from him is expected on Local Action later this year. Also check out his excellent single for Deadplate Records from back in January of this year.

The latest release from the Multiverse stable sees fast-rising local producer Kahn (this is the first of two occasions I’ll mention him in this column) reworking this cut from Baobinga’s excellent Joint Ventures LP. This funky, grime-infused reworking is out now on vinyl via Baobinga’s own Build imprint, and will be available digitally from April 30.

Delifinger is the solo project of Matthew Lacey, one quarter of the above-mentioned OLO Worms. His solo work sees Lacey working in slightly more straightforward, singer-songwriter territory than his releases with that band, yet there’s still plenty of experimentation, some clever arrangements and lovely vocal harmonies at play across the four-track EP. Escapes is out now via King Creosote’s Fence Records, while Delifinger plays an EP launch show at Café Kino this Friday (20 April).

Empty Pools are a relatively new, four-piece art-rock outfit who have recently unveiled a very promising first set of recordings. Their sound is obviously heavily influenced by the Sub Pop and Thrill Jockey schools of indie rock, but for a new band they have a remarkably fully-formed sound, characterized by some confident, nicely-scruffy guitar work and interesting song arrangements. ‘Vanderbilt Cup’, which you can download via the SoundCloud player above, is the first track the band are releasing from these sessions, the rest are being kept under-wraps until later this year, but are definitely worth keeping an eye out for. You can catch the band at Dot To Dot festival at the end of May.

'Find Jah Way' is the first release from Peng Sound, the new label offshoot of the dub-inclined Stokes Croft clubnight of the same name. The track itself comes from Gorgon Sound, a collaboration between Young Echo member Kahn and Neek, and sees the pair reworking the synth riff from Superisk’s 2010 Punch Drunk release Find Your Way into a lively, lo-fi dub anthem. The b-side is a mellower remix courtesy of local dub mainstays Dubkasm. In other Gorgon Sound news….

Obstacles the debut album from local alt-rock band Island Audio is due for release on 23 April via Bristol-based indie label Sink & Stove, but you can stream the whole thing now via the band’s BandCamp page. The album consists of ten tracks of carefully arranged, shoegaze-tinged indie pop that shows a lot of promise from the band.

Jessie Ware isn’t from Bristol, so I’m being fairly tenuous here, but this recently unveiled track from her forthcoming debut album is produced by local hero Julio Bashmore, which I reckon is excuse enough to include it. (Also, does this remind anyone else of this, or is it just me?)

Concrete Sea, one half of the recent double-A side single from Bristol post-punk four-piece The Naturals, has already received praise on the pages of DiS, featuring in Dom Gourley’s recent drone/noise-rock mixtape. The track above makes up the flip side of that single and is an excuse for me to reiterate Mr Gourley's praise for The Naturals’ exceptional brand of melodic drone-pop. Both tracks are available on 7” now via Howling Owl Records. You can next catch the band when they play Simple Things Festival on May 6.

For occasional links to new music, mixed with a lot of inane nonsense, you can follow Si on Twitter here.