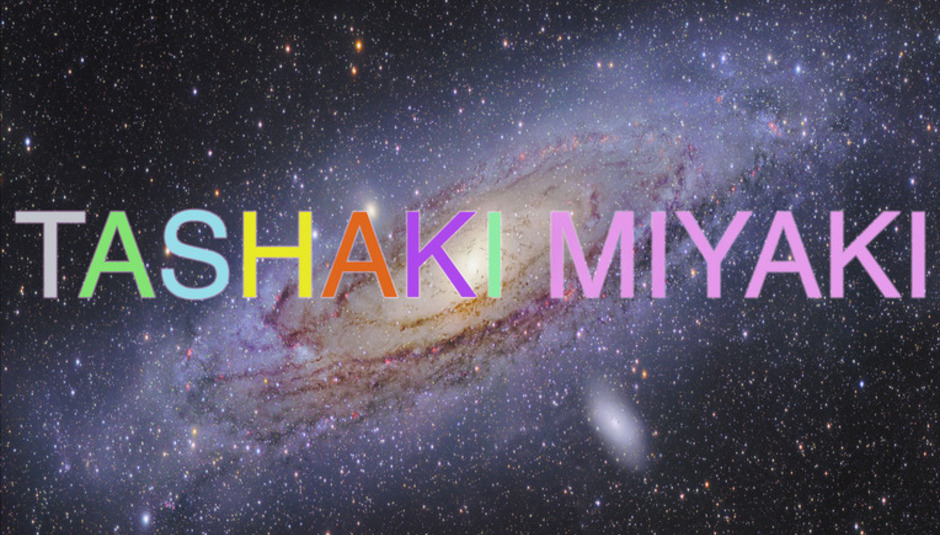 You could argue that a deathly pale, k-hole-occupying, curtains-drawn approach to a cover version is no different or less calculated than wanging your latest effort into The Wub Machine. But I have loved The Everly Brothers ever since I stole the cassette out of my Dad’s Volvo aged ten and am not in a cynical frame of mind; Tashaki Miyaki’s version of ‘All I Have To Do Is Dream’ is absolutely topping, a song for hopers who don’t have it in themselves to hope any more. Full of anguish and wallow, it is. (B-side here.

Clock Opera are by no means a terrible band - in many ways they are more ambitious than half the stuff that plops through my door. But in the video a jeggings-clad, beautiful young lady applies hair pomade and a Freddie Mercury mustache before making pancakes on rollerskates and then making two old men wear the pancakes as masks before making them snog so she can film them with an enormous 1980s video camera. Which doesn’t so much ‘bring the song alive’ as it does ‘make me want to ask Clock Opera why they are being deliberately obtuse’. Also, the press release tells me ‘Man Made’ is inspired by Graham Rawle’s marvelously odd, cut-up graphic novel Woman’s World. Which is ‘great and everything’, but it’s kind of like me saying this column was inspired by Pnin.

I am not going to lie, reading about Jason Pierce and how he NEARLY DIED about ten times always brings out the Mum in me - he provokes similar reactions as do Arctic Explorers, Solo Round The World Yachtsmen and Michelin-Starred Chefs. By which I mean, I should be thinking about spiritual quests and rock’n’roll and bliss and torpor and BEING SUNG TO BY FALLEN ANGELS and - to give him his due - I did once; I saw Spiritualized at ATP and me and the three chaps I stood with were ruined, bawling like orphans, we was. But mostly when I am reading about Jason Pierce or called upon to appreciate his art I am thinking NEVER MIND YOUR LIVER, WHAT ABOUT YOUR BLOODY WIFE. ‘Hey Jane’ is apparently about the love of his life, of course, but you won’t know that from watching the video because it is an absolutely wretched watch. Having conjured the world in all its shitty glory, they then almost gleefully rub your whole face and hair in it. It's all quite tiring, if you ask me.

Mafia Lights have written a song about people talking to themselves and it is quite the woozer, all mini kaleida-bursts of synth sparkle and wonky vocals put through the theremin. The thing is, if you are going to write a song about people talking to themselves it would be nice if it wasn’t just limited to ‘talking to yourself in your head’ as it is here. I mean, 'talking to yourself in your head' is quite good, especially if you are at a car boot sale and you are in front of a load of old toot and thinking, at the same time as smiling at the seller, ‘My god, what a load of old toot’. I mean, what if it took in all the shades; running the gamut from ‘Asking yourself what you came upstairs for’ to ‘Imagining you are being interviewed by Mark Lawson slash James Lipton about your amazing novel slash bravura turn in that incendiary indie film’ to ‘Asking the cat what exactly is its problem’. In many ways, you see, ‘Spiriting’ is pleasant and wobbly and nice. But I just feel like a song about the first sign of madness should sound as neurotic as the subject demands.

‘Drunk But Not With Wine’ is (obviously enough) a slow, bassy pulse-a-thon about being so imbued with feeling because of an unrequited pash that you feel rat-arsed. ‘Blessing & A Curse’ has the amiable pace of a 'Walk The Line' (as well as some of its on-high, avuncular wisdom). And ‘Monument Park’ is just Herman Dune being their usual, knowing, archly jolly selves. It’s all uncommonly diverting if a little arm’s length - sometimes with Herman Dune you get the impression that they know what they’re supposed to write songs about so that’s what they do. But very occasionally it feels a little imagined; songs for Rosaline, rather than Juliet.

On ‘Get Laid Back’, Laid Back are going to show all you toddlers how it is done. Especially if, by ‘it’ you mean Slow Rude Synth Waltzes In The Manner Of The Sun Rising But Which Actually Predate The Sun Rising by Some Eight Years (which I do). It’s got all these little steel drum runs on it that really have no business being there but sound too, too perfect. But then, considering 'Cosyland' EP was originally recorded in 1981 on (what were then) newly-minted Roland Rhythm Boxes; as well as the fact that Laid Back’s pedigree includes this sort of thing I suspect none of their brilliance is accidentally arrived at or studio happenstance. It helps that John Guldberg has the sonorous, bossily sexy tone of the best disco narrators; a voice you can’t help but obey, no matter how saucy his commands. Ace.

‘I Felt Fuzzy’ is as glitchy as it is beaming, and it is putting me in mind of all the other sounds I have lazily filed in the same mental shoebox - not least Bullion’s Songs In The Key Of Dee / all those ace Death Before Distemper comps and Toro Y Moi (when he is not, ack, 'chillwave'). One of the most impressive things about ‘I Felt Fuzzy’ is that it is not electronic music that is trying to squeeze itself into the latest denims even though its arse is too big; also there is that appealing air of music that is Mobius-looped; so it all joins up, even if you’re not sure how.

It is a rare week when more than one cover version is as good as it thinks it is. And this isn’t that week, because Fuxa’s take on ‘Our Lips Are Sealed’ isn’t even in bloody tune 80% of the time. For some reason I am still rather fond of it, because having dispensed with the scrappy, bleached roots and frosted pink lipstick of the original (and on that subject, oh my, so beautiful), they’ve forged, instead, a soporific space-pop single that drifts at you, as if through fog. I mean, it can barely even be arsed to be a single, but there’s something compelling about how naive it is.

I had a party this weekend and someone put on 'Hey Scenesters' and I thought Oh-God-Hey-Scenesters-what-idiot-paid-good-money-for-this-old-shit-oh-yes-me, before realising that if you use NME features to formulate your opinion of bands you will end up thinking all musicians are dicks even if you find their songs enlivening enough to spend good money on. Anyway, ‘Come On, Be A No-One’ is a scrappy urchin of a single, it is spoiling for a fight as well as being guaranteed to be the last thing you hear before you throw your shoe out of your bedroom window at some young people who are singing it at half past two on a Sunday morning. Some bands make you feel like they write songs specifically in order for those songs to be sung by students on the way home from celebrating their latest turgid essay in which they managed to use the word 'multifarious' or 'obfuscate' without really knowing what it means. But then, if those songs are quite catchy, you should maybe get over yourself.

Wendy is on the internet, here. Here is a ridiculously long list of all the things coming out on Record Store Day, this Saturday. That Field Music one is pretty special and has some amazing talky bits on it.