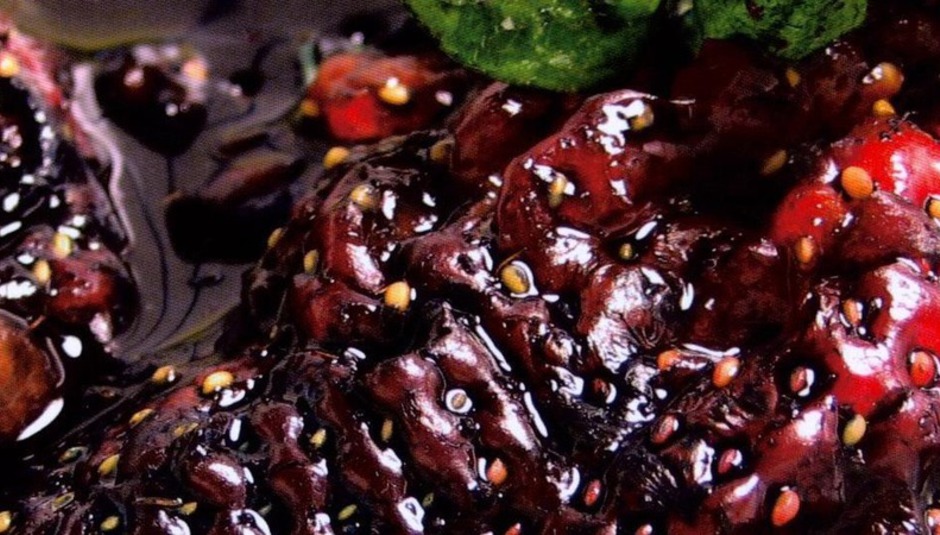 Bands are great an' that but we are just as fascinated by the tools and services that musicians and us mere music fans use to hear and share and explore the world of music. In this new 'Behind the Screens' irregular feature DiS will venture, quite literally, behind your monitor or into your smartphone screen and interrogate the people who do wonderful things with their passion for music and The Internetz, and create sites and services that are changing the way that we consume music.

Kicking things off, is This Is My Jam (thisismyjam.com), a surprisingly simple why-didn't-I-think-of-that but highly sophisticated way of sharing and consuming music. I've been using the service for several months now, and it's an easy way to share a single song (they encourage you to post one a week) but the true magic of it is that it is an absolutely brilliant way of hearing lots of tracks that people are loving right now, without feeling particularly overwhelmed. I also like the fact that the service only does one thing, and rather than seeing and then ignoring recommendations on Facebook when I'm tuned in to an album or if I see a link on Twitter but I'm out and about. Whereas, when I'm in the mood to rummage and listen, I now venture to TIMJ and leave my friends 'on shuffle'.

It would seem I'm not alone in my love of the service, which launched in December 2011. This is My Jam has been a minor phenomenon over the past few months. The reasons for this rapid success is partly because it feeds everso neatly into all of your social media holes. The initial reaction from the DiS community was mixed (especially about the use of the irksome word "jam") but it seems quite a lot of you have come to love it as much as I have, and from what TIMJ co-founder Matthew Ogle (formerly of Last.fm) reveals below, it seems Hollywood A-listers and high-profile British Politicians are fans of it too.

What was the eureka moment that led to the formation of this is my jam? Was it something to do with seeing various 30-day song of the day things on blogs, Facebooks and Twitters? Or was it more taking a little from Hype Machine's concept and a little from your time at Last.fm and making something more for the age of Twitter? Or was it just a perfect storm?

I'd probably go with "perfect storm," but it came most from two things...

The first was a routine I had started to use for real life music recommendations. When out with friends I hadn't seen in a while, I'd ask them for one song they were really into at the moment. It usually made people stop and think, and rather than having to remember a bunch of new band names (and wondering where to start when I got home), I'd instead get a short list of really good tracks I could easily check out. This got me thinking about the importance of a single song as a sort of "atomic unit" for music discovery.

The second (and more important trigger) was a dissatisfaction around the options for sharing a great song online in 2011. If it was five years ago, I might have had my own little mp3 blog, or maybe I'd have changed my MySpace profile song, but these days the options seem reduced to flinging a YouTube or Spotify link into the Twitter/Facebook abyss. Blink and you miss it amidst all the real-time status updates, plus it's impersonal; no way to customise it, choose an image, etc.

I wondered if there could be a way to share favourite songs that was a bit more personal and a bit more permanent, but that still worked with all the music services out there and would still end up on your social networks. When I realised you could add a "play all" button for all your friends' favourite songs, TIMJ was born.

Do you think there's too much sharing in the world? And that the constant churn of recommendation dilutes down all positivity to point whereby it's essentially meaningless? Do you hope that people picking one track a week will emphasize what people actually care about? Is Zuck' wrong about his idea of frictionless sharing being a good thing and The Future of The Internetz?

Frictionless sharing has its place -- I believe it in enough to have spent nearly 6 years at Last.fm, working on scrobbling! But it can't solve every problem, and when it comes to music, humans will trump automated charts every time. I think everyone's ready for something a bit slower, a bit more hand-picked.

"Jam" - did you pick the word because of the way American bloggers over-use it or was it to colonize a single word on Google... or for another reason entirely?

The name was actually a happy accident; my original codename for the project was much more emo (and less fun). When I discovered that my good friend (and Echo Nest CTO) Brian Whitman had registered thisismyjam.com back in 2008 for a different project and was willing to donate it to the cause, it was too good to pass up. I do think that "this is my jam" captures that feeling you get when you are really into a song better than anything else that would fit on a domain name.

Your site sort of allows individuals to act as "filters". Do you think this further increases the pixelation of the individual, in that people are both attempting to define themselves whilst also being a part of the bigger picture?

I've really enjoyed watching the recent resurgence in online identity representation / curation outside of "real-life" or "professional" identity; I'm thinking about things like Tumblr, Pinterest, or Instagram versus the Facebooks and LinkedIns of the world. I think that, post-MySpace, it's been hard for music to play a big role in that, and I'm excited to help change that with TIMJ.

Do you think we'll increasingly see services which put the individual-as-expert at the controls, rather than media 'brands' or blogs, etc?

There's been a lot of talk lately about the "decline" of MP3 blogging, but I think the trend is more about the professionalisation (and consolidation) of MP3 blogging. The Pitchforks and Drowned In Sounds of the world are now approaching the clout that old-school music media had in the past, and that's pretty cool! Almost every great media brand or giant blog these days starts with a talented individual-as-expert, so I see those two things as points on a spectrum rather than opposing models. TIMJ is intensely personal musical microblogging, though, so I'm hopeful that it will let more individual voices (and music) be heard and discovered.

You've chosen to include previous "jams" and likes, how important do you feel context is to recommendation? Are you only as 'hot' as your last jam?

Part of the fun is that TIMJ throws almost all its light on to your latest jam -- I think our users like the fact that they can completely switch it up from week to week. We're going to offer more ways to explore the "jam archive" soon, however... since if you're going to add someone to your ongoing playlist, you need to feel like you have some sort of musical connection to them and be able to evaluate that.

What has surprised you most so far about the reception to the site and the concept? Have there been any unexpected uses of the site? (I love using the dashboard because it's sort of as if I have my friends on shuffle)

I think we originally underestimated the power of the homepage playlist and the concept of hitting "play all" on a handpicked list of your friends favourite songs. We were trying to create a better way to share, but the real value comes in the constantly-changing landscape of 'jams'. A lot of our efforts over the coming months will be around better ways to explore and play with all that music.

Another thing that's surprised us is how much "old" music is popping up -- at any given time, at least a third of the jams on the popular page are from the 70s or earlier. Some people exclusively post Motown, or 30s jazz standards, or obscure 60s soul/funk, and so on. Given how hype-focused the rest of the internet is, it's been exciting to realise we may be creating a new home for old gems and lost records.

Are there big names using the service you recommend people follow?

There are a bunch of interesting people on board, from members of Art Brut to writers like Warren Ellis, TV/Radio presenters like Lauren Laverne to members of parliament Tom Watson, but I'd have to say that the undisputed stars of the TIMJ public beta are Edgar Wright and Elijah Wood - they've both really taken to the service and have been posting some dazzling jams every few days.

What music have you personally discovered from using the service?

Gosh, more than I can count! Here's four off the top of my head:

We are dedicated to keeping TIMJ simple and focused, but there are plenty of exciting things brewing at the jam factory. More ways to jam, more ways to share, more ways to play and explore jams (your own past jams and other peoples'), plus an API that may lead to some interesting apps. It's going to be a fun summer!

DiScuss: What's your current favourite song? What's your profile address? Who do you enjoy following on TIMJ? Which websites, apps and service founders should we natter with next?