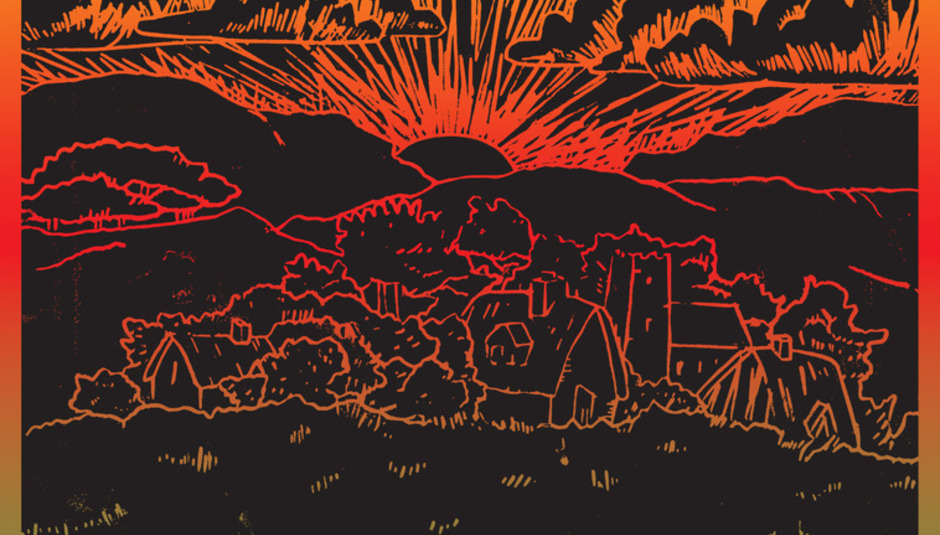 Trembling Bells & Bonnie ‘Prince’ Billy - ‘I’ll Be Looking Out For Me’ from ‘Duchess’ EP (Honest Jons, snippet at around 1:03 below)

‘I’ll Be Looking Out For Me’ is a he-said, she-said. And like the best of its kind, each line is sung by a world-weary stropper (William Oldham and Lavinia Blackwall, respectively). In fact, ‘Your thighs are a portal to heaven’ / ‘But I don’t intend to be going there soon’ so ably grabbed the rosette for best lyric this week, I nearly forgot to praise it. It’s from an EP that yes, does include a cover of what is officially the Best Scott Walker Song - and even if, like me, this makes you trepidatious in the extreme, rest easy, it’s wonderful. Mainly because the whole of 'Duchess' EP appears to have been recorded on the fly, pinning down the butterfly with more thought for what beauty has been netted, than for how perfect it might appear when put behind glass - the charm here, is in how unfussily each element has been handled. I should also say, I have not heard Bonnie Prince Billy sounding quite so lively in quite some time; his upper register utterly becomes him.

Sufjan Stevens, Serengeti and Son Lux are the esses here, and it is enough to invoke some dirty feelings of ownership where you must wrestle and remember that you do not own Sufjan Stevens, however powerful the feelings he has previously provoked in your mind and heart. He does not belong to you, which is why it is entirely his business that he has thrown his boy-angel voice into the mincer, toying with all its beauty and shitting on it from a great height with autotune. It is enough to put you in mind of polymaths and career-changers, and how they very dare change direction or become bored with what they are doing before we are. But I like these musical Cantonas, not least on ‘Beyond Any Doubt’ – which, when it breaks down at around 1:30, becomes nearly, almost, quite, sort of, the hip-hop record my spoilt, proprietorial, greedy woman-mind wants Stevens to make. You need to get over yourself before you can get anything out of 'Beak & Claw', I think.

If the entirely ace, jovial funk jam ‘Sex’ documents any kind of blue behaviour, it is definitely the kind that involves one or both of you giggling at an inopportune moment. As when the absurdity of the act strikes you, or you see yourself almost from above; ridiculous and brilliant, an artwork of limbs. Or like when you suddenly remember - apropos of nothing and bathed in joy - that as a grown up, you are allowed to do this. I mean, this is not about the sort of sex you might have if one of you were about to be posted to Basra; or the kind of that necessitates you using sign language to spell out your safe word. Unless, of course, your safe word is ‘spam’, ‘trumpet’ or ‘broccoli’.

It doesn’t hurt Look, Stranger!’s chances that their lead singer has a little of the Le Bons about him. Nor does it harm them when their guitar lines shine like new pins; crisp and jolly as if they were being played, shirtless, atop sun loungers. Granted, ‘One For The King’ still has work to do, but like nearly everything this week it is the general bonhomie and air of proceedings that counts. With shades of Scritti Politti’s glossy crispness, and to put it in the dread way so fond of algorithm-drunk, Amazon recommendations, if you liked The Hit Parade’s ‘I Like Bubblegum’ from last year, Look, Stranger! are the same kind of neatniks. Very promising.

I wasn’t sure exactly which part of my brain was being stroked by Bobby Conn until I read that he used to be in a hardcore punk band called The Broken Kockamamies; and that they used eight foot strobes onstage, calling them THE PILLARS OF FEAR. Because ‘More Than You Need’ is more than a little shonky; off its kilter and mis-aligned in such a way that you would never take it shopping for porcelain. And although dressing all in white is usually the preserve of mental patients and/or the supremely over-confident, in Conn’s craptacular video it is alright, I think he is right to be confident. I don’t know, I just get the vague whiff that he might be the sort of dude to turn his hands to any genre, and that the polishing and finishing bores him, so he just ups and offs to the next thing. I like what he leaves behind.

It’s a song about who being endlessly palatable, and not stirring, or making any demands of your lover, because the minute you ask for owt, you’re DOOMED. Although according to Del Rey, even if you don't develop any expectations of your fellow human beings – never mind someone who gets to put bits of their person inside yours – it won't make any difference because EVERYTHING DIES just like OLD HOLLYWOOD, also FIRE and THAT LIPSTICK THAT WENT ALL SMOOSHY AT THE BOTTOM OF MY BAG. The only other thing to say is that ‘Blue Jeans’ is not as good as 'Video Games', that I don’t think anything will be, but that’s alright because it was spectacular.

‘Milkin’ It’ has a video about Oakland, California where hip-hop culture has grown a new skin, and been reclaimed in part by some dancing that looks a bit like a cross between Vogueing and making architectural symbols with your hands. Which is 'great and everything', but maybe the best way to honour the reclamation of hip hop culture and to celebrate it being used as a force for change in deprived communities is not to make a rubbishy, tinpot casio single. ALTHOUGH you could argue DIY, shouty music in its purest, most ramshackle form has something of the naivety of early hip hop. I mean, you could. I’m not going to.

Hhappiness - ‘All Kinds of Trouble’ from ‘Bananas’ EP (Almost Musique)

‘All Kinds Of Trouble’ is appealing in the same whiney way the Strange Boys favour, and it is Tiggerish, toilet-recorded and in-and-out, lickety-split, in two and a half minutes. It’s not the most ground-breaking sound in the world but it is: ‘alright’, ‘exuberant’, ‘choppy’.

‘17’ is very amiable and it is about someone who is longing, mostly for their youth; when they were ‘brand new, and guilt free’. As this is an eternal fallacy about early life - where, in my experience, every decision comes hand in hand with a fortnight of hand-wringing as well as an episode in which you lock yourself in your own wardrobe out of sheer dread and ack - I am looking forward to the tumbledown indie song Being There write when they are 47 and finally realise that they no longer suffer any embarrassment whatsoever but are, tragically, too decrepit for anyone to pay them any heed.

Death Of Death Of Discotheque are not messing about, they have got less than 20 words in their whole song. Which is the very definition of screech, and so vinegary it will probably give you a bad rash. But the sort of rash it is quite nice itching, when no one you fancy is looking.

Wendy is on the internet, here. Ra, ra, ra, something else here.

Behind The Screens: DiS meets This Is...