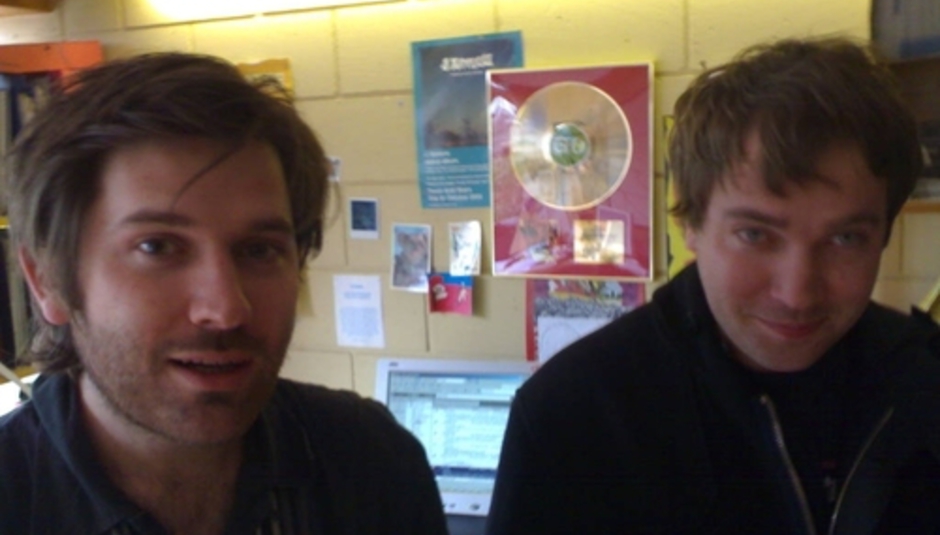 Run by brothers Matt and Ollie Jacob, independent record label Memphis Industries has been the proud home to talents as diverse as The Go! Team and Field Music, The Pipettes and Tokyo Police Club, Blue States and Dungen, amongst many others.

Started as a hobby label, Memphis has somehow dodged the slings and arrows of outrageous fortune to continue to put out releases that surprise and delight. So, having completely forgotten to celebrate their 10th anniversary, Memphis has decided rectify this and draw together some of their latest and greatest bands together for one night only in a no way contrived 13th birthday celebration.

As part of their week long takeover of the site, label owners Matt and Ollie take us on a musical tour of some hidden gems in the MI back catalogue....

Listen to the playlist here in Spotify.

One of Field Music’s finest, if most conventional, songs squirreled away on the b sides and rarities collection, 2006's Write Your Own History. I don’t think Davey B's terribly proud of this one but we love it.

The Squire of Somerton - Transverberations

Whither The Squire of Somerton? Actually he can be found writing the horoscopes in The Stool Pigeon as Mental Marvin. This track takes us back to Squiresy's groovy glory days.

One that got away (to Sub Pop). This track from his brilliant album You Can Have What You Want probably remains San Francisco native Jason Quever's high water mark.

Opening track from our first album release, 2000's classic Nothing Changes Under The Sun by Blue States. Andy Dragazis remains a bit of a genius and we’re delighted he’s just started work on another album.

Johnny X, J Xaverre, George Washington Brown, whatever you call him, Pete Gofton is one of the music worlds' hardy perennials and remains a firm friend o'Memphis. This instrumental track is a highlight from his 2003 album These Acid Stars.

Jukeboxer - Man Throughout The Ages

Our first US artist release was Jukeboxer's Man Throughout The Ages EP and this title track really takes us back to when we didn’t know what we were doing. Not that we do now.

The Ruby Suns - Look Out SOS!

Remember when The Ruby Suns were in thrall to The Beach Boys? Probably not but check out this superb track from their 2005 self titled debut. It’s incredible to think Ryan Ruby Suns has sorta morphed into the thinking mans’ Justin Bieber.

The Go! Team - The Ice Storm

A track from The Go! Team's first release, 2000’s EP Get it Together on Leicester label Pickled Egg. It’s so lo fi its almost unlistenable. Since then Ian and the Team have been on a pretty amazing adventure which it’s nice to have been a tiny part of.

This is a wonderful song from Arthur & Yu’s album In Camera. Like many of our artists we signed them sight unseen and sadly never got to see the band live before they split. Lead man Grant’s got a stunning voice. You should check out his new project Gold Leaves produced by the aforementioned Jason Quever.

Swedish artist Sarah Assbring released two albums with us and this tracks’ a highlight from her debut self titled record. You can hear her dueting with Gruff Rhys on his current solo album Hotel Shampoo.