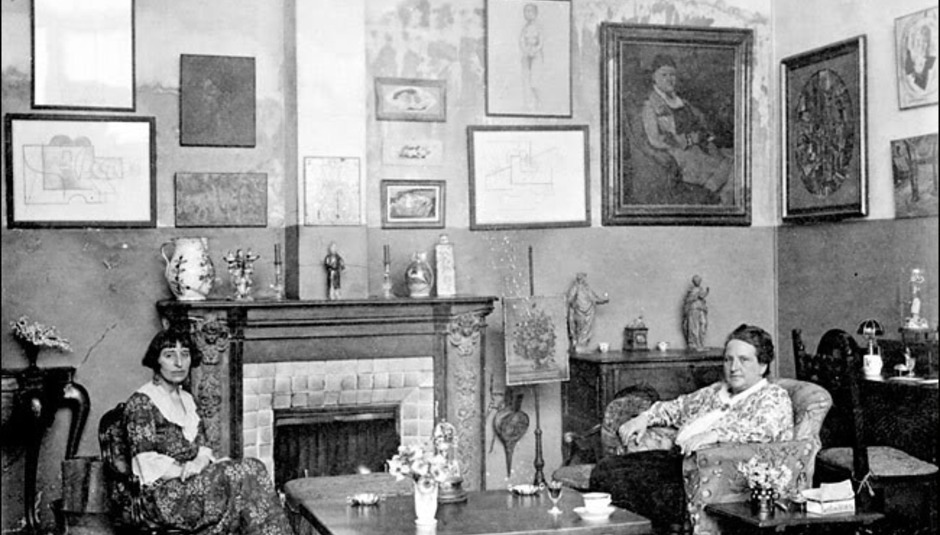 Our special week of DiS guest-edited by Electrelane continues with Mia's literary landmarks...

Music is one of my great loves, but literature beats it to the top spot. I’ve always had a fondness for museums connected to writers— especially the chance to see the writing rooms, desk views, and libraries of authors I admire. When much-needed showers and hunts for decent places to eat don’t override our downtime on tour, I try to seek out interesting museums— very rock n roll, I know! Here are my top literary destinations on our upcoming tour:

Finding enough time on tour to go to a museum is a rare occasion, but if we find ourselves with a couple of free hours before sound check, I’ll definitely head to the last residence of famous Swedish author, playwright, and artist August Strindberg. Known as “The Blue Tower”, the museum includes the writer’s workroom and library, plus samples of his diverse production of books, paintings, and photographs.

I recently finished reading Orhan Pamuk’s most recent novel, The Museum of Innocence. The book’s narrator, Kemal, suffers greatly from the miseries of unrequited love, and becomes a compulsive collector of objects that chronicle his lifelong lovesickness. By the novel’s end, Kemal has amassed these objects— everything from earrings, cigarette stubs, soda-bottle tops, buttons, china dogs and birdcages— in a four-storey building in the Çukurcuma neighbourhood of central Istanbul.

In a wonderful effort to turn the imagery of language into a tangible experience, Pamuk has been rumored to be in the process of creating a real Museum of Innocence in the very building where Kemal’s long lost love supposedly lived.

The museum, which was scheduled to open earlier this year, will be home to 83 wooden boxes related to the book’s 83 chapters. Each box will be filled with ready-made pieces and commissioned works of art that reflect each chapter, thereby covering a 30-year period in the history of modern Istanbul, from the novel’s beginning in 1975. I’ve been keeping track on the museum’s progress, and was greatly hoping it would be open by the time we head to Turkey to play the Rock ‘n’ Coke Festival, but haven’t been able to find any current information. If we have time, I will definitely be trawling the streets in an effort to track it down.

Paris is a hotbed of interesting literary destinations, but my favourite is the house that Gertrude Stein once shared with Alice B. Toklas. You can’t actually go inside, but I still get a kick just from standing on the other side of the road, imagining all the great writers and artists (Picasso, Hemingway and George Sand to name but a few) that passed through its doors at the beginning of the 20th century. Check out Stein’s brilliant Autobiography of Alice B. Toklas, in which Stein fully captures the halcyon days of Paris past.

One of my favourite pieces of writing by Walter Benjamin is Berlin Childhood. A friend of mine gave me a copy before I left to spend three months in Berlin while writing our last album, “No Shouts, No Calls.” I have very fond memories of reading it in various parks as I was getting used to living in a new city. In this memoir, Benjamin reconstructs his own past life, as well as the life of an epoch, shaped by the city in which he was born and raised.

Although I’ve been to the Jewish Museum before, I wasn’t able to spend as much time there as I would have liked. We have a couple of days off in Berlin before our show in Kreuzberg, so it will be great to revisit the museum, as it is one of Berlin’s best chronicles of the city’s pre-Nazi population of Jewish literati and artists, including Walter Benjamin, Max Liebermann, and Arnold Schönberg.

In Photos: Electrelane @ Manchester A...