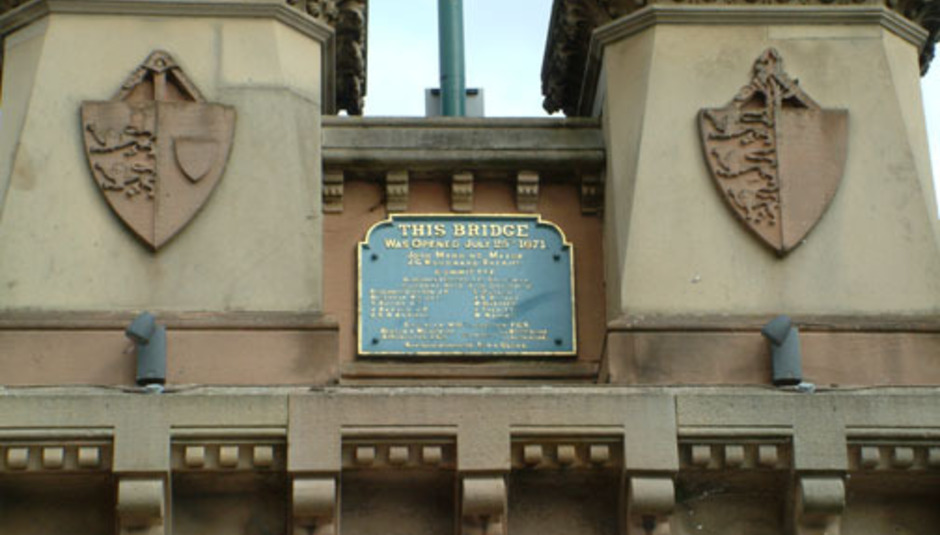 Following on from October's first local scene report and gig guide from the city of Nottingham, here's the second instalment from DiS' man in the East Midlands...

Having just about recovered from October and November's ridiculously busy schedules, we're heading into what is traditionally the quietest time of the year as far as Nottingham's music scene is concerned. However, that doesn't mean everything just stops until 2011's in full swing. As well as numerous Christmas parties courtesy of the folks from Crash Factory and Damn You!/Gringo Records, there are also numerous events taking place this month to celebrate the 30th birthday of Rock City, arguably the city's - if not the Midlands - most renowned and respected live music venue.

So where better to kick off than with a brief history of Rock City, a venue that opened its doors in December 1980, The Undertones being the first of many artists to grace its stage. Since then, it's gone on to host shows from just about every established act you'd care to mention over the course of its history, and this month sees a host of big names from the past and present including Fatboy Slim, Madness, The Drums and Ian Brown all visit the city to pay homage to Rock City's famous surroundings. Local arts magazine Left Lion have put together a snazzy little booklet celebrating the venue and its importance in raising Nottingham's profile which can be obtained free of charge from Rock City itself and a host of cafes and bars around the city.

Good news out of the way, it's time for the bad news now as another excellent little venue closes its doors for the final time. The 250 capacity Sandfield Theatre in Lenton has played host to hundreds of local music events over the years, but due to cutbacks and a lack of funding from the local city council it looks set to be demolished in the early part of next year. DiS were honoured to be invited along to judge one of the final shows at the theatre - its annual 'Bands In The Sand' competition - and while not normally a fan of such "battle of the bands" style events, was genuinely impressed by the standard on display, particularly this year's winners Great British Weather, four sixteen year-olds whose gritty angular post-punk will surely be dominating the city's more recognised venues over the course of 2011.

We'd also like to introduce you to the latest venue on the city's map, Nottingham Contemporary, based in the city's Hockley district just a stone's throw along from the excellent Broadway Cinema. Although not officially opened until late October, it's already hosted a selection of musical and spoken word performances including the likes of Frontiers, Yunioshi and Nina Smith and looks set to enter 2011 as one of Nottingham's dominant independent establishments.

While December's normally a slow month in terms of releases, there's still a couple of excellent releases to tell you about this month. First up, local imprint Denizen Records are releasing the new single by excellent Nottingham quintet Hhymn. Think Guy Garvey fronting The Delgados are a slightly stripped down Decemberists and you're in the right ballpark. Alternatively, you can watch the video to 'These Hands' below:-

Another city-based outfit who've been plugging away steadfastly in recent times are Alberto Veto. They've just released their excellent debut long player Into Glory Ugly Heart themselves via the increasingly popular bandcamp outlet, and for just a measly five pounds (or seven for the CD) we can confirm it is money well spent. Recorded at Sheffield's Yellow Arch Studios and mastered by Simon Paterson, whose previous credits include Cabaret Voltaire and The Chemical Brothers, its nine pieces offer a diverse range of styles and influences that fully justify the time spent throughout its arduous process.

Also, longtime DiS faves Gringo Records have recently released a couple of excellent slabs of vinyl. First up is the excellent 'You Decide'/'Big Bird' seven-inch from ace noise rock combo Part Chimp. Last but by no means least is Hands Out, the debut long player from Stoke-On-Trent's Ox Scapula which recently received a favourable 7/10 review on this very site.

2011 promises to be an exciting year for some of Nottingham's finest, with new releases expected from the likes of Spotlight Kid, Frontiers, Fists and We Show Up On Radar in the not-too-distant future.

While 2010 winds down to a close, that doesn't mean live music grinds to a halt in Nottingham. With Rock City's 30th birthday celebrations well under way, not to mention an array of exciting events happening elsewhere in the city, us gig goers are pretty spoiled for choice over the next few weeks. Here's a selection of what's on offer:-

If anyone has any Nottingham based bands, gigs, releases, events or clubnights to add they feel have been unjustly overlooked please do so in the comments section below. Have a great Christmas. See you in 2011...