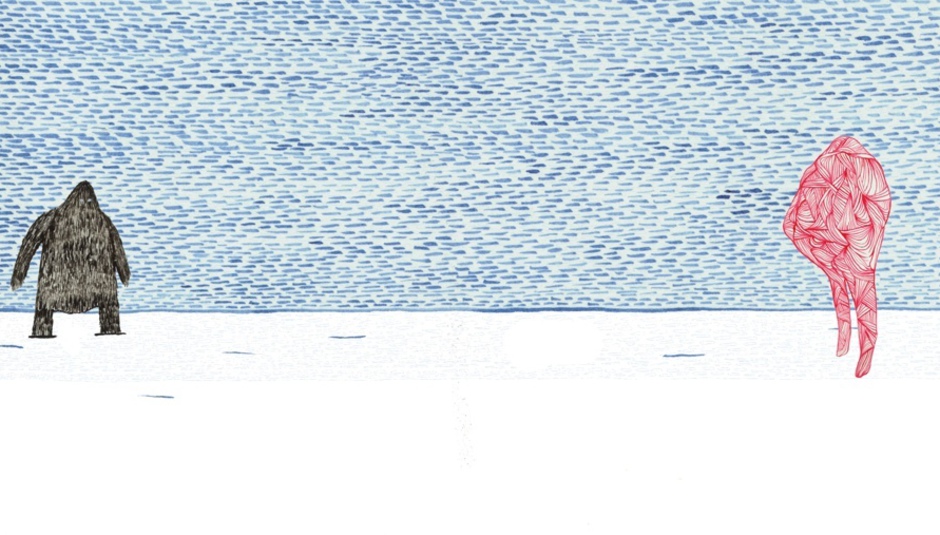 Meursault, All Creatures Will Make Merry (Song by Toad)

It’s been said that "indie" is now as likely to mean "alt. country tinged" as "a bit garage-y" or "bedroom electro-pop". Meursault's 2 1/2 albums to date are definitively 21st century, then, in their use of whatever textures it takes to match their emotional complexity; be it: banjos, harmoniums, guitar-feedback, live-electronics. The difference is, there’s a fluidity to the playing, so that none of these elements seems tacked on. Lyrically, like Frightened Rabbit or Arab Strap, Meursault nail that dark Scots humour – at their most philosophical when they're most blunt; at their most tender when they're their most graphic – and while they may not have as much crossover potential right now, they could be the best underground band in Britain. This isn’t damning with faint praise, just a pragmatic observation that Meursault’s songs – all with hooks and stunning turns-of-phrase aplenty – aren’t obvious anthems; rather, bursts of raw emotion seem to emerge from an ambient fog, a little like (Best New Indie Act of 2009) The Antlers. It’s a world you’re meant to enter, instead of a soundtrack to the gym / commute / whatever.

The band haven’t bothered creating a mystique, but you get the impression Neil Pennycook’s a Will Oldham-like personality: ferociously creative yet open to collaboration. Their first album, Pissing on Bonfires / Kissing with Tongues only came out in April 2008, followed by the Nothing Broke mini-album / EP that focused on sparser arrangements. The fact that the 2010 album didn’t set the world alight may have been due to a hint of disappointment from reviewers, but read between the lines and you realize the band perfected the sound first time, and released a worthy-but-not-superior follow-up. Pennycook describes his own production as aiming for the sound of The Microphones / Mt Eerie (“epic lo-fi”), which explains the endorsements from US music critics, while the band still have a low profile, at home. Yes, both bands evoke rugged, hostile, hyperboreal environments, but at the starkest moments there’s what Oldham calls a “grand dark feeling of emptiness” – a sense that the band have captured something you can’t fake. Whether it’s the guitars hurtling towards some needling scream of unsurpassable intensity, or Pennycook’s voice rising from a confessional whisper to a holler, Meursault take you further than most; the hope is, word-of-mouth will take them further, too.

Episode #26.3: Meursault - "Another" from Off The Beaten Tracks on Vimeo.