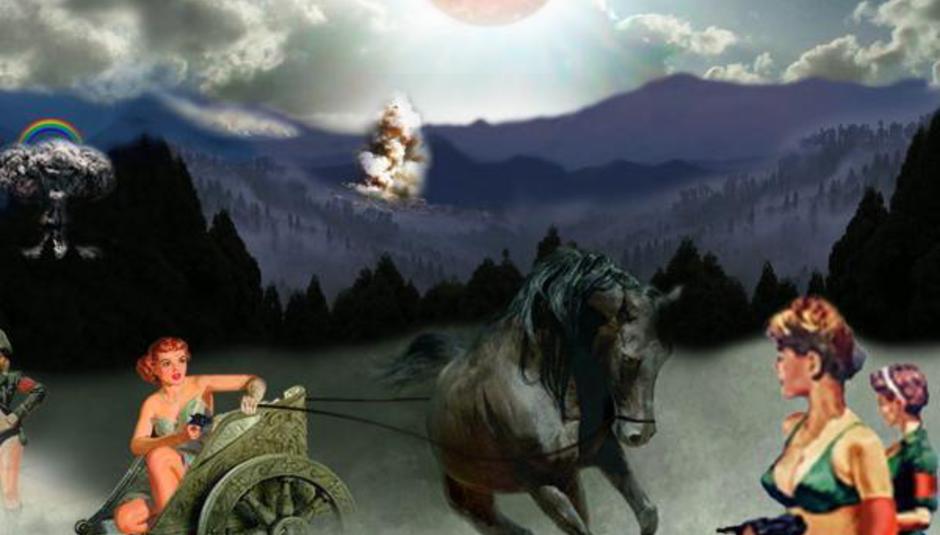 Another record that somehow didn't get the recognition our writers felt it deserved, lofted to the top of the year-end 'glance this way please' pile for your investigation...

This album didn't get a listen following a rabidly written press release that dropped into my inbox on an ordinary weekday and neither did it spring from my postbox in an otherwise dull brown jiffy bag. In fact, it leapt from the countless recommendations to be found within the thousands of threads upon the music boards of DiS.

Downloadable – and completely free - from bandcamp, the debut album from The Cast of Cheers, entitled Chariot, is a flurry of slippery guitar lines and lithe sounds swarming across their frenetic vista.

It almost feels like Chariot is too fun to exist in 2010. On the backdrop of all the sodastream foam from chillwaves and various -gazes, Chariot was striking, punchy and snapped along at a thrilling pace. Vocal chants seem planted and fertilised back when Foals were exhilarating, the syncopated morse-code guitars recall the long-missed Meet Me In St Louis while the rhythmic twists are pure Q and Not U. But more than the sum of its parts, it has an urgency and an irresistible stickle brick simplicity; cleverly put together but bold, colourful and reliably satisfying.

The repeated, looped and chopped guitar notes and vocal snippets on opener 'Goose' are driven by an unrelenting groove that is partnered with slick, unexpected nuances. “Is there any fucking love in here?” they scream, muffled but perfectly audible on 'Tigerfox', as if yelling those words desperately in the middle of a glass-strewn dancefloor brawl. Chariot's brevity is probably its key weapon. With no song over three minutes 30 seconds – apart from closer 'Glitter' – and left at a round 10 tracks, each listen confirms that nothing has been left in – or out - unnecessarily. And yes, the urge to absorb more of the record's riffing heat, especially now winter has set in, means you'll return to the beginning only seconds after listening. I defy you not to begin sprinting up hills to try to physically engage with the surging pulse running through this album.

It's destined to be overlooked, not just because of the lack of label and press support, but because it didn't fit snugly into 2010's multitude of scenes cleverly accumulated by the most audible tastemakers. But Chariot deserves to be heard by fans of snaking melodies laced with full-throated, bar-chatter-halting yells because those people will be more than satiated; they'll probably be inspired too, especially when leaden, cloud-smeared hypnotics are heralded as the sound of now. We all know that that will never ring entirely true as long as bands the calibre of The Cast Of Cheers are around and Chariot will be our evidence to the contrary as well.