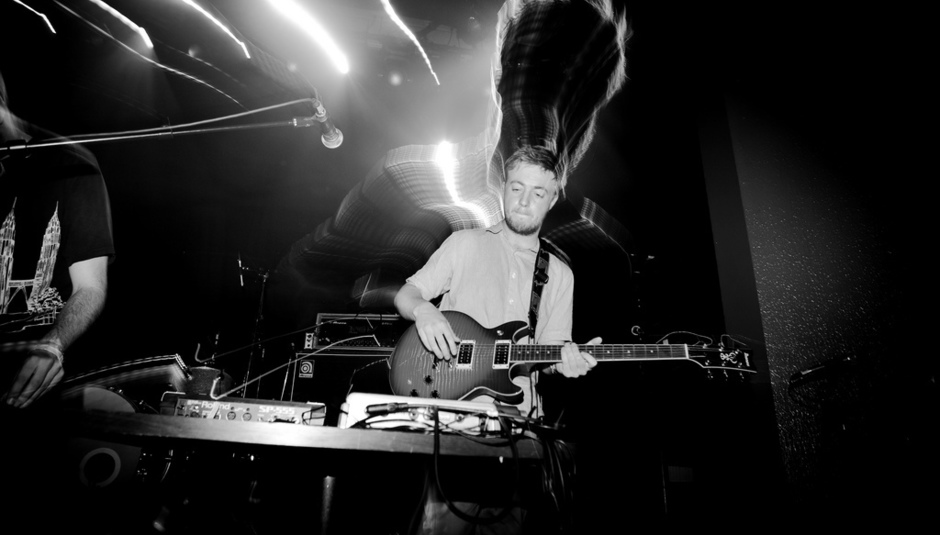 Reykjavík is a beautiful city. That’s the first thing that springs to mind when we arrive within its limits during the pitch black early hours, virtually nonexistent street light during the drive from the airport sending a striking vista of stars rolling out across the night sky. Despite Friday morning dawning cool and cloudy, it’s no less impressive in the morning light: old-style buildings and expanses of green are interspersed with modern touches and unfinished constructions, perhaps continued relics of the country’s monetary collapse. But for all that event’s devastating economic and social impacts, the city’s yearly Iceland Airwaves festival couldn’t feel more open and welcoming in 2010, with a diverse and friendly crowd and an almost unnerving volume of excellent music.

It’s nigh on impossible to catch everything great that’s going on this weekend – DiS only has one pair of legs, after all, and one pair of already worn out ears – so the overriding feel is one of a chaotically curated mixtape. Dashing from one venue to another across the packed city centre, you’re likely to run into something totally different to what you’re attempting to find, a peculiar effect only intensified by wallet-destroying volumes of local booze.

What becomes immediately striking upon arrival and a quick scan through the programme is just how wonderfully self-contained the Icelandic music scene really is. The CD racks in the local music emporium enhance that view – for every bit of international music, there are several CDs from local bands almost unknown outside Iceland. Even the likes of Ghostigital (fronted by former Sugarcubes man Einar Örn) and local heroes FM Belfast barely scratch the surface of wider consciousness, though both turn in extraordinarily focused performances. Digging beyond the twin peaks of Bjork and Sigur Ros uncovers a thriving community as diverse as you'd find anywhere. It may be one of those coincidences of weather and human habitation (perhaps also responsible for Glasgow and Montreal) that encourages groups of people, trapped indoors by cold or wet, to begin creating their own music. Much to DiS' sadness, the distraction effect ensures we miss label events from both Erased Tapes and Bedroom Community, and even those comparatively well-known pillars pale beneath the sheer volume of things going on.

Over the course of the weekend chronology swiftly becomes irrelevant, and snatching the odd few hours in bed could happen at any time really – there are an impossible number of events going on at all hours of the day. Saturday morning and early afternoon is dominated by the absolute apex of the weekend, the Blue Lagoon party, which sees the famous outdoor geothermal pools fill with festivalgoers, beer and techno to mind-dissolving effect. After an hour or two gently soaking, absorbing Oni Ayhun’s bewitching ‘003-B’ through several feet of milky blue water, it becomes impossibly difficult to imagine ever leaving. Throwing jokes about chillwave aside - though Toro Y Moi relaxing in a volcanic spring is surely the very definition of the term - the only way anyone manages to escape the lagoon’s clutches is by dashing through the freezing wind to the changing rooms. It acts as a perfect metaphor for the weekend’s charms: at once revitalizing and thoroughly exhausting. Like most of the best festivals, musically Iceland Airwaves proves a bit of a blur, reflecting its packed schedule and city showcase set-up. Friday is largely about rock, though James Blake’s warped DJ set that evening is on everyone’s lips over the weekend; it sends a queue spiralling round the block. There remains very little doubt, given ‘Limit To Your Love’s growing prfile, that he’s destined for real popularity – even if only among a comparatively niche audience. His set brims with energy, shifting back and forth from sub-heavy dubstep mutations by the likes of Digital Mystikz, through vocal R’n’B (an off-the-cuff mix of the ‘Say My Name’ acapella above a churning maelstrom of bass) to his own productions. Upcoming release ‘You Never Learnt To Share’ is the night’s highlight, building slowly from soft vocal line to screeching climax, and the Harmonimix of Outkast’s ‘Ms. Jackson’ provokes a mass singalong. Guy’s going to be massive.

His ex-collaborators in Mount Kimbie turn in a deliciously understated live performance on Saturday night, though muted volume and having to follow the almighty Factory Floor slightly dulls their usual hypnotic sheen. That London trio’s relatively early gig is woefully underattended but a perfect foil to the spacey bliss left by the Blue Lagoon party. Their motorik noise attack is physically overwhelming but subtly mind-altering, sending tendrils of feedback rippling through each observer’s brain simultaneously to create a sort of mass hypnosis. At the end of an all-too-short thirty minutes or so, they grind to a halt and the room grins sheepishly, faces in hands.

Though we’re stood right at the back, Robyn’s turn in the Art Museum later that evening completely fills the huge space, her stage presence whipping up a frenzy down at the front. As much as anything else, it proves to be a potent reminder of just how many great pop songs she really has in her arsenal - the slo-mo tension of 'With Every Heartbeat' is one of the weekend's highlights. It also ends up being the final moment of sense in a night that swiftly descends into nonsensical drunken banter, antics and an amorous local latching onto one of our companions. And as ever at festivals, Sunday is a sweet haze, involving happy hour at a local pub (saving a quite staggering amount of cash, useful on an already expensive weekend), Rolo Tomassi decimating a music shop front with their schizophrenic psych hardcore, and steaming bowls of the finest soup we’ve ever tasted.

It’s often difficult to pinpoint the reasons why city festivals are so different in tone and atmosphere to their rural counterparts. The weather’s lack of impact is certainly one factor, though Iceland Airwaves’ major point of appeal is that its bustling, cosmopolitan energy is tempered with something else, another aspect that’s pleasingly difficult to pin down. It could well just be Reykjavík itself, the city centre’s small size, friendly nature and focused energy all contributing to a well-found lost weekend. It already feels like far too long until next year’s event rolls around.