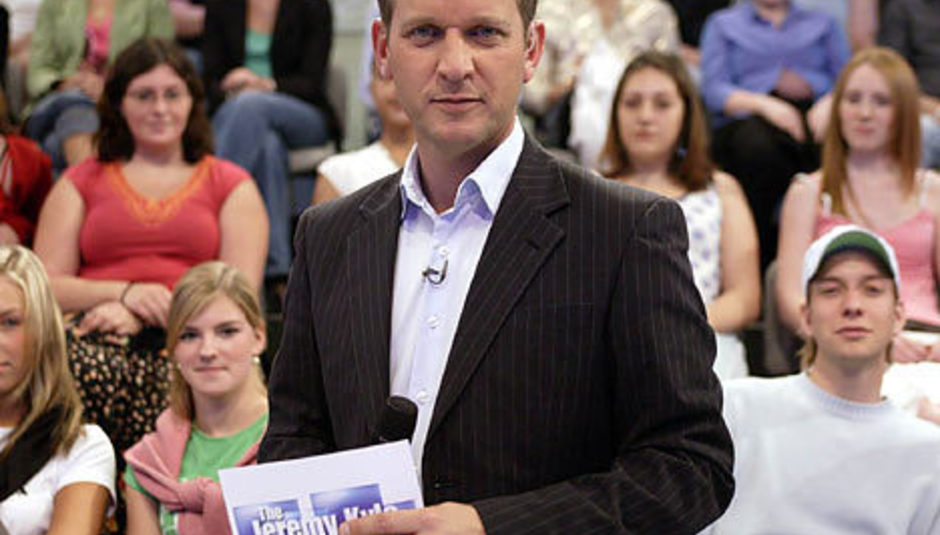 A guide to light-weight fun on the road by British Sea Power singer/guitarist Scott Wilkinson.

Regular as a slightly wonky watch, the first thing in the day to provide entertainment is Phil. He’s the happiest sleeper I’ve ever heard. Each morning the sound of giggling, it begins as a deep elk like rumble and rises to a high chimpish squeal. This emanates from Phil’s perversely pleasurable sleep across the travel lodge room. I’ve been trying to record and archive these bubbly aural joys without success the last few days. by the time I find my voice recorder he inevitably stops. Maybe he’s just playing an elaborate long-term gag on me. Needless to say I end up giggling myself, and in so in a way, I do indeed have the last laugh.

Next if it’s a weekday then its coffee and Kyle. Now Kyle seems to be ultimately divisive. Most reasonable people detest the manipulation of the strange, heavily accented weak and challenged humans on the show for cheap TV fun in the guise of “sorting it out”. Why are these people volunteering for such degradation, via Jeremy, in front of a studio and TV audience?

Time to get in the van. It’s not unusual to have a bit of a headache from the night before or a sore muscle or two. The upside of this is my top 3 minor medical aids.

Breakfast is an on the road highlight. If I’m lucky I'll have an over-priced little chef, but more often than not it’s in the back of the powerful transit van “Zeus” on a motorway from here to there. It’s almost possible to maintain a healthy diet whilst feasting from services but not quite. After years of training the ability to instantly rate any form of cheese and onion pasty and combine it with the perfect crisp pays a daily dividend. Not being a fan of the meat cheese and onion is a staple. But not Ginsters unless quite desperate. In recent years Marks and Spencer’s travel stops have improved the diet of most bands.

Almost anything can be rated and quantified. Over the last century it has become an increasingly popular activity. The key is not to think about it too long but to just let the number between 1 and 10 pop out. This can be music, albums, books, and cities but more frequently the things to be rated are.

Now don’t get the wrong idea but the aforementioned pasty is normally combined with the Daily Star and a coffee. I understand it is one of the most news free of newspapers, and often small-minded to the point of wrong. Further, more often than not there is literally no actual story linked to the outrageous and captivating headline. However it does contain the most beautiful modern and amusing poetry. “Rooney tarts ugly tax” was a recent favorite and surely and in some eyes sadly pre-cognites the future of literature. It may not be long before there is a daily star retrospective at the Tate modern. You heard it here first. On a side note I will sometimes balance out with a guardian or independent to get some slightly less dubious facts.

I often make a playlist for listening to on tour. The current one is guaranteed to make the world right.

Listen to this playlist on Spotify

Often a movie is the best entertainment to be had on the motorway headed north. BSP fans may imagine we d plump for “Man of Aran” or perhaps a Powel and Presburger feature, after all I do like a serious film. Bergman and tarkovsky for instance, but sitting in the “Zeus” more likely it will be something far less challenging. “Kick Ass” was a recent favorite and got a respectable 7.5. Points out of ten whilst “little miss sunshine” scored lower at 6.5. “Human Remains” will get a semi-regular repeated 8. “Informers” based on the Brett Easton Ellis novel got only a 5 despite being based on solid literary stock.

Good books fair much better than good films in a van. Perhaps they are a more durable art form all round. Recent favorites of mine include in reverse chronological order.

We used to regularly decorate our stage with leaves and limbs of tree. Slowly I had gotten both too lazy and busy to partake in this powerful and basic art, and often left it to manager Dave or others to do. However on the isle of Mull I rediscovered the pleasure of collecting and arranging greenery indoors. I was very proud of the wooded scene I created on the tiny stage and was reminded how once I felt destined to be a pro-am gardener. Trees are a great source of free entertainment as are swamps.

I would be enjoying a pre gig game before each gig if only I hadn’t left my board at home.

I like drinks. I like all the teas, coffees and also vodka tequila and all the booze based ones too.

Must be seen as entertainment and fun (even the dark ones) and not work or pressure. Dressing up is helpful in this respect, goofy or smart or just ridiculous. Drinks can also help again here.

If I haven’t succumbed to the kebab demon then its time to think out of the box. I recently managed to make an instant pasta meal in a kettle with only minimal damage to the room. A plate was fashioned from a towel and some polythene. A daft challenge can be a good source of entertainment, as can recreating gladiators with the six-foot sofa cushions found throughout all UK travel lodges. Sometimes I’ll be Wolf and others Jet. As we share rooms, in line with the new age of austerity, every other night I get the big bed treat and Phil gets the pull out mini bed( and vice-versa). Necessity can make an everyday item like a bed a treat. If I’m particularly lucky there’ll be police interceptors on telly or some late night Kyle.

Enjoyable trash mixed with meaningful experience. It’s the modern way. Best to make the most of it really.