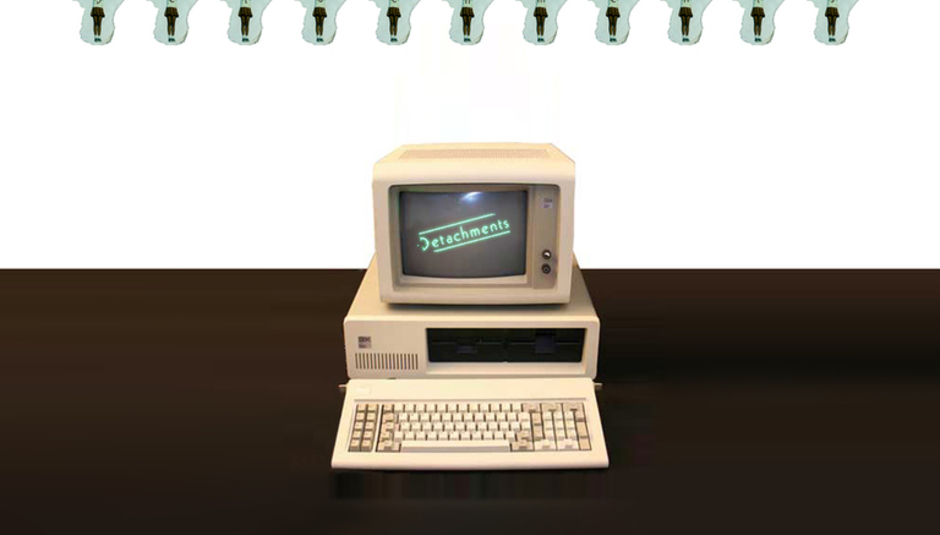 A spot of genre-guide Spotify playlist mixtape-japery for you (click here). The band Detachments offer us a "where to start with...", chronological introduction to the chilly world of cold wave...

2001: Ellen Allien 'Send'
The alienated, consumer society critique vibe strikes a chord with us.
There's traces of punk venom and spirit in the dispassionate venee.

2003: R3mote - Shadows That You Know
Neo Post-punk just before it was fashionable. Gritty battle-damaged analogue electronic sound. They said they were returning to the future portal that had been left behind in the early 80s. The Remotion EP is one strange pulsar of record, real dark heart lurking. We salute you brother.

2004: LCD Soundsystem - Yeah
Got off on that live disco drums sound. Became a big fan of DFA production, analysed it many a time, relearning stuff at the desk of my updated home-studio. Kind of led to the beginning of Detachments.

2005: Colder - Wrong Baby
Remember first being enchanted by this late at night, living in a dodgy East End block watching MTV2. Detected a kindred spirit. Possibly one of my favorite tunes of that decade.

2006: The Knife - We Share Our Mother's Health
Otherworldly. 'We came down from the North'. Children of Loki. Concealing something fearful. Whatever happened to my Swedish girlfriend? I digress, she didn't like these fellow Goteborgers anyway, I do. Also - no The Knife therefore no La Roux (probably more Deep Cuts though)...churlish people, don't say anything! We like La Roux.

2007: Sally Shapiro - Time To Let Go
Enough to make a chap almost tearful. A delicate, aching heart drifting through the wastes of the frozen north. I do have quite a lot of affection for their melancholy, Scandinavian (from Gothenburg again) take on Italo.

2008: Crystal Castles - Vanished
That lead synth melody - sublime. They maintain a peculiar enigma and carry that all important, fucked up haunting unnerving undercurrent. Crystal Castles exceeded expectations. I really like their fuck you DIY punk attitude. It's fascinating how they ascended via the net too, kind of like a virus. Guess they've made 8-bit their own. I love Alice too.

2010: Factory Floor - Lying
Seen them, live they seem enhanced, entranced - inside the zone, the same one that Throbbing Gristle and Joy Division's drummer evidently recognize. They combine the past and the future very nicely indeed.

Detachments is out now.