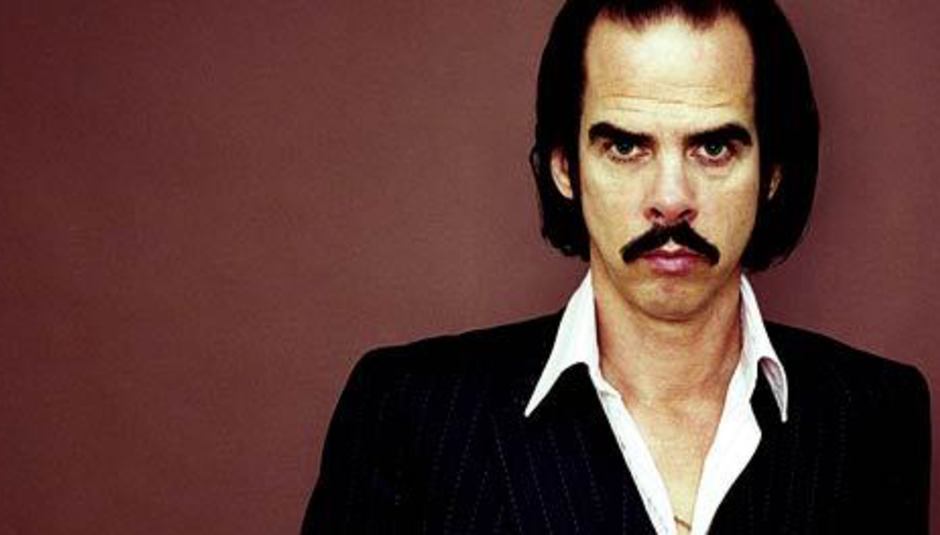 I was just a boy, 19 years old and living in a rented room off Bondi Beach when I first heard Abbatoir Blues and The Lyre of Orpheus. I’d just spent several months in India, and, with apologies to Bollywood, I missed music. The first thing I’d bought when I got to Australia was a ticket to see Nick Cave & The Bad Seeds at Luna Park. The second thing was this double-album. The third thing was a stereo powerful enough to piss off my new landlords.

Could I have wished for a more incendiary reacquaintance with rock’n’roll than ‘Get Ready For Love’? It exploded out of the speakers: filthy, unrestrained and utterly alive. While The Bad Seeds were moving like a cruise missile, Ol’ Saint Nick was making every word ring true. Sex and death, art and love, the whole of life was shepherded in. It’s that completeness which draws me back time and time again: the abattoir reflects the lyre, the intellectual complements the feral, the lyrical is tied inextricably to the primal.

For me, the warm and throbbing heart of the two albums is ‘Nature Boy’:

“I was just a boy when I sat down To watch the news on TV I saw some ordinary slaughter I saw some routine atrocity My father said, don't look away You got to be strong, you got to be bold, now He said, that in the end it is beauty That is going to save the world, now”

It’s built like the monstrous twin of Steve Harley’s ‘Come Up and See Me’, but the juxtaposition of the mundane and the grotesque in those opening lines is a clue that there is more going on than first meets the ear. Cave is grappling with modernity, accepting Gramsci’s challenge to live without illusions without becoming disillusioned. Like the names he invokes on his ode to writer’s block ‘There She Goes, My Beautiful World’ - John Wilmot, Nabokov, Philip Larkin, Dylan Thomas, Johnny Thunders – Cave seeks redemption in beauty.

He’s a scholar of the love song, and ‘Nature Boy’ in particular reflects his influences but also his economy of language. These lines:

“Later on we smoked a pipe that struck me dumb And made it impossible to speak As you closed in, in slow motion, Quoting Sappho, in the original Greek”

Are surely an edited version of a scene from Dylan, although granted, the nationality of the poet is changed:

“She lit a burner on the stove and offered me a pipe "I thought you'd never say hello," she said "You look like the silent type." Then she opened up a book of poems And handed it to me Written by an Italian poet From the thirteenth century. And every one of them words rang true And glowed like burnin' coal Pourin' off of every page Like it was written in my soul from me to you, Tangled up in blue.”

If we’re talking love songs then lust can never be more than a heartbeat away. The lyrics are tongue-in-cheek, although not necessarily his own. The album was recorded in Paris, in Serge Gainsbourg’s old hangout, and there’s something of his crude libidinousness present on ‘Babe You Turn Me On’: “Now, the nightingale sings to you And it raises up the ante I put one hand on your round ripe heart And the other down your panties”

If ‘Nature Boy’s seduction was Dylan, then the sex scene: “You played the patriot, you raised the flag And I stood at full salute”

Like Zevon he has that rare ability to make you laugh with a neat turn of phrase or a subverted rock cliché. There’s a disarming moment on ‘Hiding All Away’ where the backing singers collapse into a fit of giggles, unable to keep time with Cave’s preaching. Just as the song seems about to dismantle itself, the shock-and-awe finale kicks in.

Likewise, just when you think the album is all wild, animal music and sly wit, they’ll cut the ground out from under you with a heartbreaking lament. ‘O Children’, the album’s sorrowful coda, is The Bad Seeds at their most holy. The breadth of their ambition encompasses everything from the lurching groove of ‘Fable of the Brown Ape’ to the sun-kissed calypso of ‘Breathless’. It was on these albums that Warren Ellis’ influence on The Bad Seeds began to come to the fore, and it’s that partnership between Cave and Ellis that over the course of the decade became the driving force for another great Bad Seeds album, several soundtracks and, of course, Grinderman.

I was already mumbling lyrics like incantations by the time The Bad Seeds drove these songs even deeper into my psyche at Luna Park, a fairground which nestles under the Sydney Harbour Bridge. Cave looked 12ft tall that night, and he moved like an Elvis of the shadows, as if in negative exposure. I was ejected into the warm night and into adulthood with stolen couplets on my lips and a fierce kind of joy in my heart.