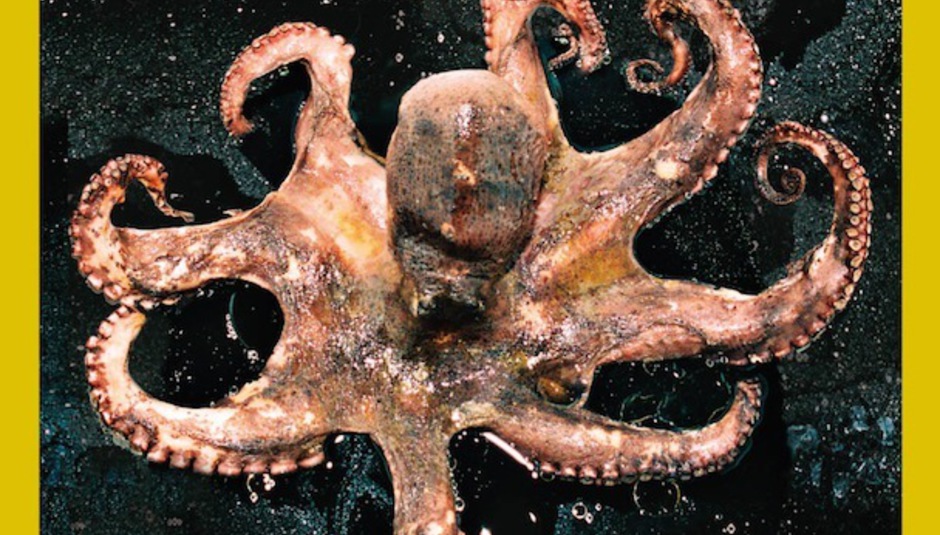 El Guincho give us the run down on his forthcoming new album, Pop Negro, out on 13 September on XL Recordings.

The earliest song on Pop Negro, but it’s been changed around a lot. I first wrote it couple of years ago, during a stopover we made in Singapore, after playing Australia for the first time. The idea began with a strong up-tempo beat over which I stuck the lyrics in quartets. When I got back to Barcelona I bought a synthesizer and started to try out some tones over the rhythm pattern, and then the steel drums phrase, which goes over the chorus, came about. We recorded a demo version with a good friend of mine, Sergio from the Thelmaticos, keeping that cyclic thing going from the previous record. It sounded cool, but a little frantic, so I dropped the tempo and added those 808 pitched handclaps on the sides – a little bit Polow da Don, and the production on Promise by Ciara which I love. But I wanted something different, so last summer, in the studio, I made the baseline a bit more complex to give it more groove, and I re-did the second verse so it was syncopated and had more breaks. I think the track came out more upbeat, with extra twists and I’m very pleased with it.

With this song the idea came first, before writing any music. I wanted to mix a sort of Walter Afanasieff type production with a melody and lyric from a classic Fania Hit. In fact it’s a very Fania type thing, very Jerry Masucci, looking for strange crossovers and seeing if they work. I tried to build a whole new song over a closed loop, but in exactly the opposite way from what I was doing with Alegranza – rather than setting it out as the basis for the structure and then using the repetition to make the whole song work, I wanted to use it as a handicap. There’s a nagging phrase something going on underneath, (in the case of Novias its the 4 bass drum loop and the guitar line), over which you try and put together a radio friendly song with hooks and changes which surprise the listener, in spite of this kind of “prison” of sound you’ve constructed. A prison, but also a nice trick, a bit like Afanasieff uses in Mariah Carey’s Fantasy, where he plays with a Tom Tom Club sample that comes in and out until it’s almost a cover version of the chorus of the original towards the end. It’s cool doing a song like that because in one way it works immediately, but then you also surprise yourself, trying out more radical changes.

This was one if the last tracks I did. I recorded the whole thing in Barcelona, at Marco Morgione’s studios. We’d just finished a thing at the Lliure Theatre, some Kiko Amat texts directed by Sergi Faustino. They’d got Adrián de Alfonso to do the music for the piece, some covers, and he’d rung up a few friends to put together an occasional band. There was a girl called Cris in the group, who I knew but I’d never heard sing before, and her voice just blew me away. I said do you fancy singing a bit on the record? She said yes, and we recorded over an old demo I had on the computer with this name, Ghetto Fácil. It wasn’t even a proper song, just some beats with a few synth lines. I went back home with her vocals on the sampler and listened to them all night, started to chop it around, and somehow, by magic, that little vocal loop that drives the song came together.

This is another one of the earlier songs on Pop Negro. We used to close gigs on tour with this, when we were a duo, me and Aleix. Being one of the older songs it’s gone through a number of mutations, a bit like Bombay. It’s one of my few songs where the lyrics anticipate the changes - where the verses are genuine verses, and the bridges “real” bridges. In some way the structure and that more pop influence, (if that means anything), showed us the way in the studio. I tried to break it up a bit more - but it didn’t sound natural - so in the end the changes came in with some up-front backing vocals, kind of Teddy Riley style, and a stereo effect. We opened up the more conflicting sounds a lot, the damped guitars and keyboards, and so we were able to stick in surprises in the rhythm tracks, treating the sound of the handclaps and the snares differently in parts of the track and sticking in small sections to lift the song – like in the choruses of “eres tú la voz en mi habitación" (you are the voice in my room).

After watching the Tom Curren surfing documentary The Search, I really wanted to do a song like this. In high school there was a group of us obsessed with surfing and bodyboarding. We used to spend Friday to Sunday on the beach and skipped classes whenever we could to go riding the waves. We bought the magazines, watched the movies and all that. I was easily one of the worst, I couldn’t do many tricks and had a strange style, but I used to love it out there in the water. There’s always an incredible moment when the series of waves arrives, you see them a long way out and they start to come towards you - that moment when you start to paddle out and have decide whether to catch that wave or not. It’s a very special sensation that you only get in that situation. This song talks about that, and I thought it was fun to mix it up with a tribute to another very powerful feeling – losing your first love. (I really like how that’s described in "Qué triste es el primer adiós" by La Onda Vaselina. Out of that I recreated a sort of vocal loop reminiscent of the song, and completed my tribute to that golden age of surfing.

After some months in Berlin, Alex and I decided to record some more songs in the Cinearte Studios in Madrid. We just noticed that the album needed something to be ready. We hired the studio from Monday to Friday. Alex Mazoni went with me during the whole production of the album and it always was an enormous support. I arrived in Madrid the previous weekend to the dates we had hired the studio and I had not written anything yet. I re-met som friends in Madrid that I had not seen for a long time and I couldn't do anything. I went out every day and I went to bed at dawn. It was some kind of freedom after such a long time recording in Berlin. The previous Sunday to the arranged dates I made a small synth rhythm and I labeled it as 'mafia-beat' in my computer. We arrived in the studio and when I started to recreate it, it sounded so good. All the elements seemed to join easily and the bass drum grave fired us back. Those days we kept long conversations with Brian, the engineer of the session, about the sounds and the compression in the radio. Those conversations gave rise to the lyrics, some kind of memento to the promise of music when it sounds on the FM.

I think this is the best production on Pop Negro. Jon Gass also did his best in the mix. He treated the voice with the coldest reverb in the album, similar to that he did with babyface, and however it keeps the rhythm and the claps quite hi-fi, like his mixes for TLC or Destiny's Child. In this song ideas that are scattered in all the other songs are combined. The chorus level, the linear guitars/keyboards like Nile Rogers, the fall of the bass drums, the soft synthesizer bells over an aggressive and faltering beat... There are two incredible saxo solos by Jens Neumaier... It is one of the songs I am most proud of.

This song has one of my favourite beats in the album. It sounds like in a cavern with drums by Tony Visconti for Bowie or Sparks. It is quite straight and its parts happen very fast but it has density as well. Lots of tracks full of voices, girls singing in falsetto, choir loops like UK soul with flanger and p-funk guitars on both sides. We recorded it in Barcelona in Alex's studio. He played a bass line that I love. He added some kind of groove close to disco music that leads you to the final coda.

For this song I focused on Paco Trinidad's production for the album "Luz V" for the Spanish singer Luz Casal. It sounds clean. I love Luz's voice, but under her voice a universe of quite intelligent things is happening. Synthesizer layers, small voice or guitar arrangements, etcetera. You always find a detail to get hooked to it in each song. The chorus of this song is polirhythmical and the lyrics go swallowing meters, so I found a trick to keep it high, and that was that background sounds started to appear, some kind of piano subdivision like that in Tricky Sewart that supports the song and makes it more intelligible or subgrave surprises that alert you that the song is back once again. It is a song for an ending like "Boys and girls" or "Bête noire" by Bryan Ferry. In fact I asked Jon to produce the voice like Rhett Davies in order to have a certain reminiscence. I love those pieces of music at the end that repeat the chorus once and again, they give that idea of 'end of the story'. That's all we tried to do with "Danza Invinto".