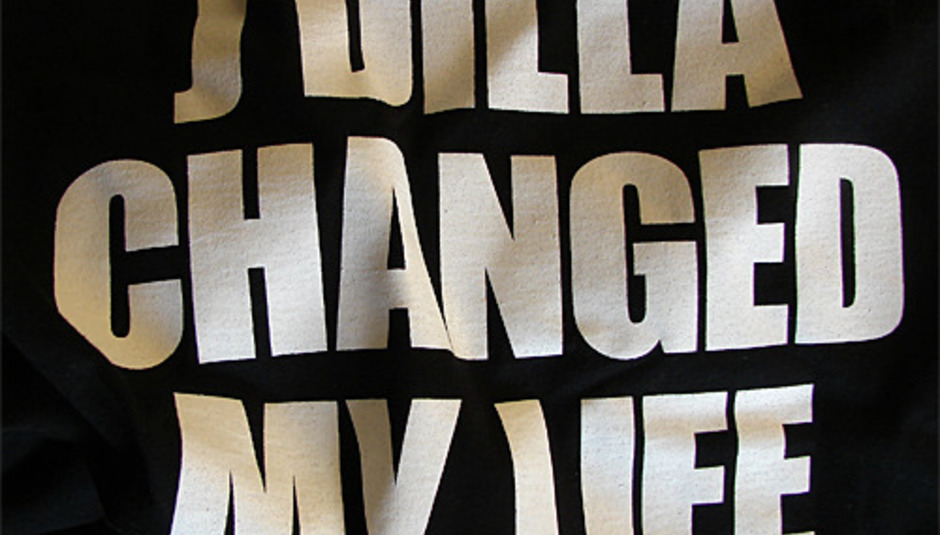 The world of electronic music is so littered with sub-genres now that it is far too difficult for many to keep track. More than anything, the awareness that terms for certain minutiae of change in a sonic spectrum is journalistic. But sometimes such defining words can feel appropriate – encapsulation will be impossible forever,

So, it is my daunting task to try and sum up one that has been born out of a consistently mutating, bass led world in it’s most onomatopoeic guise – that which is known as “Aquacrunk”.

Now, like me, you may look at that word and think, quite simply, What The Fuck. You have that right. But then there is a point where a certain level of understating has to come into play. You see, aquacrunk/wonky/IDM/whatever-you-want-to-call-it has, in fact, a more simplistic build, and history, then its idiom may lead you to believe.

Its history may be arguable, but one of its, potentially unfortunate, forefathers was the inimitable and unquestionably brilliant J DIlla. His death defying works have been harnessed by those with a proclivity towards the off-kilter beats he created, and his work still resonates to this day, whether sampled by the plethora of up-and-coming hip-hop starlets, or what seem to be never ending posthumous releases. In fact, his label, Stones Throw (started by Peanut Butter Wolf, no less) still puts out some of the most forward thinking names of this electronic generation – namely the likes of Dam-Funk, Koushik, DOOM et al.

But, other than that, you may ask – where has it all gone from there? Well, its roots grew throughout so many different plains in the electronic world that it was hard to pinpoint. The percussive nature of the beast remained the same, but its main purveyors seemed to appear from areas that seemed unbefitting to its hip-hop heritage. But what brought a new generation of electronic prodigies to the fore was a manipulation of tone when it came to the synthesised melodies of that which they were creating.

You see, the ‘aqua’ element of the genre, when thought of sonically, is pretty self-explanatory. Unlike its dub laden sibling, the computer’s whispers and roars with such a heading come with an earthly feeling, and not solely from their intricate manipulations from their masters. The frequencies bend around the liquidity of the music’s molecular structure, with errant noises and washes of sound emanating from

Of course, with such descriptors, it’d be hard not to envisage someone like Flying Lotus not at the forefront of such a scene. His take on music has brought in everything from jazz, electro, dub, techno, soul, acoustic, dub, hip-hop – pretty much everything. But it all retains that inexplicable groove to it that is so essential not only to his own artistic output, but also to those who surround, support and work with him. His Brainfeeder imprint has brought the likes of Nosaj Thing, The Gaslamp Killer and Lorn into the foray, harnessing a vintage sound to something refreshing and new.

Another US label that has pushed the envelope in such a fashion is Ghostly Interntional. OK, so their output stretches far beyond even the idea of this specific genre sub-genre, but artists like Dabrye and Michna fit so perfectly into the mould that it’s hard to argue that their ear isn’t pricked towards this new entity. It’s even arguable that Modeselektor’s alternative brand of electro has had a burgeoning effect over in mainland Europe. Their wobbly bass lines and proclivity towards the beatier side of the spectrum on ‘Happy Birthday’ – including collaborations with French hip-hop-troupe TTC – have shown that the premise of the genre has affected. Now having setting up their own Monkeytown Records (putting out the likes of Bok Bok and Ramadanman), it’s further proof of an understanding that seems to be sweeping not just over Europe, but internationally.

But of course, over here in Blighty, we have probably been more exposed than most to this new level of obscure subgenre nonsense. When you look at the early output of Warp Records, from early Squarepusher, Plaid, Aphex Twin – all of these names seem now (probably disrespectfully) to have been a stepping stone towards what has become a completely different entity. But Warp themselves have realised this – putting out FlyLo and Hudson Mohawke may have seemed like a brave step for a label so pigeonhold in itself – but what are Warp if not brave.

Hyperdub’s indelible print on the world of dubstep has brought to the fore the likes of Zomby, Darkstar – even going so far as putting out 12’s from the aforementioned Samiyam and FlyLo, so they must not be discounted from having an invaluable input to this scene’s output. It may seem a lot to put alternative tags on artists who have been put on such a staunchly forward-thinking, dubstep prominent label, but Steve Goodman knows a trick when he hears one, better than most.

Probably the most intriguing step for the UK’s beat scene, though, came from Scotland – an area that is probably as far removed from the heritage of hip-hop as you could possibly get. But, according to Numbers forefather Rustie in a releatively recent interview with The Guardian, that’s exactly why it all happened. The Numbers, and by default LukyMe, collective seem to, more than anyone, be at the front of the queue when it comes to producers for this mutation. Rustie’s reputation was born from those Glaswegian nights and he is now due his first fulllength album on Warp – he was only slightly preceded by Hudson Mohawke, whose ‘Butter’ album was one of the highlights of last years electronic releases. His work with Mike Slott – in the form of Heralds of Change – is an underrated force in the scene’s canon, whilst the likes of Machinedrum and The Blessings seem to be enhancing the label’s reputation even further. All of those nights in Glasgow still retain their enviable prowess, but the solidification of all that they have done in the form of their Saturday night takeover at this year’s Sonar festival only goes to show just what an essential that collective has become to this vast stable. They even have gone so far as putting out American Men – a band formed from members of Dananananakroyd amongst others – who have taken their eschewed electronic ethos and formed a formidable live musical force with it.

But what should never be forgotten – and what is no dissimilar to genres that are even ridiculously far removed from this one – is that it was a sense of community and family that had brought of this together. Like so many brands of electronic music, the labels are just as important for these artist stables to grow, to function and to thrive. Without a Stones Throw, there may be no Dam-Funk - without a LuckyMe, no HudMo, no Machinedrum.

All of these names can shoulder any influence – sure, a lot of them may be unnecessarily tagged with horrific genre names, but the most important thing is that there is a realisation that we are living in a far more free musical age than that which can be hindered by such unnecessary tagging. There is a thriving set of artists who are pushing the envelope which so many will try and force them into, and 2010 may show so many of them coming to the fore – but this is only the beginning.