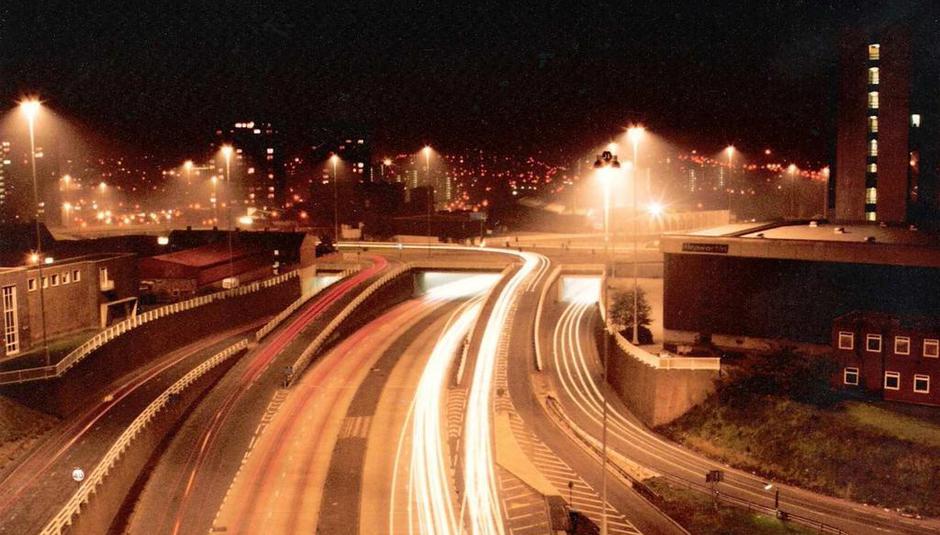 The third installment in our ongoing series of local scene reports from our local scribe in Leeds...

The arrival of summer in Leeds signals the mass departure of the countless students relied upon by the promoters. Combined with the fact that for these next few months there is the strong urge to see live music in fields means there’s typically a bit of a gig drought round these parts. Thoughts instead turn towards Leeds Festival and the Futuresound competition which offers local bands a chance to play there. Forty local bands are lined up to play across ten heats at The Cockpit, all vying for a spot at the festival with the winner getting to play the Festival Republic Stage, and five runners-up each getting slots on the BBC Introducing Stage. This year’s choices contain several local favourites that have been mentioned on this column before as well as some decent bands yet to feature, making for some appealing gigs that go some way towards easing the city’s thinned out gig listings. All the heats and finalists are here

Familiar faces Lone Wolf and Pulled Apart By Horses released albums recently that are destined to top end of year lists and also notched up very respectable 8/10 reviews on this site:

As this column has been somewhat restricted to just my musical tastes, I thought it’d be a good idea to open it up this to some fellow Leeds inhabitants involved in the local scene to find out about what they’ve been listening to...

First up is Whiskas - a familiar face in Leeds having established Leeds label Dance To The Radio and wielded guitar in !Forward, Russia!. Whiskas now occupies himself recording artists down at Mook Studios, and his new musical project Honour Before Glory amongst other things.

There's been some good stuff, some good compilation releases, but off the top of my head the Quack Quack album is really something. It really captures a mood, a jerky, krautrock mood.

You've been busy recording a lot of local artists at Mook, who have you had in recently and how have those sessions been going?

Yeah, everything is going well. I've recently been doing lots of stuff with Wingman, Harry Johns from Old Romantic Killer Band, which is sounding 'rad'. Also Blood Oranges, which we all get really excited about which made the whole thing loads of fun. Arthur Rigby & The Baskervylles and Sam Airey have also been making some good sounds, and I'm now concentrating on a stretch of recording lots of new Honour Before Glory material.

What other local artists have caught your attention this year?

With Leeds, bands come to the fore with their first couple of gigs, so quite often it takes a while for things to sink in. It's good to see Milk White Teeth get some established mainstream love, and the live debut of Lone Wolf has been great. I'm lucky that a lot of bands I've mostly been impressed with have come through Mook. Runners are a band doing good things, and I'm intrigued by what I've heard from Don't Panic, Dear as well, and the band a lot of people seem to be getting moist about is Loose Talk Cost Lives.

Which forthcoming local gigs/festivals are you most looking forward to this summer?

Oooh, I'm not sure, I'm not very good at planning things at the minute. The latest festival of new bands in the annual Futuresound showcases at The Cockpit should be really good and I'm looking forward to seeing lots of bands I haven't before. Some good people in Harrogate are also putting on a Fringe Festival, culminating in a Live At Leeds style alldayer on the 31st July which sounds good. Also the Leeds Festival line-up seems to have thrown up some interesting stuff, so I may well get to that as well. After Summer though, there's a host of amazing bands visiting Leeds (Wolf Parade, Mountain Goats, The Low Anthem), so I may to have save myself for them. Next are the thoughts of Matt Johnson who runs Leeds based label Sea Owl, who have recently released tapes by Ox Scapula and Wonderswan, and will be releasing tapes from Hookworms and Hired Muscle very soon...

You set up your own label, what was the motivation behind doing that?

The first time I saw Ox Scapula I wanted to put out a record by them. I decided to release tapes with a download as it gives you something tangible and interesting to own but anyone without a tape deck can still have the songs. I'm really excited about the Hired Muscle tape we've got coming out soon. The songs are amazing - a real Minutemen vibe.

This sounds self serving (and cheating) but I just recorded a 7" for a band called Broken Arm that is coming out on Gringo Records soon. They have a killer grasp of the Am Rep back catalogue and the flip side is this seething six minute long misanthropic jam. I'd bet on the Mob Rules LP being my most played record by the time the year is out though. myspace.com/brokenarmyo

Which Leeds artist has grabbed your attention the most this year?

Bands from Leeds that I would still go out of my way to see would include Uprights, Mob Rules, Blood Crips, Quack Quack and Spectrals. I've really enjoyed the Eagulls demo these last few weeks too. People keep saying they sound like Dinosaur Jr, but the vocals sound like Radon to me. myspace.com/eagulls

Which forthcoming local gigs/festivals are you most looking forward to?

Nick that does Niche Homo zine is doing a clubnight at The Common Place on July 17th. Hipshakes (great band!) and Uprights are playing and there'll be music like Brainbombs, Monks, Eddy Current Suppression Ring and Dead Moon. It'll definitely be fun, and it definitely won't be like The Cockpit. Plus it’s really important to support The Common Place while it's still open.

You can pick up all of Sea Owl’s releases from here. For those of you who don’t know about The Common Place it operates as a venue, cafe and meeting space in the heart of the city, and is autonomously run by its members (membership is open to all for just £2 per year). Instead of having a leader and profit-driven motivations, The Common Place has a rare open sense of community and co-operation which breeds creativity. There’s plenty going on there aside from gigs, such as language workshops and campaign group meetings. Look it up here.

I’ve bundled together a little Spotify playlist featuring some of the artists mentioned above. Give them some of your time and you will be rewarded...

Finally here are a few gigs that might be of interest...

As usual feel free to bring to our attention below any bands, gigs, releases, clubnights etc that you feel have been unjustly overlooked...