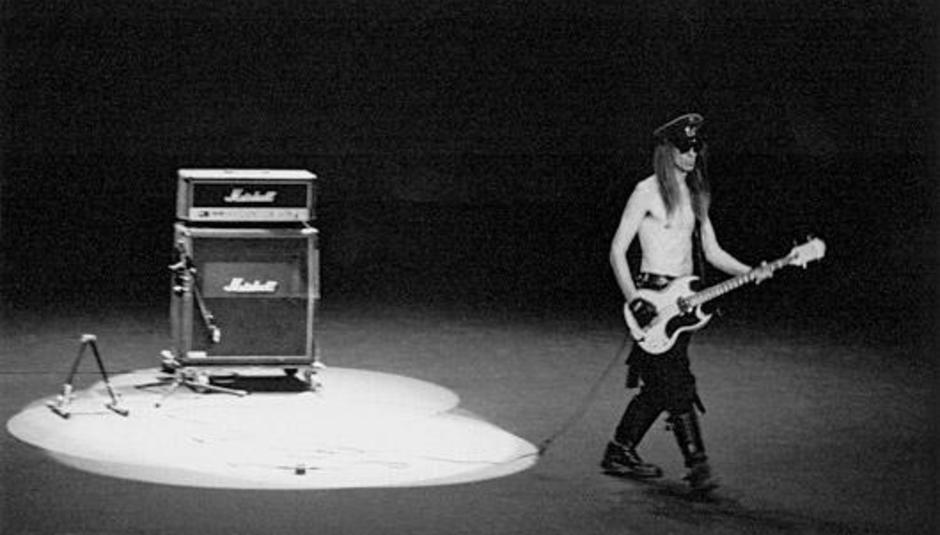 With a career encompassing four decades and currently half way through his fifty-third year on the planet, Julian Cope has been there, seen as much and probably done everything twice over. Which ultimately begs the question, why carry on when a comfortable retirement would be the easiest option? Indeed, for someone whose creative zenith has often found itself aroused by conflict, it's probably not too much of a surprise that amidst 2010's Conservative Democrat landscape, the maverick likes of Cope find themselves more relevant today than at any point in the past fifteen years.

Having come to prominence as leader of The Teardrop Explodes via legendary but unheard proto-group The Crucial Three, Cope has consistently reinvented himself both as a musician and a writer. With over thirty albums to his name throughout his various guises, not to mention six novels - a seventh, 'Lives Of The Prophets: A New Perspective' is currently in progress - it's fair to say he's never been one to just sit back and rest on his laurels. That said, even the most devoted of Cope's followers would be the first to admit that quantity hasn't always been matched by quality, and occasionally his live shows have descended into farce, usually premeditated by his now legendary fall-outs with numerous artists over the years.

With this evening's solo slot billed as something of a greatest hits set encompassing his entire career from The Teardrop Explodes to the present day, it's already given those assembled plenty in the way of guessing games as to what he might play. Within seconds of him taking the stage, at least a dozen of his songs are reeled off by members of the audience culminating in one wag's shout of "let him do what he wants!" receiving the largest cheer of all, not least from the surprisingly jovial Cope himself.

Resplendent in a 1960s style United States Army regiment cap and leather waistcoat that could have been pilfered off a Hell's Angel on the way here, Cope's between song anecdotes are as coquettish and witty as any stand-up comedian's repertoire, intentionally or otherwise. Rants about his hometown of Tamworth, the author John Timpson and how he'd like to be left alone with Nick Clegg and an Uzi leave no stones unturned. The poem 'Socrates Mine Enemy', a caustic ode to hedonism, receives a seismic mid-set reading and highlights Cope's versatility as a showman, but ultimately, it's the musical output that lifts tonight's show to another level, and for the most part underlines why some would herald Julian Cope as a post-modern genius.

While the more recent 'Come The Revolution' and 'I'm Living In The Room They Found Saddam In' (from 2008's Black Sheep and 2005's Citizen Cain'd respectively) open proceedings, it's left to 'The Bloody Assizes' from his critically acclaimed second album Fried and Like Leila Khaled Said from The Teardrop Explodes lamented Wilder to really set pulses racing and temperatures rising. Armed with little more than a guitar and an array of effects pedals that Kevin Shields would be proud of, what looks a minimal set-up actually resonates with the ferocity of a full band in places.

When he's finally joined onstage for more older material in the shape of 'Head Hang Low', one of his earliest solo recordings, and posthumous Teardrop Explodes single 'You Disappear From View', the applause is deafening, much to Cope's unbridled delight. The cathartic bliss of 'Autogeddon Blues' quickly morphs into Peggy Suicide's 'Promised Land' before 'Search Party' leads the way for a trio of choice cuts from Fried, 'O King Of Chaos' and 'Sunspots following in near succession.

Of course there will always be someone's personal favourites omitted - no 'Books', 'Treason' or 'Beautiful Love' for example - either by way of time constraints or otherwise, but after a ninety minute trawl through one of the most extensive back catalogues in British music today, a rousing rendition of first Teardrop Explodes 45 'Sleeping Gas' proves both sentimental for the nostalgia freaks and invigoratingly fresh for the rest simply awestruck at such a breathtaking, and at times diverse performance. Floored Genius indeed...