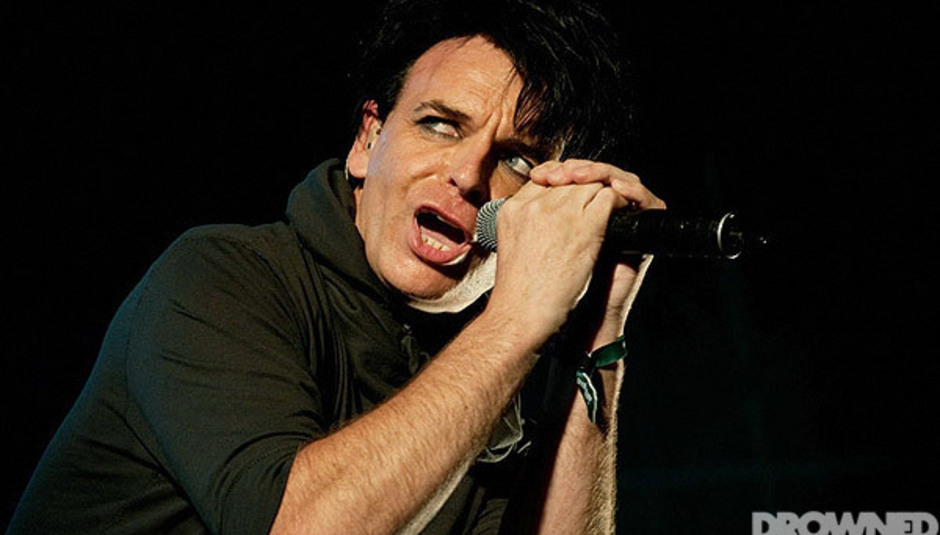 One of the best things about large-scale music festivals is, I think, the opportunity to catch bands, new or old, who you haven’t got round to yet. As a kind of litmus test these performances work wonderfully, and so it is when I make it on site for the last day: I’m greeted by a lovely late-afternoon set from Real Estate on the Pitchfork Stage. Their Wikipedia entry tells me I’m dealing with a “psychedelic surf pop band,” and if this is what psychedelic surf pop sounds like – loose, jangly and perfect in the Barcelona sunshine – then I’m all for it. (JS)

I’ve tried, really tried, to avoid Florence and the Machine this past year. I realise that this is quite bad practice journalistically, but whatever: come Primavera Sound 2010, shortly after an enjoyable, if morose set from Sian Alice Group, I’m finally confronted with the Welch, and all I can think is: How? I get that she’s quirky, I get that some people find her attractive, and I get that she can sing, albeit in a showy, mannered way. But I just don’t get anything resembling songs from her, anything with any real personality, anything, crucially, of any depth. All I get is wailing, and a vague sense of residual injustice suffered by Gang Gang Dance. (JS)

I’d heard reports that Brooklyn trio The Antlers can’t really pull off a live show and to be honest, I wasn’t too surprised. Hospice is one of my favourite albums of last year, but it doesn’t exactly lend itself to performance – those great washes of noise, Pete Silberman’s expressive falsetto, the heavy, oppressive atmosphere – those things must be impossible to impart as a mere three-piece on a stage. Right? Wrong, actually: as night falls on the Pitchfork Stage for the last time this year, The Antlers fucking own. Watching them play it becomes clear that they are a rock band first and foremost, and a very fine, very loud one at that (a reworked ‘Two’ and the closing ‘Wake’ are particularly excellent). Hands down the sweetest moment of the weekend also occurs halfway through their set, where I think I can hear a girl behind me emphatically singing along to every word. Turns out I can, and as I clock her she apologises before burying her head in her boyfriend’s shoulder out of embarrassment. It’s a tiny thing, but one that will stay with me, and deftly communicates the kind of fandom this band inspire. (JS)

Proof that the Eighties seems to be in a state of perpetual revival is the faintly unexpected smattering of UK synthpop legends adorning the bill. I only catch about ten minutes of Marc Almond on the Friday night, but in all honesty it’s probably about the worst ten minutes of the festival – an incongruous mishmash of preening showmanship and session musician sterility, accompanied by a horrible greasy burger and cold chips that took forever to order. Gary Numan was better the following night over at the Vice Stage, but that didn’t stop the masses piling out of there once ‘Cars’ was dispensed with. There’s probably something to be said here about how two defining figures of the 1980s are so effortlessly upstaged by all the young upstarts they’ve influenced, but I don’t know what, exactly. Pet Shop Boys aren’t going down so easily, of course, and their stage show – a sort of kitsch variant on Pink Floyd’s The Wall - is far and away the most nakedly fun thing any band breaks out this whole weekend. Still, having seen them play this exact set at Latitude last year, a few stern questions come to mind, notably 1) so they’re miming, yeah? and 2)WHY WON’T YOU FUCKS PLAY ‘RENT’? (AL/JS)

Also seen: if Michael Rother & Friends present NEU! music had just called themselves NEU! (sure, it’s just Rother of the original band, but that’s Steve Shelly on drums ferchrissake) then this would probably have happened later and for longer and I feel oddly naughty casually listening to ‘Hallogallo’ et al in the late evening sun, but erm, it’s great (and online HERE); "bass is good for de pom-pom"... I suspect you either have those words and the accompanying image seared into the least pleasant bits of your subconscious, or else you've never seen the frightening atrocity that is the present day Slits. In which case, don't; Grizzly Bear, I suspect, are a matter of where you stand – some people said the sound was tip top, but from my perch back and to the right a bit, those harmonies don’t sound all that crisp and clean to me and it all just washes over; Built to Spill are grumpy fucks, but when they finally deem a song ready to be played they’re absolutely sublime, divine baths of welcoming noise and heroic melancholy; Liquid Liquid bring The Funk in quite ferocious fashion, kicking the night into higher gear, even if it does begin to blur into one (awesome) bassline; Oribital are sort of the comedy addition, and to this end they drop both ‘Heaven is a Place on Earth’ and ‘You Give Love a Bad Name’ – perfect, though they play for a surprisingly short time; I’m going to be honest, I’m really off my face by the end, but the broad conclusion I’d draw from fragments of memory is that 8-Bit Boy is chronically one dimensional, while Fake Blood roolz and this fact should be acknowledged, albeit preferably by somebody with a more coherent memory than I.

In Photos: Pixies @ The Troxy, London