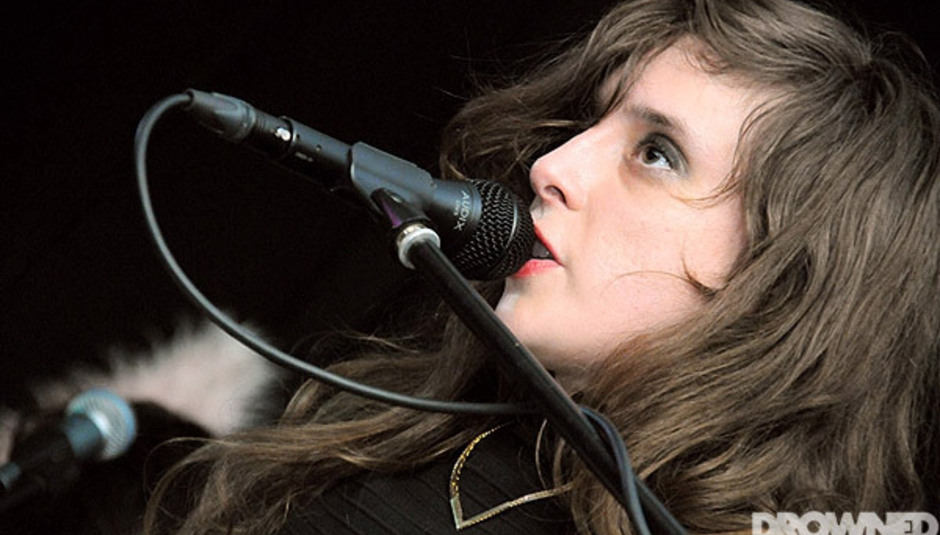 Now in its sixth year, the Dot To Dot Festival has outstayed many of its rivals purely on the basis of its unerring frequency at discovering many an up-and-coming artist, not to mention its location in two largely ignored cities on the festival circuit in Nottingham and Bristol. This year saw a third city added in the shape of Manchester, and despite ticket sales not being as quick off the mark as with previous years, no lesser time was had by DiS' man in Nottingham, Dom Gourlay.

Indeed, the lack of queues which in previous years has seen revellers forced to take their place in some of the smaller venues several hours before the headline act to guarantee entry was something of a Godsend. On more than one occasion it was a blessing in disguise to be able to flit around each of the five participating venues with willful abandon, not worrying about having to cut part of a set short for fear of being stuck in a stairwell or worse for the next forty-five minutes.

That's not to say there weren't any annoying clashes. As is the inevitable these days, several coins were flipped in anger, most notably over Wild Beasts/Liars and Blood Red Shoes/Washed Out, both outcomes notably justified by way of two of the day's most commanding performances. The sunshine helped too, ensuring that both the Rescue Rooms and Trent University patios received their fare share of usage throughout the ensuing afternoon and evening, the latter most notable for the Madchester timewarp that punctuated the afternoon's live entertainment.

While there's always a sense of trepidation for the opening act at any festival, this year would be even more so as a certain national football team happened to be (by all accounts) playing quite badly at the same time as Frontiers blistering set kicked off proceedings in Rock City's main hall. Thankfully, DiS chose the musical option and was suitably impressed at the sight of one of Nottingham's most promising bands developing into a raging concerto of anthemic guitars and pounding melodies.

While fellow city dwellers Black Light Parade's wall of sound almost bludgeoned the living daylights out of those in attendance, it was left to Georgia's Dead Confederate to bridge the gap between power and poise, similar to their recent show at Brighton's Great Escape. In between times, Leeds' Sketches demonstrate why (b)landfill indie is the new Phil Collins; proficient as an alarm clock, but instantly forgettable all the same.

With decision time fast approaching, DiS tries to encompass the best of both worlds and while Blood Red Shoes are a wildly engaging prospect, two songs into their set the blissed-out ambience of Washed Out seems more appealing. Despite the poor turnout in Trent's main room, Ernest Greene's one-man apropos at recreating a psychedelic dancehall is utterly mind-blowing, before Small Black join him for the finale. Glib as you like, DiS can't wait to head back to Rock City to tell our friends about what they just missed.

Of course there's one other reason for our rapid departure, Wild Beasts. Having seen them on numerous occasions already this year, accusations of being a stalker wouldn't be far wrong were it not for the fact they've gradually turned into the best band in Britain right in front of our very eyes. Anyone's who's seen them over the past year will know their set offhand by now, but even without the element of surprise Hayden Thorpe and co. are spellbinding. One of the "exclusives" - for want of a better word - at this year's Dot To Dot was the announcement of a rare appearance from Baltimore's Beach House. Sadly, their near faultless sound is marred by a less than charismatic performance that instantly washes over us. If there's one thing that Los Campesinos! could never be accused of it's lacking in character, and even though their status as headliners in Trent's vast gymnasium-cum-auditorium probably raised a few eyebrows, they deliver in style, 'Sweet Dreams, Sweet Cheeks' possibly being the first instance where audience and band have really connected culminating in joint participation all day.

With midnight fast approaching, DiS arrives at the Bodega just too late for Villagers but Team Ghost's dazzling sonic cathedral is both blissful and awakening in equal measures. Unfortunately, Yuck's slacker rock seems a little fake - maybe it's the fact they're actually from London yet insist on adorning American accents inbetween songs that rankles. Whatever, they're a million miles away from the band that blew us away earlier this month at Camden Crawl.

As the final hours of Dot To Dot 2010 draw to a close, the austere dance moves of Casiokids prove a fitting climax to over twelve hours worth of entertainment, and even after narrowly avoiding a beating at the hands of some local ferals in a nearby taxi rank, DiS is safe in the knowledge that this annual Bank Holiday shindig is still as vibrant as ever.