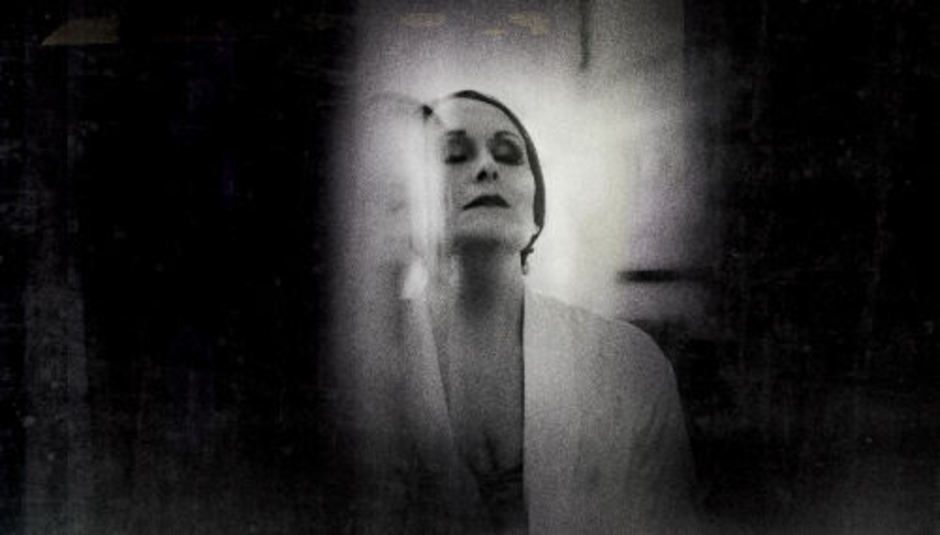 How Rufus Wainwright jumped in at the deep end and wrote an opera about... opera.

It's a brave move for someone to take a pop at an art form using the medium of that same art form – but that's exactly what Rufus Wainwright did with Prima Donna, his debut opera, which had its world premiere at 2009's Manchester International Festival and will receive its London premiere at Sadler's Wells on 12 April.

It's especially brave to poke a bit of fun at a 'genre' (for want of a better word – opera isn't really a genre, more an entire school of history and specific repertoire) when you're having your first ever crack at it, and when the media, wary of your seeming inability to do wrong, is secretly expecting and maybe even wanting you to fail. Add the notoriously closed-doors coterie of the opera world into the equation, and you'd be a fool to have thought Wainwright wouldn't get slammed. We're talking here about a guy who's mock-crucified himself onstage while singing 'Gay Messiah' and worn heels and pantyhose to recreate Judy Garland's 1961 Carnegie Hall concert. When it comes to challenging something as staid and upright as the opera establishment, he's not going to play it safe.

Sure enough, opera buffs reacted fairly badly to Prima Donna, rejecting it as lightweight, musically boring, overlong and a bit silly; but they were missing the point entirely. The pop songwriter turned up to Prima Donna's first night dressed as Verdi, accompanied by his boyfriend as Puccini – and, instead of giggling along with him, most opera critics saw this as an insult to the legacy of the 19th-century composer. I mean, c'mon guys. Lighten up.

Prima Donna is the story of fictional soprano Régine Saint Laurent (sung by the astounding Janis Kelly), who has not performed since the first night of her biggest role, Aliénor d'Aquitane. After the show, she discovered her then-lover in an embrace with another woman – whereupon she lost her, y'know, mojo. It's now six years later, and she is planning to make her comeback; although her decision to return to the stage seems less her own and more that of her fame-hungry butler, Philippe (Jonathan Summers).

Now, key to any classy artist's comeback is The Exclusive Interview, Ideally with a Broadsheet. Philippe arranges one such opportunity for Régine – but the chosen journalist, André Le Tourner (tenor William Joyner), reminds her of the ex-lover who spurned her all those years ago, and the arrangements for her second coming begin to go awry. When Le Tourner – for whom Régine falls – turns out to be just as unfaithful as her previous suitor, Régine goes to pieces and makes a suicide attempt. It fails, and she resigns herself to a life of solitude, watching the Bastille Day fireworks trail over Paris from her rooftop.

So far, so heavy – but Wainwright leavens the story with his signature wit and includes scenes that he no doubt knows will affront 'serious' critics. The atmosphere of obligation that surrounds Régine as she is pressured to fulfill everyone's fantasies except her own becomes increasingly stifling and farcical. Philippe's delightfully camp porter – played by dancer Steve Kirkham, apparently channelling Ugly Betty's Marc St James – bounds around like a fashionista's lapdog, pawing the chaise-longue's gaudy upholstery and generally not fitting in with the cobwebbed interior of Régine's neglected apartment. At one point, he rips open his shirt and demands Madame sign his waxed chest – a sly nod from Wainwright to the extroverted behaviour of 21st-century celebrity and fandom. The scene of Le Tourner's betrayal – where he wanders in with a Geisha girl and announces to Régine that he had simply forgotten he had a fiancée – is laughable, and it's meant to be.

Perhaps what Wainwright is doing here is demonstrating that the 'traditional' opera establishment – represented by the sombre, self-pitying Régine and the business-minded, manipulative Philippe – takes itself too seriously, when, actually, its grandiosity and mysterious customs are needlessly OTT (just like Philippe's assistant and Le Tourner, both of whom are outrageous caricatures). Why should opera not be funny?, Wainwright seems to be asking; why should it not veer toward pantomime if it feels like it? Indeed, it's Prima Donna's element of barminess that actually makes the overall sadness of the story more profound – at points, it is as though Régine is the only sane character in a world full of costumes and clowns, fated to withstand their madness with a tragic steeliness and indignity.

But Wainwright is not parodying the opera world because he hates it. Rather, his playfulness comes from a deep affection for this opulent, tragicomic art form; a passion that he has indulged since he was a young boy. It's a little akin to how we derive a kind of glee from mocking the people we love the most; he taunts it and teases it but ultimately reveres it.

Like all of Wainwright's music, Prima Donna's score is by turns ecstatic, coquettish and unbearably sad. It sports the tormented paradox that has, to this writer's ears at least, always seemed to be the crux of Wainwright's music – the sense that everything, even seemingly positive things like love and ambition, is ultimately tragic.

Take the relationship that Régine builds with her maid Marie (glass-shattering soprano Rebecca Bottone). While their companionship fosters supposedly good things – sisterhood, someone to tell their secrets to – they have only formed this bond because the men in their lives have maligned them. The hopes they share – of Régine returning to the stage, of Marie finding a man who treats her well – seem impossible or to have passed them by already. Even as the two sing an optimistic duet, the audience squirms with the foreknowledge that these women's dreams will never collide with their realities. Régine's short-lived happiness in anticipation of her big moment and in her brief dalliance with Le Tourner is equally tragic; tragic because she has been tricked into having hope by a man who is only interested in reviving her career for his own gain, and who perhaps never intended to keep his promise in the first place. Throughout the story, the audience is certain that Régine will be let down, but Wainwright still forces us to watch her naïve excitement result, for a second time, in a broken heart – and it's all the more tragic for its predictability.

Not one of Prima Donna's characters will ever fulfill the desires they have been duped – by themselves or by society's cruel illusion that we can all 'be someone' – into believing are satisfiable. But they soldier on nonetheless, somehow all the more admirable for their hopelessness. They are what give this admittedly a-little-too-lengthy production its feeling, and this tenderness is something that many critics of Prima Donna's premiere run in Manchester seemed to ignore while penning their rants against Wainwright's status of 'imposter' (he's not written 12 operas already, he's known for writing, gasp, pop songs) or his starry lineage (as though it allows him to get away with things others couldn't). This kind of in-crowd pettiness is out of place in a 21st century that allows musicians the space to experiment with anything they wish (see also: The Knife's opera, Tomorrow, In A Year, and a million other exciting things that are currently going on in order to make classical music more appealing to people with a hankering for new rather than old). The only things that matter are the story, the music, the imagination and the ambition – to be scornful of the latter is especially useless.

Rufus Wainwright tours his new album, All Days Are Nights: Songs for Lulu, from 11-29 April.