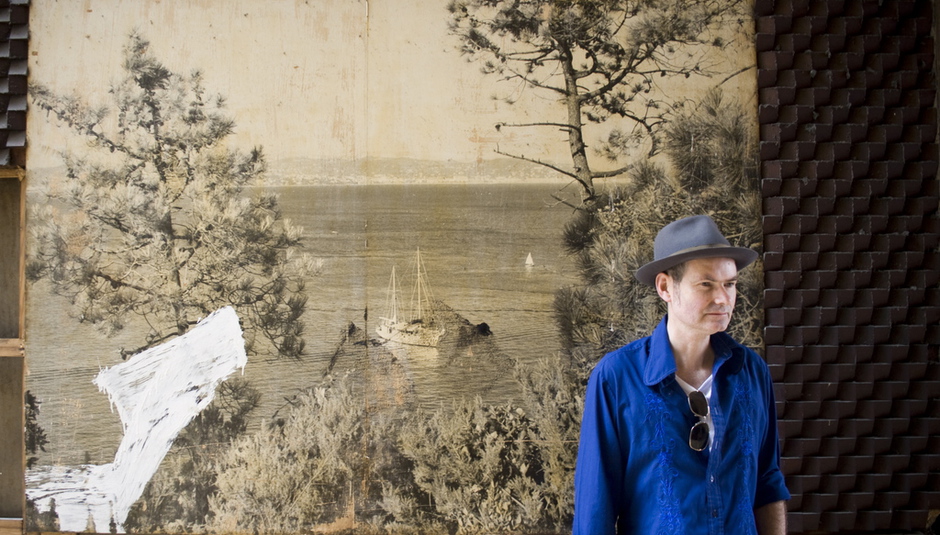 Though best known as PJ Harvey's most trusted lieutenant, the multi-talented John Parish has a long-standing career composing soundtracks to all manner of exotic-sounding indie movies. The latest, She, a Chinese, was released last month, the first to get a 'proper' release (DiS review HERE); to commemorate this occasion, Mr Parish hereby offers up his guide to the world of scoring.

The first film I scored was Rosie (Dir. Patrice Toye, Belgium 1998). I knew nothing about writing film scores, but enjoyed listening to them and had fancied having a go at one myself for some time. Patrice approached me because she’d liked the music I’d written for the Dance Hall at Louse Point album (John Parish & Polly Jean Harvey, Island Records 1996).

She sent me a rough cut of the movie. Not being familiar with rough cuts, I assumed that this was basically how the film was going to look and sound. So I wrote a series of pretty detailed pieces that fitted exactly with the scenes, and also contained a lot of ambient sonic details. I was later horrified when those details were largely obscured by squawking seagulls and other noises courtesy of the sound designer – a film credit that hadn’t previously registered with me. Also, of course, a lot of the scenes were re-cut and all my carefully timed pieces had to be edited, and in some cases completely re-recorded. It was a good learning experience.

Having now done half a dozen full length feature films plus a seven part Dutch TV drama – Waltz – I now feel I have a better understanding of the overall process, even though each different project has its own particular set of problems.

Although She, a Chinese director Xiaolu Guo speakes excellent English, I’d never worked with a Chinese artist before and wondered whether differences in culture and frames of reference would cause some communication problems. This wasn’t the case. Xiaolu was direct, in fact blunt with her criticism and reaction to music I sent through, but I found this an easy working relationship and the score came together relatively quickly.

My main brief for the film was to avoid ethnic Chinese sounding music. Not owning any ethnic Chinese instruments and never having written any 'Chinese-sounding' music before was an advantage here.

Video: She, a Chinese trailer

A composer can be attached to a project at pretty much any stage in the process – from before a single frame has been shot, until after the whole film is edited. When I got involved in She, a Chinese they had almost completed filming. Xiaolu was hoping that I could get some rough musical sketches to them quickly so they could start using my music from early in the cutting phase.

I had a few still images to work from, but not much more than that. So I started messing about with sounds and atmosphere, and also trawling through my bank of unused/unfinished pieces of music. I sent a bunch of stuff to Xiaolu. About half of these original sketches ended up in the film.

There followed a period of about a month where Xiaolu and editor Andrew Bird would send me different cuts of the movie, sometimes with suggestions for where there should be music, sometimes a suggestion for a specific piece, sometimes the more worrying ‘you haven’t sent us anything yet that works with this scene’. This is an interesting part of the process, but also frustrating because it’s tempting to write precise pieces, only to have the scene re-cut and the music not fit. In my experience of writing for film, scenes tend not to be set in stone until really near the end of the process and I’m often having to make adjustments to the music right up until the final audio mix.

Attending the audio mix is great because it’s usually the first time you get to see the images on a big screen & hear the music on a good cinema sound system. However, it takes at least a year before I can sit and watch the movie objectively and not be distracted every time my music comes around, or thinking ‘I preferred the penultimate cut of that scene.’

She, a Chinese is out now