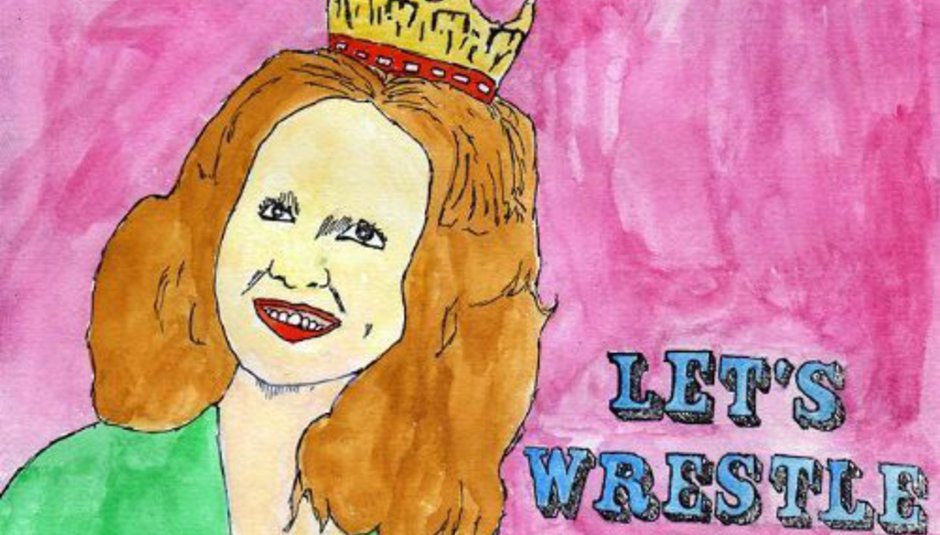 There is something to be said for not experimenting, not innovating, for staying within your means. Sentences like that don't seem to fit with what music journalists should be advocating. Experimentation, innovation, the thrill of the new – that should be key. But sometimes records come along that remind you how important the basics are.

Reminiscent of so many indie albums from the past, Let's Wrestle's debut album In The Court Of The Wrestling Lets is so successful because it does things simply. Guitar, bass, drums, vocals, the odd keyboard. That's it. When you know how to use melody, it's all you need. The lyrics remain wry throughout – the opening line is “I've been put on a pedestal / But I can't get down.” Even better (particularly for we jobless/dole scum/unemployed) is the 'We Are The Men You'll Grow To Love Soon', where Patrick Gonzalez sings “We're going down the job centre / And soon we'll come out with a job”. Few bands have managed to articulate the pointless nihilistic nature of young adulthood better. Let's Wrestle take their name from a David Shrigley cartoon, and something of his humour can be seen throughout the lyrics. This, and the slack, slightly rough production all add to the charm.

There are only two types of song on here, bar the aberration at the end (more later), the tumbledown faster one like 'I Won't Lie To You', rhythms racing to keep up with each other, and the torches aloft slowburner like 'My Schedule'. It's one of those albums the cliché of “every one is a potential single” was written for. They know the power of the handclap, and the 'ba ba ba' vocal. Some have characterised Let's Wrestle as being a bit dumb, but this is unfair. You have to be pretty clever to make music this stupid and fun.

Free music - In The Court Of The Wrestling Let's