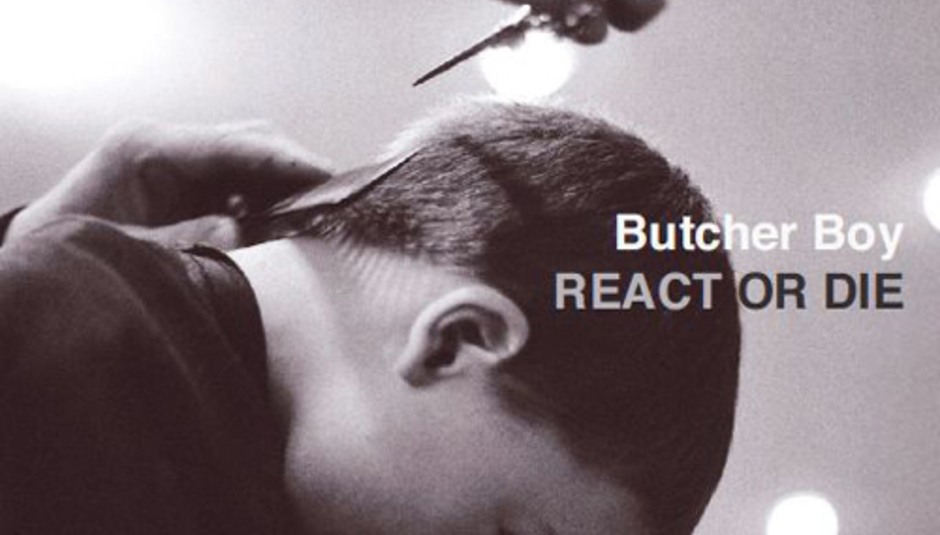 Glasgow is typically characterised as a dreich, dank and violent city, but much of its musical heritage seems to be centred around the light, graceful and romantic: Orange Juice, the Fannies, Belle & Seb, and Camera Obscura. Butcher Boy need to be added to that list, and not just because of their similar style; their continuing low-profile, even in their home city, is perplexing considering the strength of both their albums so far. If debut Profit In Your Poetry was hugely promising, React Or Die fulfils that promise, with ten achingly pretty, perfectly paced and impeccably produced songs in thirty fatless minutes.

In opener 'When I'm Asleep', singer John Blaine Hunt pointedly insists that his night-times are sterile: "I never dream, I never feel anything" he sings over a trilling mandolin melody. His vocal control is important: he doesn't hold a note for an instant more than necessary; it's only when the song swells, when the strings and mandolin combine into a gorgeous melancholy, that his vocals allow for breath, his emotion seeping through. It's as if his stoicism is stolen by the song.

This whole record does that to me. I struggle to stay composed. I've tried to pinpoint why the keyboard outro of 'You're Only Crying For Yourself' draws my eyebrows into an arch and teases my tear ducts to stir, every time I hear it, like Pavlov's bell. But, well, my attempt at critical detachment is stolen by that song, by all of them, by their exquisite arrangements, by Hunt's romantic lyrics. I'm convinced React Or Die will one day be recognised as an equal of any of its hometown's indie-pop classics. For now, it's either "just too beautiful and bright for these times"; or I'm finally going batty.

React Or Die is streaming in full on Butcher Boy's MySpace, and on Spotify.