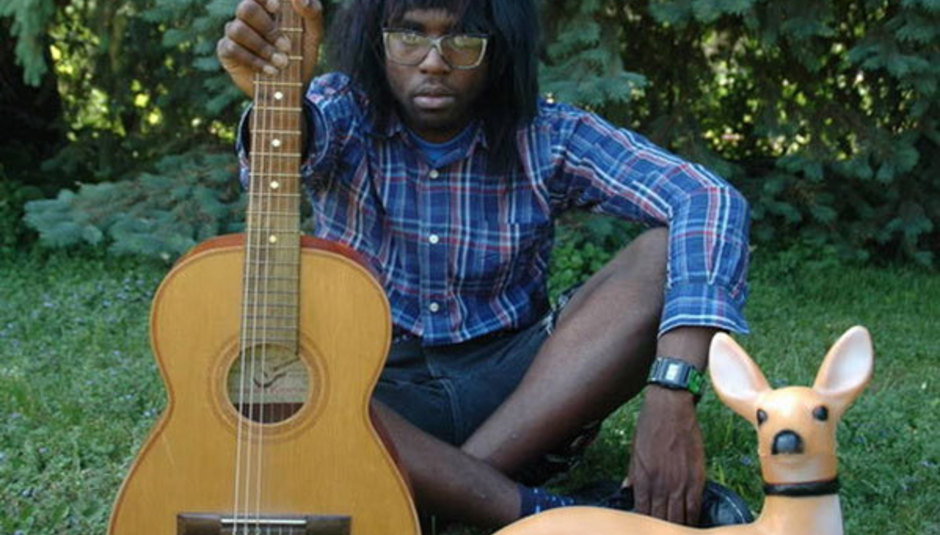 What is it about the country and folk modes that make them prime conduits for the disaffection and heartbreak of our nation's youth? What's made our kids put down the neon pink guitars and drum machine triggers and pick up banjos, ukes and washboards?

It feels as if over the past two or three years, more and more young artists are becoming tired of forging new musical roads and are taking on traditional songwriting themes and structures as a way of expressing feelings bigger than themselves. Of course I'm talking mainly about the burgeoning folk and country scene (pedants, can we settle on alt-folk?) that's been rearing its head and spreading its tendrils from London recently.

Video: Laura Marling - My Manic And I

From the sparse, haunting ballads of Mercury award nominee Laura Marling, through the twee folk of Noah & The Whale, the stomping Bluegrass-isms of Mumford & Sons, the lilting and melodic Emmy The Great and the confessional, often orchestral country pop of Lightspeed Champion, a community has slowly formed in the capital, made up of bands sharing similar ideals and influences; though not necessarily sounds.

In some ways this community mirrors that which built around alt county super label Saddle Creek. The homespun label is a veritable cottage industry, with bands sharing members, floor space and uber producer Mike Mogis. A family tree of the London folkers would prove far too dizzying (time consuming) to compile (I'm lazy), but Laura Marling has been both a Noah and a Mumford and Emmy has shared stage and studio time with Devonte Hynes AKA Lightspeed Champion, lending her lungs to both his live show and his debut album Falling Off The Lavender Bridge.

It's here, in fact, that the two seemingly disparate scenes overlap; in more ways than one. In February 2006, Test Icicles, Dev Hynes' post-punk agit pop project split, with Dev stating "We were never, ever that keen on the music. I understand that people liked it, but we personally, er, didn't." Any trace of this statement being down to bitterness, or patching over inter-band differences (as have been reported since), was quickly erased by the home recorded demo tracks that started to appear on the hastily assembled Myspace page under the moniker Lightspeed Champion. These tracks were the furthest thing imaginable from the mangled car wreck dance punk of the Icicles' For Screening Purposes Only. Unmistakably country fried and undeniably mature, they revealed a side of Mr Hynes that few could imagine existed from the evidence of his former bands; including a pre Test Icicles outing going by the simple and to the point name of Balls.

Ungodly yelping and hollering had been eschewed in favour of a surprisingly smooth and melodic croon. The omnipresent bank of effects, synths and drum machines, stock in trade of the dance punk movement, were out in favour of stripped back, acoustic compositions. The change was startling and left many asking the question “Which was the real Devonte Hynes?” Test Icicles fans were left feeling somewhat duped, those of a more acoustic persuasion understandably viewed the newcomer with some scepticism.

In the same way that Conor Oberst made the transition from the fledgling emo-stylings of Commander Venus to his work as Bright Eyes, so Dev had seemingly 'grown up' overnight. With all the clunky lyrics and wanton soul bearing that that entails. And therein lies the rub.

A cynic might say that it feels like Country as a style, a fashion and – in London certainly – a movement has become a very easy way to represent oneself as a serious artist. Almost in the same way that rock bands weld string sections to their lumpen output in order to seem mature four or five albums down the line. What better way to form an identity and express universal themes than align yourself with an age old, easily recognisable style? One with established signifiers that listeners can bring to your music, rather than taking the time to craft your own presence? Someone without such an innocent heart as mine could see turning to the aforementioned Mike Mogis to produce your debut country opus could be a very calculated move to display authenticity. Moreso, corralling various members of the Saddle Creek alumni - including Bright Eyes, Tilly & The Wall, Cursive and The Faint – to bring your compositions to life.

Country music has long been the province of the outsider, the balladeer, the loner, the heartbreaker and the heartbroken. So it's not too much of a leap to imagine that a musician with as much pent up emotion and unrequited love (as well as a serious case of audiophilia) as Dev (just check his blog for proof of all of these things) would identify with the modern ennui and disaffection found in the music of Bright Eyes and his Omaha-based cousins.

Lightspeed Champion is not mere appropriation however. There's a peculiarly British streak running through the centre of all those string arrangements and horns. Not least in song titles like 'All My Friends Are Listening To Crunk'. Whereas Oberst frequently sings of drunken nights passed out of bathroom floors, Hynes spins things around with songs about lovers who drink too much, the often obtuse lyrical conceits of the former being replaced with frank sentiment such as:

“Hate to think what would happen if I started to drink like you,
maybe I will loosen up..well, pour me another gin.
Guzzle down, my neck will burn as we kiss
and I'm sick in your mouth.”

It's this adaptation of the familiar into something singularly English, despite its country garb, that sets these young musicians above accusations of genre hopping and makes them a fresh and much needed alternative to their slave to irony peers. It just goes to show that no matter what continent you're from, what year it might be, or how old you are, using country music as a means of finding ones voice in the middle of quickly evolving and confusing world will never go out of fashion.