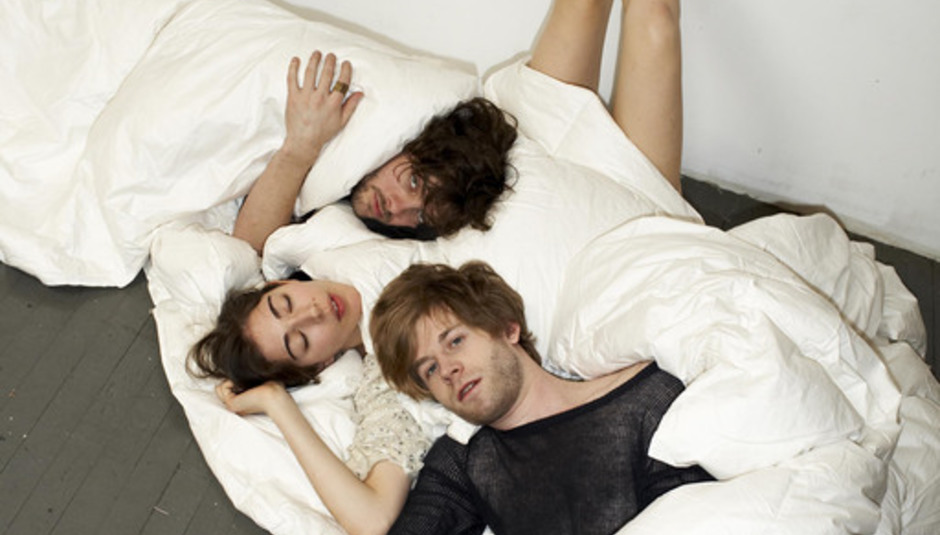 Though the ‘Silly Season’ is a term traditionally applied to news stories of the summer months in the proper presses, this week the seven inch single appears to be having one all of its own. For at least three of this week’s releases are seriously, worryingly foolish, and not all in a good way... There are, of course, many ways to insult your fellow man. You can claim a chap’s mother keeps a slatternly house. You might infer his sister is missing a certain aesthetic loveliness. Or even – lawks! - that he himself, is unlikely to stray from life’s Dunce Corner. The Phenomenal Handclap Band, however, have chosen to impugn the earning capacity of 15 to 20’s lyrical nemesis, and they are either saying that he/she does not earn as much as he/she claims, or that he/she is a cheapskate – all because they use public transport. And – oh, goodness me - what a lovely little insult this pop song is. For the line I have fixated upon - "All that money, still riding the bus" - is delivered with so much throwaway, ‘In Search of Manny’ perk and sass, I have been performing it non-stop ever since my first listen. In fact, the entire vocal performance is Lovefoxxx-cute enough to melt the cold, indifferent heart of the indie-est boy and may make you pretend (like me), that you do not hail from deepest greytown suburbia. And even though there is some serious funk noodling going on in the background of this record, it is not enough to put me off for one tiny moment. Listen at MySpace here.

Given the ubiquity of electropop and the odd state of affairs whereby even those who like it are deathly tired of the whole damn thing (or at least the bloody term, which seems nigh-on inescapable), it’s rather a worry that Tiga is starting to sound almost self-parodic. Granted, he was always rather a giddy thing, and obviously not one to take the ‘dance’ manual very serious. But here, despite some enormously polished and accomplished synth hookery, it begins to come across as genuinely, rather than delightfully silly. "What’s that sound?" he is saying, and we, readers, are intrigued. "What’s that sound?" he says again, as the chords build like a Flash Gordon soundtracked montage. Do you know it is, apparently, "the sound of my shoes" - and I am not sure whether to laugh with or snigger at. Essentially all good clean fun, but do spare a thought for a man who has re-entered the pop fray to a world in which you are not allowed a record deal unless you can bollock on convincingly about collecting vintage Korgs, and a musical vista where his pop and originality stocks have unfairly plummeted now the market’s flooded. But then, nobody said pop was fair.

I listened to Chairlift’s latest with great anticipation as they seemed to be about to rhyme-off like the new laureate, finding bon mots to share assonance with ‘Utensil’. Unfortunately all they can manage is ‘pencil’ and ‘stencil’ and so it is back to class with them. This is very quirky, something we have overdosed on this week. Listen at MySpace, here First, let me tell you that the fearfully young Poppy is a terrifically charming thing, for I was charged with interrogating her for a rival print publication a few months ago. And I was earwigging when Daddy Jezebel, their manager, was theorising about sleeves for sevens, and how they need to be ‘flickertastic’ to get the attention of we civilians as we browse in record shops. The thing is, the sleeve for ‘Rhubarb & Custard’ could quite graphically picture a melted turd and I should buy it still. For this is fresh and tangy as the crumble fruit it refers to, breezy as early Narner’s and traditional, girl-group indie of the most appealing sort. Also, I am feeling rather guilty for telling a pop ingénue of not yet eighteen that it could ‘end any day now’ – something she was rather gracious about. Anyhoo, this is not a guilt review and this is a brilliant single. While ‘Drowning Men’ starts out all Coldplay old Joannas, very soon it soars in an extremely compelling fashion, mixing in some deliciously urgent handclaps and drifting, swelling strings. Yes, it’s a bit Beirut and a bit Arcade Fire, but I can’t see why Fanfarlo should not be allowed to stake out their own little patch of the baroque pop allotment. And they have surely been listening to Anne Swithenbank, for their patch has lovely flowers and herbaceous borders and bees and everything. ‘Sand & Ice’ is the real, heart-in-mouth killer though, being filled with the sort of regret-fuelled melodic insistence that makes it a joy to drown in. And now, having typed the word ‘baroque’, it behoves me to make a quick diversion to tell you about the best – EVER – personal ad I ever saw. It was from a man what liked Classic FM, who titled his love advertorial ‘Baroque My World’.

And still, these rockroaches (oh, sorry) will not go away. This is horrid, although not quite as hypnotically awful as the ‘We Didn’t Start The Fire’, rap-abortion mesmerisathon that was ‘Get On Your Boots’. Is it magnificent? No.

Did you see what she did there? Ooooooo, it is rude. But it does make you wonder. For lest we had forgotten with our goldfish-spanned, Heat-addled brainiums, this is a woman who shaved all her hair off and was stretchered out of her LA palace while muttering prescription-strength incomprehensibles. So if anyone is entitled to use the work ‘fuck’ in her single title, it is this one. Rendering ‘If You Seek Amy’ strangely pointless.

If ever there was a candidate for not knowing either that which is ‘dirty’, and that which is ‘funk’, it is this pale, grey ghost of apparent youth, Mr. Steve Appleton. This is - by quite some way - the worst thing I have heard in a very long time, and was enough to send shivers cascading down my spine to actual dirty places. So-called ‘Steve’ has Bob fucking Marley in his top friends on MySpace, but DEAD BOB MARLEY IS NOT HIS FRIEND. Absolutely shocking.