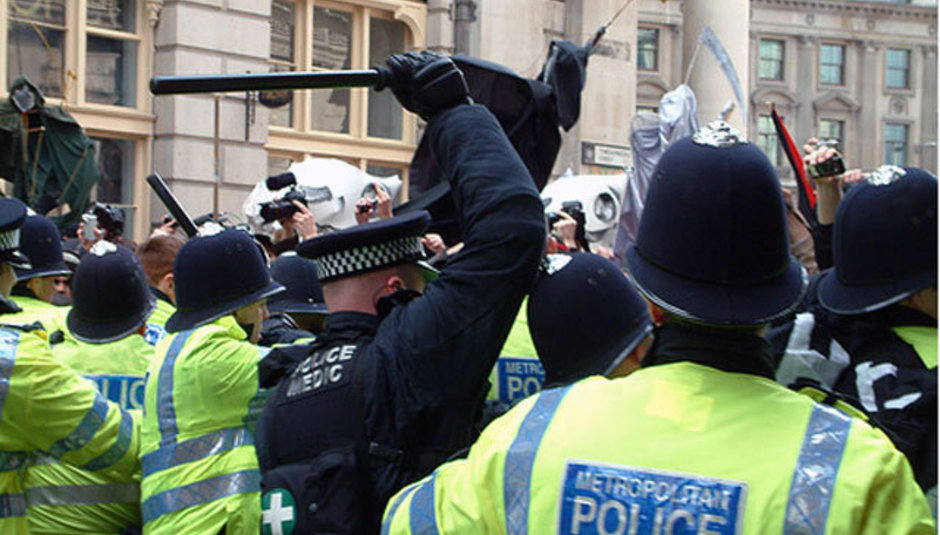 April showers. April showers. Musically speaking, this April has been a right shower of shi...ning examples of brilliantly constructed records. Actually, it has been quite good, managing to continue the trend of moderate optimism for a fourth month. Things will inevitably tail off later on leaving us all proclaiming "what a terrible year for music that was...was Primary Colours really the best album of 2009?! Seriously?!" at the end of the year. Anyway, enough of the misery already, here's what the musical gods offered us in April.

The Hold Steady - A Positive Rage Says Alexander Tudor: "Cutting to the chase, this is a damn-near perfect live-album – everything a great live-album is and should be, with quotable banter, most of the songs sped up and urgent, and some of them shagged out, but all the more gritty for it, too." [Read the review] | Listen to this on Spotify Says Dom Gourlay: "Overall, Spring Tides is the record Jeniferever have undoubtedly spent the past thirteen years of their existence building towards; an epochal moment that was well worth the wait, and can only whet the appetite in further anticipation of where their next journey of discovery will take them - in their own time, of course..." [Read the review]

Says Dan Wale: "There's still something that lingers, and it might be going against the grain to say so but Dark Days / Light Years is chock-full of spirit whilst also lacking some of the soul that was always a necessary ingredient in SFA’s compelling brew. Be it the closing trio of tracks on Radiator, Rings Around the World's ‘Run Christian Run’, or Lovekraft’s ‘Cabin Fever’, Super Furry Animals have always engaged on a level beyond that of unbridled pop music and aside from perhaps ‘Cardiff In The Sun’ there’s not much here that gets under the skin in that way. Then again, if it’s their lighter side that appeals, they’ve never made such a consistent pop album, and I use the term with not the slightest hint of cynicism." [Read the review] | Listen to this on Spotify

The Thermals - Now We Can See Says Adam Anonymous: "‘Liquid In, Liquid Out’ could, with muddy ears, slot into a set of Green Day’s volume-eschewing moments, before ‘How We Fade’ reprises the title track’s harmonies, Harris almost forlorn among “Woah-oh” interjections. It’s another highlight, directing attention toward The Thermals’ uncanny knack for conjuring downcast poptastic gems. Indeed, as their debut for Kills Rocks Stars, Now We Can See is an album fit to carry the torch in 2009 for one of the underground’s most fearlessly exciting labels." [Read the review] Says Fiona McKinlay: "Now, The Veils haven't reinvented themselves. But their sound seems to have grown like Alice in Wonderland when she eats the cake that makes her get bigger. And with Sun Gangs it’s as if they've finished the whole cake and the house burst, bricks and mortar exploding through the sky like fireworks." [Read the review] | Listen to this on Spotify

DiScover album of the month

Now, Dananananaykroyd aren't exactly new to most DiSers, and well... anyone who has read the website in the last couple of years. We've championed them and in Hey Everyone they did not disappoint. Says Rob Webb: "It's a one way ticket to musical fun times (try not to smile when you hear Baillie Jnr's "Hiya!" on 'Watch This!', or the shout-along intro to 'Some Dresses'. DiS dares you), an unpretentious, hard-rocking collection that doesn't let up until its contents has burrowed into the very fabric of your existence. You don't need to have seen the band live to appreciate what's on offer here, either, and that - as those who have will know - is probably the biggest compliment we could pay it." [Read the review] | Listen to this on Spotify

What are we looking forward to in May? Well, once we get our heads straight from the double week-BENDERS of ATP vs The Fans and ATP curated by The Breeders, we'll probably think of listening to Sunn0)))'s Monoliths & Dimensions, Graham Coxon's The Spinning Top , Conor Oberst's Outer South (We all really wish it was Outer Southend, though) perhaps even the Manic Street Preachers' new LP. Maybe.