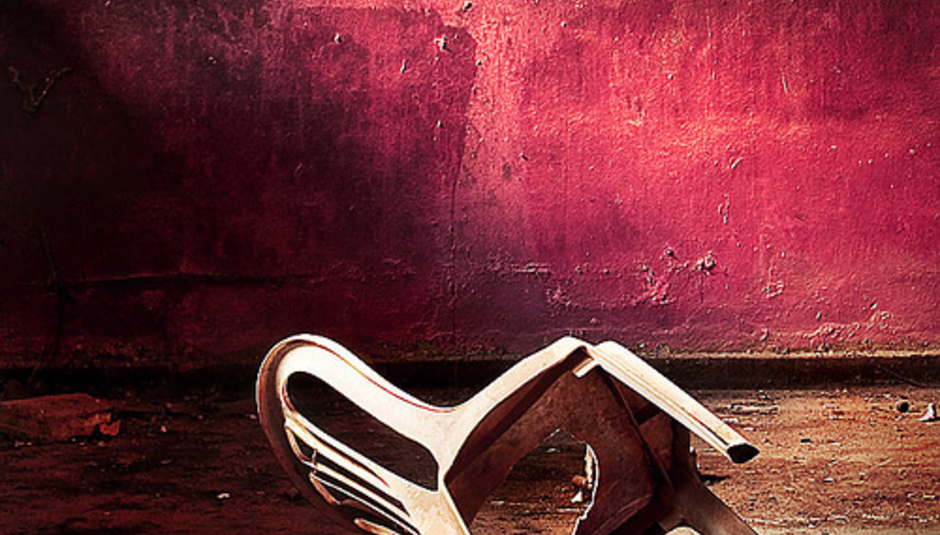 All the best new electronic music that's fit to put in your ears, exploding skateboarders, and why the best things in life are sometimes occasionally free.

Following a short three-week tantrum when I realised I wouldn't be at the Miami Winter Music Conference this year (it’s currently 27 degrees over there – not that I care or anything) I've regained my perspective, had my spirits lifted by the sheer tonnage of good electronic gear that’s around at the moment, and had my own WMC with nothing but a pair of headphones, a couple of buckets of sand, an outsized pastel shirt and some ill-advised shorts. Who needs travel?

Who, in fact, even needs money? One of the finest releases of the month, Neon Life by Slava (Moment Sound), is free. In fact everything this Chicago label puts out is released under a Creative Commons license, so as long as you don't nonce about saying "listen to this brilliant new spacey electrohouse album I just knocked up using Ableton, a bit of sellotape and some string" then you can download and circulate it as you see fit. Best - in a strong field on Neon Life - are the optimistically percolating synths of ‘Getting Warmer’ and the seething ebb and flow of 'Dark Dreams', which plays out like a journey into the darker end of kosmische and, as the drool presently coating my keyboard proves, is very easy to get lost in. So get it. This month's most speaker-damaging bass pressure emanates like marsh gas from Loefah's re-released mix of Search & Destroy's 'Candyfloss' (Hot Flush). Not content with geological subwoofer pulses rolling into place at the beginning of every bar, Loefah connects them with a wickedly fluctuating synthline that piles on still more intestine-bothering pressure. Even better than this, however, is the A-side's Untold remix of Toasty's 'The Knowledge', the fragile wisps of helium vocals and vocoded croons contrasting with the sleek metallic snap of techy beats. There’s little doubt that Hot Flush is one of the best labels in the UK right now, regardless of genre. If anyone doesn’t believe you just play them this at 11. It might kill them, but you’ll have proved an important point. Sticking with the low end theory a little longer, Kode9 returns this month with the thrilling sound of 'Black Sun' (Hyperdub). The track, which bears the marks of his recent move towards funky, is a woozy, pitch-bending trip: the crackling slap of its insistent snare sounds like a robot's handclaps, while the burbling bass and nearly discordant synth line – working more like a track-long stab than a conventional melody – give the whole thing the air of an inspired improvisation. It's fascinating to hear echoes of Juan Atkins and 4Hero filtering through something that sounds so fresh, and it's to be hoped Kode9 keeps on exploring in this direction. Stick it on repeat and listen to it all day long: you'll still be finding something new by sundown.

Shifting gear completely, 'Taliban Discotheque' (Disco Devil) might not lead one to believe that Tora Bora is the new Twilo, but it does prove that Ghent-based collective Rubber Room are maintaining the toweringly high standards set by their 2008 'Dark Desire' release on re-edit specialist label Mindless Boogie. Expect to hear a lot more from them. Dublin's Sian delivers a compelling deep techno cut with 'Red Cloud' (Aus Music), its coolly rolling rhythm track augmented by an off-kilter synth line that introduces a tension that builds throughout this lush production. Welsh minimalist Tom Demac provides some killer mid-set house gear on his new Prima Donna EP for German label murmur, while Amir (aka Rimah Khalouf) appears to have disappeared into a very rewarding techno cave on the A-side of his new Communicate EP for Trapez. 'Epopoe' is a bumping subterranean groover, its wet, clicking beats scattered around a trippily modulated Spanish vocal sample. Remarkably given its length (11 minutes), the track might inspire that sinking feeling - 'another 10+ minute German record...?' - but doesn't outstay its welcome. DJ Koze compiles some of his best remixes to date on Reincarnations (Get Physical), while Tectonic's 'Tectonic Plates 2' series delivers a very appealing double-Dutch package with Rotterdam’s Martyn and The Hague's 2562 both providing excellent work. Martyn's 'Yet' joins the rest of his output astride dubstep's border with techno, while 2562 (it's his zip code, in case you were wondering) patrols the same area with the spindly two-step and Dan 'Losing Control' Bell-sampling manoeuvres of ‘Kontrol’. Check them both out here.

On a more abstract tip, Various Production's Trycycle EP (Various Production) kicks off with the angular MC flow of V.E.X. riding atop a stop-start 8-bit rhythm and closes with the title-track's stuttering euphoric flange-fest, but best of all is the dismissively entitled 'B Side', a lolloping melange of buggered Atari noises and f/x-layered vocal snippets. Unique and addictive, you don’t want to miss this.

you missRadio Slave's label _Rekids rounding up its last 18 months' output on the bargain-priced 3CD collection Rekids Revolution. Picks of the bunch from the originals disc are the airy techno of Kenny Hawkes & David Parr's 'Gemini', Luke Solomon's beautiful 'Martin, a Cello & Me' – probably as close as you can get to sunny afternoon techno – and the muffled retro piano break of 'Brooklyn Club Jam' by Runaway. On the remix front Marcel Dettmann stands out from the crowd by putting a hood over the head of Mr G's 'U Askin?' and driving it to the techno equivalent of a disused quarry. And if that isn’t enough the third disc features a mix by Spencer Parker to boot.

Finally, take a load off and watch sk8er boys and explosions in the new video from UNKLE, which sees the intro from Ty Evans and Spike Jonze’s movie Fully Flared re-edited to go bang in time with ‘Heaven’ (M83’s 'Lower Your Eyelids to Die With the Sun' is the track in the original movie, in case you were burning to know).

Speaking of sun, I’m off for more sand and another margarita. Bienvenido a Miami.