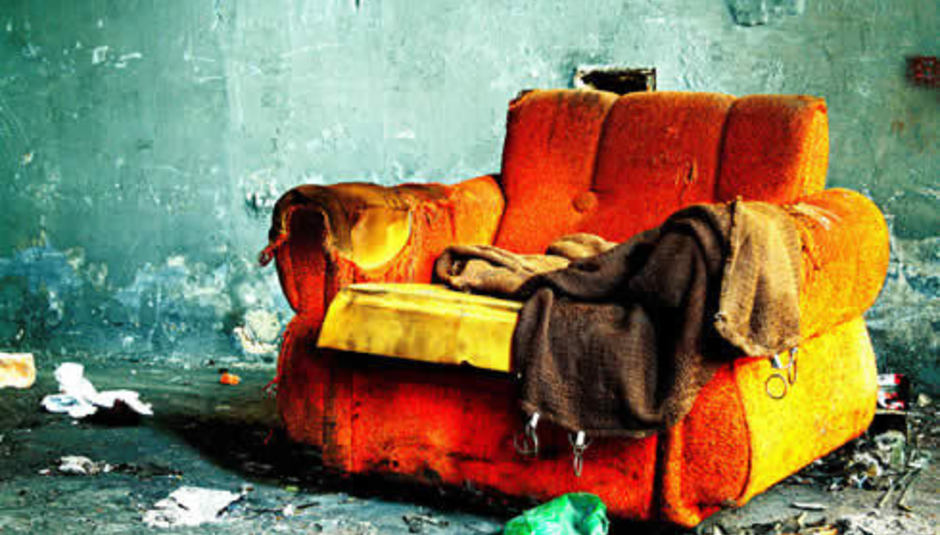 All the latest electronic music that's worth hunting down, plus why it's time for fresh air and acid techno.

Now that the days are getting a wee bit longer it's natural that thoughts should turn to such age-old pursuits as setting up an illegal soundsystem in a forest and communing with nature via the traditional route of 100bpm acid techno. Arriving just in time to buttress that fine ambition is the 303-fest of Lazers 'n' Shit, the debut album from Syntheme on Planet Mu. It's a simple enough concept to grasp: 20 brief, brilliant acid tracks all in a row. Euphoric opener 'Mimtro' is from the same neck of the rave in the woods as Orbital's 'Halcyon', 'Red' (which first appeared on Syntheme’s Vol.1 EP in the summer of '07) waves a carroted fag and bottle of water in the direction of Chic's 'I Want Your Love', and '144a Acacia Overdrive' is acidic lounge music for the knackered and locked of jaw. You can check out a byte-sized tasting menu of the whole thing here.

If you've been anywhere near a dubstep forum in the past couple of months you'll have encountered people willing to cut off their own heads to get hold of the 2000F and JKamata/Joker double-header on Hyperdub. The one-finger melody of Joker's 'Digidesign' edges close to Sakamoto's 'Merry Christmas Mr. Lawrence' and could be considered kitsch, but if that isn't your cup of cherry blossom tea you can pretty much ignore it thanks to a crunchingly dominant synthline that sounds like it's ripping a hole in the space/time continuum. Danish duo 2000F and JKamata's outrageously funky 'You Don’t Know What Love Is', on the other hand, is where dubstep gets itself a vocoder, some lovelorn lyrics and a G-funk attitude before bathing itself in lasers and meeting Funkadelic uptown. That’s uptown Copenhagen, of course.

After that lot the armchair is definitely calling, and there's no disc that's been better for sitting down to this month than Kompakt's latest edition in their ongoing series, Pop Ambient 2009. On hearing the glorious layered trumpets and radiant strings of Klimek's 'True Enemies and False Friends (Yesterday’s Suite)', it's tempting to think that the compilation's already peaked. But the funereal beauty of 'Hindemith' by Mint (aka Wolfgang Voigt/Gas), the towering cumulonimbus textures of Tim Hecker's 'Shosts in Silver' and the confused network of treated guitars on The Fun Years' 'I Am Speaking Through Barbara' prove that's not the case.

Due to a gout of quality releases and a shortness of space, briefer mentions than they deserve go to, for starters, new London Hotflush Two signing Sigha, whose 'Bruised' EP reaches its peak on the flip, the beautifully spare 2-step of 'Expansions' evoking empty early-morning streets. Will Saul and Mike Monday's tech-houser 'Zippo' (Buzzin’ Fly) stands out thanks to a gorgeous rippling chord that plays around a heavily phased Philly-soul string sample. Newcomers King of Town provide the best remix – an uplifting slo-motion disco affair that recalls last year's Betty Botox re-edit of Love of Life Orchestra's 'Beginning of the Heartbreak' – of They Came From The Stars I Saw Them's 'Moon Song' (Thisisnotanexit). Jittery techno bomb 'Evil Laff' (Wagon Repair) by Parisian producer Paul Ritch doesn’t do anything unexpected, but does exactly what is expected far better than you expected it to (and includes a dark, dynamic mix on the flip from label stalwart Konrad Black). Finally, the chiming melody that shimmers out at you a few minutes into 'Bear Witness' (Hot Flush) lets you know that yet again Pangaea, the Leeds-based producer and Hessle Audio main man has delivered the goods both here and on b-side 'Mosaix', which marries double bass, an urgent vocal fragment and a slicing reversed cymbal to floor-filling effect. A friend said "Pangaea sounds like the records Thom Yorke would make if the rest of Radiohead all died," and I’m not at all inclined to disagree.

Before I go, I want to put my hand in the air (but not in a ravey way) and admit that there were a couple of records that were overlooked when I put together Armchair Dancefloor 001. Never ashamed of saying I screwed up, I'd like to say I screwed up. Phobia and Jubei's 'Guillotine' (Coded) is a killer piece of darkcore drum & bass, its funky drum fills breaking up the otherwise hostile terrain of snapping percussion and metallic groans. The real star, however, is the Breakage remix, which strips the track to its bones and pulls it into a dubstep twilight zone. And finally, we return to the armchair wrapped in the prodigious arms of Carsten Nocolai, who under his Alva Noto moniker has delivered an enveloping set of electronica with volume two of his proposed five-part Xerrox series (Raster-Noton). From the magisterial glacier of'Xerrox Phaser Acat 1' and the Harold Budd-indebted sonorousness of 'Xerrox Soma' to the whipping hailstorm of 'Xerrox Meta Phaser', this isn’t all that adventurous by Alva Noto's standards, but contains extended passages of incredible beauty.

Now, away to the woods with you! Soundsystems are go.