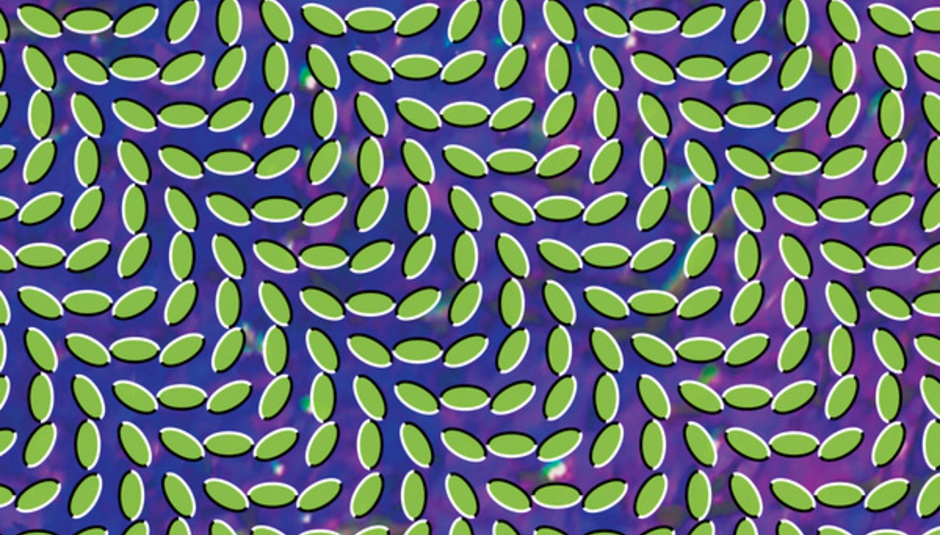 The first point to make about the new Animal Collective record, Merriweather Post Pavilion, is that - like all their other LPs - it's certainly not an album to make up your mind about solely on the strength of one play. That's all DiS got last Thursday (time constraints on our part, nothing to do with their ever-hospitable label), but it certainly whetted our appetite for more.

The immediate and lasting impression is that, sonically, it's an amalgam of Panda Bear's Person Pitch and the band's last offering, Strawberry Jam - with added bass. The low-end positively pounds on this record. It might also be their most rounded, coherent listen to date; with most of its eleven tracks flowing one into another with hardly a pause to be heard, it's more a relentless musical journey than a collection of singular tracks - much like the band's psychedelic, skull-fucking live shows.

Interestingly, only three of AC's members appear on this record - Deakin (guitar/vocals) is absent - and most of the tracks rely heavily on the vocal interplay between Avey Tare and Panda Bear as a result. Thankfully, particularly on the likes of 'My Girls' and 'Lion In A Coma', those harmonies sound nothing less than blissful. The former track, a Panda Bear composition about his wife and daughters, stakes an early claim to be the album's standout, but we've a feeling 'Summertime Clothes' and 'Taste' might end up running it close.

If you've heard weird tropical tub-thumper 'Brother Sport' already, don't be surprised to learn it's something of a curveball in terms of the rest of Merriweather Post Pavilion. The album's closing number and its opener 'In The Flowers' are the ones that truly bang in your face with a clubby/dubby/even trance-y sort of vibe; what comes in between is, for the most part, the slightly lower tempo off-kilter ecstasy we've come to expect from Baltimore's finest.

That means, of course, layers of looped weirdness, handclaps, clicks and ticks and a melodic approach that eschews conventional choruses in favour of repeated lyrical mantras: "I want to walk around with you" ('Summertime Clothes') and, similarly, "When I want to" on 'Guys Eyes'. Other moments of immediate note include 'Bluish', which comes in on a glorious Beach Boys trip - if they'd played with 8-bit consoles, that is - and 'No More Runnin', the penultimate, anaesthetised haze which slows things down to a crawl before 'Brother Sport' rips up the rulebook.

It's an Animal Collective, record, then - it certainly couldn't be anyone else. Even based on a cursory listen, if you're a fan of their previous work, particularly Person Pitch or more recent AC albums, you're in for a spectacular aural treat come the second Monday of the New Year.