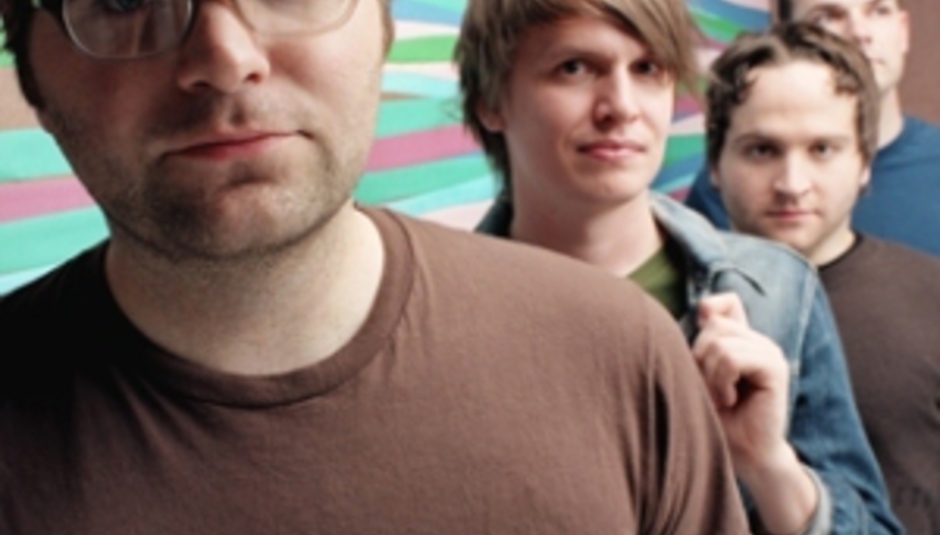 Many steps to climb: Death Cab For Cutie on new LP

Many steps to climb: Death Cab For Cutie on new LP

Some bands do it in one or two records; climbing from obscurity to the top of the tree in a matter of months and years; a much smaller few find their route to the higher echelons of musical fame over a longer period of time. Tours follow albums follow tours, follow tours, follow albums and, suddenly, one day you’re kind of accidentally huge. In part, this is the story of Death Cab for Cutie. Only in part though, because you sense that theirs has always been a drive to go as far as they can, to reach as many people as possible.

With their forthcoming sixth album, Narrow Stairs (released May 12), the band look set to conquer new territories and raise themselves even further than they did with release of Plans – their first record on a major label and fifth in total. What’s even more heartening is that Narrow Stairs could be the best album of their career.

A few early-doors articles, namely one from the US MTV website have implied that this record is ‘out there’ – hard work, dissonant, and generally lacking the virtues of radio-friendliness or even melody. The notion being painted is that this is their In Utero, to the previous LP’s Nevermind. But, essentially, that’s nonsense: Narrow Stairs is a big-sounding record, dense in places but never ever difficult, hard work or uneasy to digest. It is instead exploratory and exciting. It’s also essentially the vast-sounding, big rock show Death Cab fans have been seeing over the past few years caught on record.

Sitting down with Ben Gibbard and Nick Harmer last week, the duo agreed as such. “We did some recording sessions over the course of Plans that were us sitting together, playing some guitars and playing together,” explains Gibbard. “We went into this record saying, ‘This is how we’re going to do it’. But I think that’s also really in relation to the songs that I wrote this time, and the way that we decided to present them. A lot of the songs on Plans, there’s not a lot of guitars on that record – this record’s very guitar heavy.”

Gibbard also quickly dismisses the notion that it’s in any way an ‘anti’ record: “I think the record shows we know what we’re good at, willing to try some new things but not at the expense of throwing the middle finger up at the record company. This is not the kiss-off record.”

But it does push Death Cab’s boundaries: throughout, the vocals and lighter melodies are pushed up in order to maintain a balance with the heavier, less sonorous aspects of the recording. It succeeds, too. Partly this is due to the clarity of the production and precision of the mix – seemingly thumbs up towards the continued experience of record production that comes with the hands of guitarist Chris Walla. More so, however, Narrow Stairs sounds like a band at the peak of their powers; a relief to those who feared that may have occurred during the magnificent highs of Transatlanticism and those who perceived Plans as a step down from the power-pop themes of said previous album.

Narrow Stairs certainly doesn’t follow directly on from the musical themes of Plans; it’s a much more driven affair, at times shrouded in distortion and, thematically, drenched in bile. It finds Gibbard raging at or against age, relationships and self complacency. Opener ‘Bixby Canyon Bridge’ sums things up perfectly, all trailing guitars, pounding drums and distorted vocals as Gibbard exhorts his protagonist to return to “the place where your soul had died”. At its heart is lots of melody, sweetness recognisable to previous records, but now displaced to a darker, angrier place. You might have thought that ‘No Sunlight’ could have been the lead-off single, with its bright, driving bass and melodious stomping chorus. Still though, it contains a heart of dark; it’s probably the cheeriest way possible to sing ‘No Sunlight’ over and over again. ‘Cath…’ is another fine track, heavy drums and scathing guitars mixed down – but oddly not harsh or abrasive. The overwhelming feeling is one of simple urgency. Part of the way through there’s a beautiful drop down that sounds like scattered snow. It’s a towering track.

Nick argues that it’s all the result of the band’s long touring schedule. “We spend 90 per cent of our time as a band playing on stage together and that’s what I think we’re really good at,” he reasons. “We really wanted to emphasise that in the recording, which we’ve never really done before.” When questioned on the use of the eight-minute ‘I Will Possess Your Heart’ (hear it on MySpace) as a single, he replies: “I think there are far more things on this record that will surprise people who have been fans of the band for the last couple of records. It’s still a Death Cab record, it’s still songs – we didn’t make a Wolf Eyes record – but I think there’re enough there to challenge people who are new to the band – who, by the vast numbers [who bought the record] certainly only have Plans.”

When pressed on the recording of Narrow Stairs and the differences between that and Plans, Gibbard explains that it was largely due to the writing process: “I wrote the majority of songs on guitars with riffs – not AC/DC riffs, but guitar lines and parts and things that all fit together and that stuff works better when we play together rather than writing a song that has 15 different mandolin samples which you have to do before you can record the song.” Nick adds: “It was more a reaction to us recording Plans but then falling in love with records we listened to over the last few years – plus all of us like White Stripes records, the way that Jack records." “And the last Wilco record,” adds Ben.

You can hear this newly-embraced attitude on tracks like ‘Grapevine Fires’, which is full of warm harmonies and stately, chiming guitars, or the Brian Wilson-esque ‘Can You Do Better Than Me’, which throws in shimmering bells, marching drums and what sounds like a Wurlitzer. It sounds much looser, less regimented. There are of course, classic nods to the Death Cab canon: ‘Long Division’ throws up tumbling choruses backed by fuzzed guitars played at a cracking pace, until it’s all driven forwards, guitars pushed to breaking point, over and over again. It’s truly one of the most vital songs you’ve ever heard them perform and it is the measure of a kick-ass band.

“I wouldn’t go far as to say it was ‘return to form’,” muses Ben, “but one of my favourite records of the last years is the last Yo La Tengo record, and a friend of mine says, ‘You know what it is, it sounds like a Yo La Tengo greatest hits record’. Everything you like about Yo La Tengo in their career, and all the phases they’ve had, is present in some fashion and it feels fresh and exciting and like a new album. My hope is that people will have the same reaction listening to Narrow Stairs as I did to the last Yo La Tengo record. I would like to think across Narrow Stairs people will recognise from other records that we’ve made that’s not rehashing what we’ve done, but putting all the pieces together.”

Gibbard sums it up eloquently: if the band’s work to date equals pieces of a grander jigsaw, then they might have just completed the glorious puzzle.

Check back in a few weeks for a full interview with Death Cab. Meantime: MySpace here, and the band play London’s Electric Ballroom on May 6.