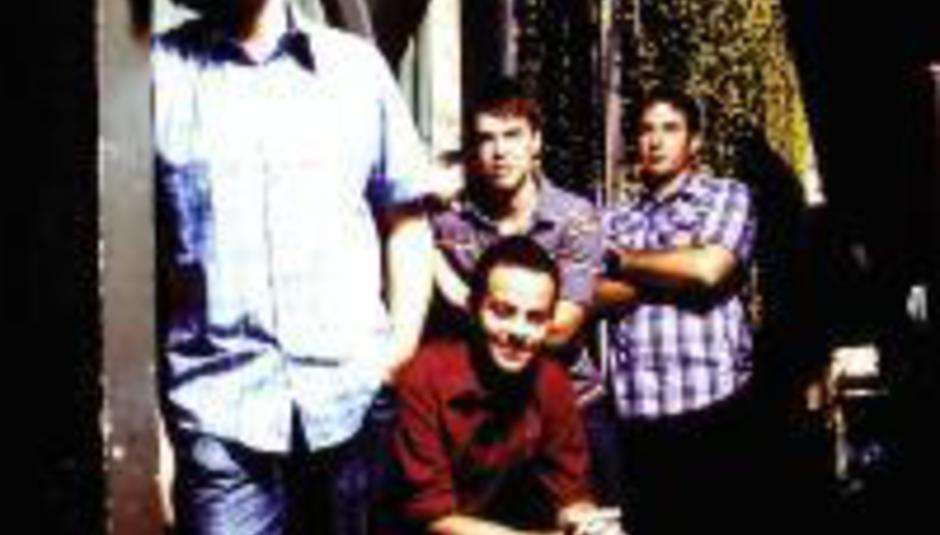 On the back of their umpteenth studio record, the forefathers of modern pop-rock in the US (we dare not call it emo) discuss interchangeable album songs, not keeping up with the Joneses and, naturally, Radiohead's brave new dawn. Yes, we had to ask.

The band’s new album – their sixth – Chase This Light is out now on Interscope. It’s co-produced, alongside the band, by renowned levels-adjuster Butch Vig.

DiS caught up with JEW’s Zach Lind (the quartet is completed by Tom Linton, Rick Burch and Jim Adkins) for some Q&A shenanigans.

The initial response from the new record seems to be very positive. Have you had enough time away from the record now to make your own judgement?
I think so. I try not to listen to it too much. In the end it’s difficult to step back and judge it like an outside observer would. It’s hard to separate the music from the experience of actually making the album. It all kind of gets rolled into one for me, I suppose. I hope that makes sense.

You worked with Butch Vig and co-produced this record; obviously, he's made some iconic American rock records like Siamese Dreams and Nevermind – was that an indication of your mindset? Or was it just a case of liking his sound?
Our working with Butch has less to do with sound and more to do with having someone with experience who we could trust in helping us make the album that we wanted to make. Our mindset wasn’t necessarily to set out and make an ‘iconic’ album; we produced this album on our own, it was our first time producing our own record and we had Butch along side us as a safety net. He was able to give us a great perspective of someone who had one foot in and one foot out of the process.

Over the course of the last few records (Bleed American onwards), it seems like you've been deliberately broadening your sound – away from something more genre-specific that you started with. Is this a fair observation? If so, why?
I don’t necessarily agree. I think many songs on our albums are somewhat interchangeable. ‘Blister’ could have been on Bleed American. ‘Cautioners’ could have been on Clarity. ‘Gotta Be Somebody’s Blues’ could have been on Futures. ‘On a Sunday’ could have been on Chase This Light… et cetera. I don’t think we’ve ever really made an overly specific kind of record; the songs, for me, always seem pretty varied. I suppose it’s subjective but that’s always been my perspective.

From a status and standing position, what are you hoping to achieve with his album? Are you comfortable with the big shows you now play?
We’ve already achieved what we’d hoped we would in that we are happy with the album itself. Beyond being satisfied with the music, there’s very little in our control. We hope that we’ve learned to simply worry about what we can control, and that’s the music and the live show. As far as the size of our shows goes, it doesn’t seem that much bigger across the board. We just played an 800-capacity theatre in our home state of Arizona. We’ve had some opportunities to open up for some bigger bands in much bigger venues, but apart from that, we’ve kept it pretty intimate. Obviously compared to the shows we were playing during Static Prevails and Clarity, the shows are considerably bigger. But since 2001, we’ve been playing roughly the same size venues we’re playing now.

Are you going to be touring this release heavily again? Or does that become less appealing over the years? Not that we're saying you're old. You're all good-looking young men.
We fully intend to tour as extensively as possible. We are getting a bit older but the experience of going on tour and playing shows is certainly not getting old.

You seem to be the sort of band that thrives on an outsider status; does that change with your own success, and also the co-option of the sort of music you guys play into the mainstream?
I think that, to a certain extent, we’ve tried to march to the beat of our own drummer, but it’s hard for us to know for sure what the perception is from the outside. We typically try not to ‘keep up with the Joneses’, and I think we try to make sure that whatever it is we’re doing should be original, honest, and un-strategised. Like I said, whether or not that is the perception of us is difficult for us to know.

You've worked with a number of record labels big and small (Capitol, Fueled by Ramen, Dreamworks) with mixed results – do you now feel more secure in your own status as a band? Are you less beholden to record company politics?
Our earlier experience with Capitol taught us a lot, the main lesson being that the less we have to rely on a label, the better. Even today, I think having a label is a great thing. They help us get our music out there, they allow for us to make the kinds of records we want to make, but there is always a downside to band/label partnership and we try to operate as band in a way that is as self sufficient as possible. If our label disintegrated today, we could still make music; we could continue what it is that we do. Would it be more difficult, time consuming and costly? Yes, but we’d still be able to carry on with our desire to make music.

Do you see yourselves as father figures to other bands? Or a positive example on how to survive the travails and pitfalls of a career in music?
Not at all. I think we’ve made enough mistakes in the last 15 years that we’d gladly share with any bands that are interested in listening, but I don’t think we view ourselves as in that role.

We're obliged to ask you your thoughts on the new Radiohead release. Firstly, what are your thoughts on releasing music they way they've done it? Secondly, would you consider doing it yourselves? And lastly (and least importantly), what do you think of In Rainbows, if you've heard it?
First, I haven’t heard the album. I’ve heard it’s great and I’m sure I’ll check it out. I think that this is a perfect way for Radiohead to release their music. It’s certainly a fantastic idea for larger bands with loyal fanbases, and I wouldn’t be surprised if others followed their lead. As far as we’re concerned, I do think it would work to a certain extent but not nearly as well as it would work for bigger acts, i.e. Dave Matthews band and Nine Inch Nails, etc.

As a largely UK and Europe-based site, are there any bands or artists from North America that you would recommend to us that we mightn't have heard yet?
I would recommend Rogue Wave, Maritime, Band of Horses, and Pinback.

Finally, how do you want Jimmy Eat World to be remembered?
I think it would be great to be remembered as a band that made good records and treated their fans with respect. Whether or not we are both those things, we’re not sure, but that would be the way to be, right?

Jimmy Eat World’s Chase This Light album is out now, as is the 'Big Casino' single. Their MySpace site can be found here. Upcoming tour dates as follows: