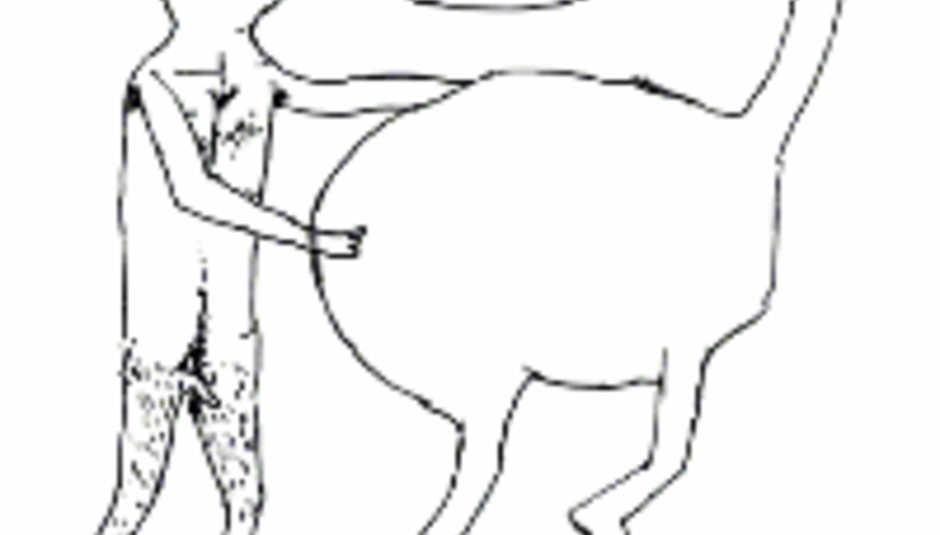 Diseased minds increasingly are drawn to the work of David Shrigley. Whether morality checks (“the disabled lad wants you to buy him a wheelchair with the money that you won at the horse race”) or simply sculptures of decaying molars, his artwork picks up on human failings with a softly demented approach, love and death embroiled with panic attacks in the supermarket and running from seagulls.

Shrigley’s renown has predominantly come from the scrawled illustrations that have long adorned magazine page corners, but the Glasgow-based artist has increasingly crept in from the sidelines towards the music industry, recently designing twelve alternative covers for Deerhoof’s Friend Opportunity (review) and directing videos for Bonnie ‘Prince’ Billie. In 2005, Shrigley released a record entitled Worried Noodles. The sign of a man trying to breach the walls of pop? Not quite. It had one flaw – there was no record, simply an empty sleeve with a 48-page inlay of lyrics and drawings. Shrigley’s explanation? “I didn’t make a record. I couldn’t be bothered to make a record. It would have been too difficult. It was easier not to make a record.”

Pan forward to late 2007 and Worried Noodles now resembles a 39-pronged behemoth featuring one of the finest line-ups of alternative acts going. How did this happen? Shrigley begins: “If you’re sitting comfortably, I’ll tell you the story...”

“I met (the people from) Tomlab at a show in Köln a few years ago, and they asked if I wanted to do a t-shirt for their label. I did that, and then they asked me if I would do a record cover for one of their bands. I never got round to that until this year when I did a cover for Deerhoof. Either way, prior to that I think they had got a bit impatient for me to do this cover, so they suggested that we make this publication that was just going to be a record cover without a record in it and they imagined that it would be some kind of conceptual conceit to have an empty dust sleeve in it. I started doing it and it didn’t seem quite seem enough, so I ended up writing a song book to go in it. For the most part these didn’t have any musical structure and instead, I guess, it was a bit like concrete poetry and the formal aspect of the text and the way it was presented on the page. So it was an imaginary record in a way. Then, I suppose inevitably, the record label suggested we did a proper recording of it and invite bands to record songs based on these lyrics.”

Was this ever meant to be the case?

“Not really. I certainly didn’t have that in mind when I wrote the lyrics and had imagined it would just be a book. It seemed a nice idea, though, and initially we thought we could produce just a single vinyl without a cover and it could be like a companion piece for the original. But everyone got a bit carried away and we ended up using 39 artists.”

Released on German label Tomlab (many of whose roster appear on the compilation), Worried Noodles now takes on a different guise as a traditional record with music as TV On The Radio gabble away to a sweet potato, Les Georges Leningrad reason with a pimp and David Byrne sweetly croons his offering, each act interpreting the accompanying songbook’s content from the original incarnation of the 'record' into their own warped masterpieces. Shrigley’s initial concept is knocked to its knees amid the hustle-bustle of acts clambering to grasp onto a piece of the artist to chew on. Most of these appropriately choose to regurgitate their mouthful of his work by peppering such nonsense with appropriately darting hooks and curtailing riffs. Others, however, took more unusual paths.

“I don’t really have any favourites. I have to say I like them all because I do feel some kind of ownership over them all in that I wrote the lyrics for them all, but I think the most surprising one was the Grizzly Bear track, where there was probably the biggest polarity between the lyrical starting point and the end result. I wouldn’t have imagined that one could write that kind of song based on that set of lyrics. The great aspect was receiving an mp3 every week or so over several months and just kept appearing in my inbox. It was quite upsetting when it was over.”

As the record cuts from industrial techno to orchestral melancholy, bent and misshapen, Shrigley’s absurdist character is embedded within the record. This seems to have caused the artist some discomfort. “Because they’re my lyrics it was like someone pretending to be me almost, which is an uncomfortable thing.” So, do you think the acts have encapsulated you, the centrepiece? “Not sure really. I suppose my ego points at the fact I am the starting point but in terms of the actual music the lyrics are only a small part of it and I suppose that is the theme of the record, the unifying raison d’être for the compilation."

The release of the record was celebrated with a show promoted by Upset! The Rhythm at London’s Scala on October 14, with Hot Chip, Simon Bookish, Max Tundra and a host of other acts performing. Shying away from the limelight, prior to the performance, Shrigley suggested he wasn’t too keen to get to involved with the festivities.

“I’m hoping that I don’t have to do anything formal on stage.” No appearances in a cape? “Nor a top hat. No wands. I did some drawings that will be projected on the screens to introduce all the acts, so that’s my participation. I don’t think I’ll be up on the stage to sing songs, but I’ll cross that bridge when I come to it.”

Each act comes and goes and, as Psapp pelt the audience with signed toy cats and the evening makes away with £1,000 for Amnesty, is quite some success that underlines Shrigley’s current appeal.

With the attention that has been lavished upon his work recently, though, is there a danger of overexposure?

“Err… Yes, probably. I don’t know what I’m supposed to do about that though. I suppose to say no to some things, but I don’t know. My criteria is that as long as what I am doing is good then it’s fine to do it. As long as I’m having a good time and I feel what I am doing is interesting and not shite then that’s good and I’m going to continue. I supposed there is a fashion aspect to what I am doing, and perhaps I will go out of fashion at some point. But, again, there’s not a lot I can really do about that so I might as well just… Oh wait, an ambulance is going past.”

Conversation drifts onto talk of his new book, Ants Have Sex In Your Beer. Nonplussed with an American publisher's attempts to alter the title to warn that Ants ARE Having Sex In Your Beer, Shrigley dug his heels in. “I never worry too much with how I fit in. The good things about exhibitions rather than doing a book or anything that is published is you can do whatever you want as a fine artist in a museum. You can do whatever you want and not be denied the opportunity to do things in the exhibition context.”

And so, exposed to all, whether boxed away in a corner beside an article on must-have hair gels or top ten genocidal atrocities or the deranged musings of a man held aloft and showcased in the comfort of an exhibition space, David Shrigley remains a beguiling prospect.

Worried Noodles is out now on Tomlab. Further links below.