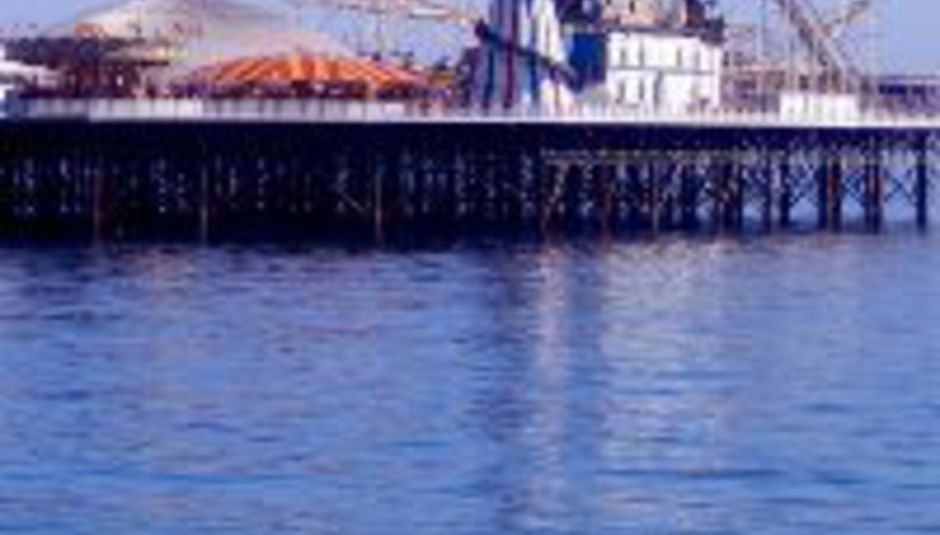 This weekend, those of you who aren’t heading down to ATP may well be considering or already planning a trip to another part of the coast: Brighton’s The Great Escape is in its second year and has expanded to encompass more new bands then there might actually be left in the world. DiS’s Gareth Dobson braves the ‘who?’s and the ‘why?’s to select five acts that you might not have checked out yet... but probably should.

For more information on The Great Escape, click to its official website here; for details of the line-ups on DiS’s stage, at the Zap Club, and to download our special podcast preview, click here.

Bonde do Role
Post-CSS, it seems only right – or ripe? – for more Brazilian flair to hit these shores. BDR are a trio from the city of Curitiba now signed to Domino in the UK. The vibe is once again ‘party’, as the three-piece blend rock samples with traditional Brazilian Baile rhythms. Already tipped as a band to watch this year, they’ve been added to the Club NME line-up on the same night as their showcase gig.
See them at: Pressure Point, 19 May
Hear them at: MySpace

Redlight Company
One of the newest or, at least, most unheralded of the bands playing this year’s TGE, Redlight Company exude enough promise to suggest that they’ll have a rather fine 18 months or so. The between anthemic rock in the vein of early U2, Disintegration-era Cure (but not as grindingly austere) and more driving, US-styled indie. They look pretty good, too. Definitely a band to check out and tick your ‘already seen them, hah!’ boxes. You indie snobs.
See them at: Engine Room, 18 May
Hear them at: MySpace

The Besnard Lakes
No DrownedinSound preview would be complete without the highlighting of one ubiquitously ace Canadian band or other, and this year’s shindig offers The Besnard Lakes. Big slabs of slo-mo, progressive, psychedelic guitar rock combine with echoing chamber sounds and crashing percussion. After their seaside shows, the band head out on an inaugural UK tour, supported by Land of Talk. The octet’s new record features guest appearances by the likes of The Dears, Stars and Godspeed!... so that should give you a fair idea of what to expect.
See them at: King And Queen, 17 May
Hear them at: MySpace

Jakobinarina
Six Icelanders making filthy Cramps-esque garage-rock blended with electro-indie throbbing. Kind of like The Horrors infused with ELO but less morally impure and with a wry smile instead of a shitty velvet smoking jacket and Victorian frilly shirt. Propulsive and sonically damning, they’re a joyous live proposition and an antidote to both the po-faced and those who promote urban mediocrity.
See them at: Audio (downstairs), 18 May
Hear them at: MySpace

The Early Years
The Early Years are fantastic. Fine purveyors of psychedelic, circling drone-rock a la Spacemen 3 with a sweet underbelly, they might suffer in trendy circles for being out of tune with the current vogue for day-glo or electro riots, but that makes them all the more precious. Their debut album, released last September, won as many hearts as minds. Their recently-released ‘The Great Awakening’ EP continues to plough and similar furrow, but with added melodic nuance.
See them at: Pressure Point, 18 May
Hear them at: MySpace

Look out for review content on The Great Escape next week…