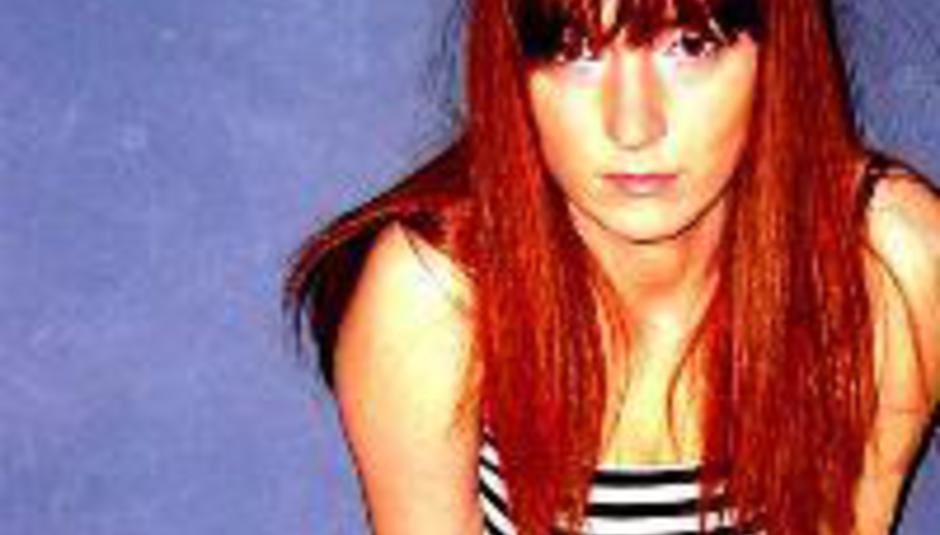 For many a year now, the streets of Manchester have been littered with the musical equivalent of silver and gold, and with the current crop of DIY artists, labels and club nights sprouting in and around the city, this present moment in time is no exception.

One such name that has become more prominent on the local scene is that of LoneLady (or Julie Campbell, as her parents would no doubt refer to her). Guitar in one hand, songbook in the other and a tried-and-tested drum machine in tow, she didn't actually start playing live until the summer of 2005. Since then - and with a couple of critically acclaimed, home-produced singles in her wake - the buzz of anticipation surrounding her every move is growing like bees round a honeycomb.

DiS spoke to the LoneLady about her hometown, what inspires and infuriates her in equal measures, and money - or should that be the lack of it? - amongst other things.

I suppose I'd better start by asking about LoneLady. Why did you choose that name instead of going with the one you were christened with?
Whenever you see a name it gives the impression of a serious, po-faced singer/songwriter, and I didn't want to be prejudged in that way. I think calling myself LoneLady rather than Julie Campbell adds a touch of mystery, an air of flamboyance, even.

So why specifically ‘LoneLady’?
It's meant to be a joke about the Lone Ranger. He's the man behind the mask and I'm the lady - not that I've taken to wearing masks yet, but it gets people talking. Keeps them guessing!

Is this your first venture into music or have you been in bands previously?
I was in a band while I was at university doing my art degree, and we played quite a few live shows during that time. That was about five years ago though, and since then I've been involved with various other things such as music exhibitions and writing poems. I still carried on writing songs after leaving the band though, but just wasn't sure how to go about putting them out.

Your songs seem quite introspective, and yet there's an industrial edge to them also. One review I've read called you "Joni Mitchell fronting Joy Division". What do you make of things like that?
Really? That's wicked. The songs themselves have really developed over the past couple of years, and again I think that's more to do with me adopting a more serious approach to songwriting.

I think I'd agree with that, as there is a marked difference between even your last single, 'Hi Ho Bastard', and the current one, 'Army/Intuition'.
Yeah, definitely. 'Hi Ho Bastard' is a tongue-in-cheek rodeo revenge fantasy whereas a song like 'Intuition' is much more intense, sort of like the anxiety of finding out what you're about and grasping your significance. I bet that makes me sound like I've lost my sense of humour between releases too, but I think there is a marked improvement, definitely.

Would you say that over the course of the time you've been writing as LoneLady your influences have grown?
I don't think they've changed that much to be honest. I've always found the thin, angular progressive post-punk sound of the early ‘80s quite fascinating, people like The Fall, Gang Of Four and Wire through to the likes of REM and Throwing Muses.

You've also recently recruited a live drummer to replace the drum machine.
Yeah, he gives the songs so much more energy on stage, although unlike the drum machine he gets tired between songs! I'm looking into the possibility of recruiting more musicians to form a proper band for live shows and such, but I don't want to reveal too much yet until that actually happens...

You played South By Southwest in 2006 – what was that like?
It was a surreal experience. I ended up sharing a bill with Nine Black Alps and The Charlatans, and I was quite nervy to begin with. Judging by the feedback I was given, though, it seemed to be quite well received. One of the main reasons why it's been difficult to play many shows outside of Manchester is because neither me nor my drummer can drive. Any prospective drivers or managers, apply via my MySpace!

I guess that's one of the main problems for unsigned bands, although at least with the growth of MySpace it is easier and cheaper to get your music to a wider audience than in the past.
I went for a job interview only yesterday as it happens, and the lack of money is what has really held LoneLady back if I'm honest. Martin at Filthy Home Recordings has been great so far but I'd like to put another release out as soon as possible, if only I could afford it! MySpace has been a godsend as far as I'm concerned, as LoneLady's page has had over 10,000 hits and without it I don't think we'd getting anything like the recognition we have been from people outside of Manchester. It gives listeners a good idea of what an artist's about without actually having to go and see an unsigned band night in some crappy local pub, and while there's the argument that you have to wade through the crap to actually find something decent, it has made the whole process a damn sight easier.

What are LoneLady's main ambitions for 2007?
To keep writing good songs, make as many good recordings as possible and hopefully be able to afford to release them! I really do feel like LoneLady has moved forward so much since I started doing it, and while I have no ambition to be on CD:UK or whatever's replaced it - in fact no ambition to be part of the mainstream at all as it happens - I think these songs deserve to be heard by as many people as we can possibly reach.

You mention not wanting to be part of the mainstream. What is it that irritates you about that so much?
I feel that the music industry is geared solely towards making money, and the way labels sign bands is almost like working to some kind of universal template, in that more watered down versions of cutting edge artists are being tailored and sold as a lifestyle option rather than on the quality of their music, and every couple of years the template will change to whoever is in vogue. Two years ago it was Joy Division, now it's Libertines-lite bands, and I find that whole thing just depressing, totally obscene in fact. I would probably say I've more respect for people who appear on The X-Factor as at least they aren't trying to pretend they're something that they're not.

Finally, who else should we be looking out for at the moment?
To be honest, I'm not as familiar with as many new artists as I probably should be, but one band who I think are really great are Stranger Son Of WB (MySpace).

LoneLady's single 'Area/Intuition' is out now on Filthy Home Recordings and can be obtained here. She will be appearing at the following venues (watch this space for a Nottingham DiS show in the not-too-distant future):

For more information on LoneLady visit her MySpace, here.