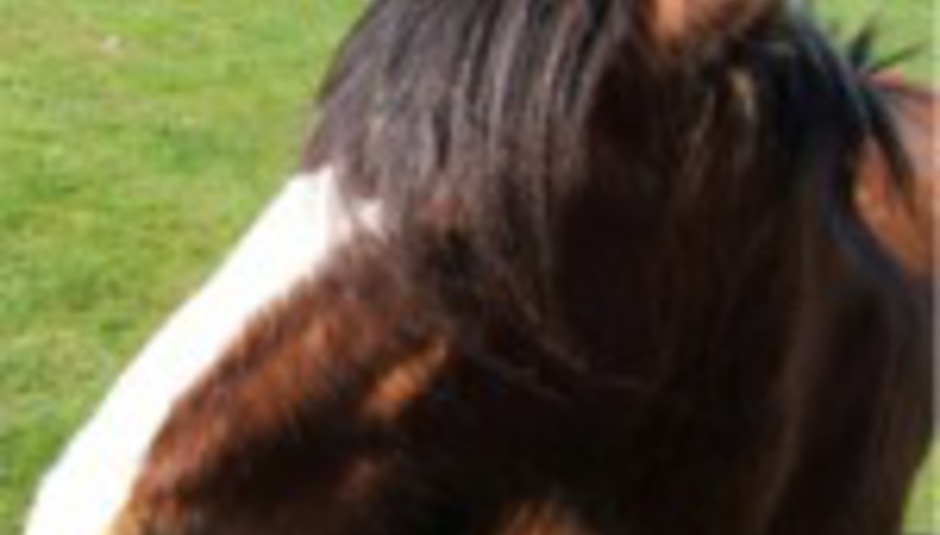 Panic! At The Disco vs Gallows

Panic! At The Disco vs Gallows

2006 was a year. It was last year. 2006 was a year that punk rock burst all over front covers and end-of-year lists again in its many different guises. *Panic! At The Disco *and *Gallows *are two new purveyors of the punk; the former trampled over the underground throughout the year on their way to megastar status, while the latter burst out of the ether in the autumn to quickly conquer the hardcore underground by receiving lots of very, very mainstream press (even NME has jumped on that bandwagon now).

These two bands are as different in their similarities as you can get. They’ll both emerge at the end, kicking and screaming, still ready for emo battle on their emo horses (see picture). This is Panic! At The Disco vs Gallows. Fight!

Panic!…’s debut album, A Fever You Can't Sweat Out, was filled to the brim with music that would fail to challenge a toddler. Masking their bland emo pomp with ridiculously intricate vocal lines and melodies clearly worked, however, as the record sold very well this year right, from the start. Armed with lyrics that would make a hippy poet cry and some simple melodies that you will never fail to sing along to, P!atD made the perfect record that even ousted their godfathers, Fall Out Boy, from the top of the emo tree. There’s probably some story in the Bible that I should refer to about kids being better than their dads, or something.

People talk. Mainly they talk about how much they hate bad things but every once in a while they talk with a fervour and enthusiasm that makes your ears prick up. Everyone found this new band from Watford around last August. They’d just written their punk rock ‘n’ roll debut album on a punk rock indie. It sounded like JR Ewing mashing up The Bronx. They were exciting and they were punk as fuck. It took a while for Gallows to get noticed but the cream rose to the top and now they’re flying. They raised a few eyebrows by deservedly reaching #4 in the reader-voted DiS best-of-2006 list with Orchestra Of Wolves (link). All it takes is one listen and you’re hooked.

Round 1! It’s tight. While Panic write songs about webzines and reference Palahniuk, Gallows broach more serious topics of date rape and divorce. We love that shit, but socially conscious youngsters are always gonna be cooler than their flippant, callous counterparts.

Panic! At The Disco 7 Gallows 9

Live shows are the true measure of a punk rock band…

You can’t argue with the facts here. Only Bob Dylan, The Clash and err… Hard-Fi have played more consecutive nights (five) at Brixton Academy. In October 2006 Panic! At The Disco played four nights, and they were all sold out. That’s no mean feat. They made sure that they earned it, though: after a lacklustre showing at the Astoria earlier in the year, where they missed the burlesque dancers and mime artists that complement their circus-like stage show, they pulled out all the stops at Brixton and it was a sight to behold. You just had to get your jazz hands out.

Gallows had an off-day, once, meaing meant that they were only “fucking brilliant” _rather than _“ … “. While they’re not for the faint-hearted, the Hertfordshire quintet’s claim that they “burn down stages” across the world is absolutely correct. With a lead guitarist who plays most of the set with his instrument either behind his head or between his legs and a wiry, angry singer prancing around the stage and into the crowd with a double-headed griffin tattooed on his chest, they do something you don’t see very often: they make you believe in great music and great shows again. It’s rare.

_Round 2! _The first time I saw Gallows, the singer was in my face, snarling away for half the set while my friends all took a step back. They failed to tell me he was prone to fighting members of the crowd. Thanks guys. At Panic, all I got was tinnitus from all the screaming girls.

Their wardrobes will never collide, but one looks better than the other…

Panic are all about overblown style. As per their fire-breathers, top hats and acrobats-filled video for ‘I Write Sins…’, they take that bespoke style wherever they go. Dressing dapper and dealing with the consequences, they appear onstage under all those lights in double-breasted coats, painted faces and scarves. Sweaty doesn’t cover it.

Sweaty is the sole description you need for Gallows. They wear their skinny jeans and braces and are inked to the hilt, especially their highly talented tattoo artist singer, but it’s purely incidental to the music. Cut to Hallowe’en, however, and you see them crawl onstage dressed as the _Clockwork Orange _Droogs. Class in a (milky) glass.

Round 3! I love dressing up all pretty but never get to do so, so I’m going with the Americans because they make the effort. Panic make sure the kids get their slice of fantasy.

Panic! At The Disco 9 Gallows 5

Emos or straightedge kids? Time to pick the best of a bad bunch…

I love seeing both bands play but I will always get a clear sightline at a Panic show. Looking over a sea of 14-year-olds’ heads ain’t too tricky. They do scream too much, though, sit around being too emo and take the piss out of you for being old. I actually hate them quite a lot.

Gallows, on the other hand, make grown men with receding hairlines and spreading midriffs dribble and sing. They get a hardcore of local kids travelling to every gig without even asking, including a trio of teenage girls who serenade the band in hot-pants in the bleak midwinter. They matter to a whole lot of people already and are going to make a whole lot more people love them before they’re done.

_Round 4! _They make fatties with mortgages weep like little girls. They make muscle-bound freaks move away from the moshpit. They got hot-pants. Gallows win hands down.

Liking one of these bands will get you cool points…

Even knowing about Panic! At The Disco takes no effort and talking about obscure lines from very popular novels stopped being cool before it started.

Let’s not piss about too much now. It’s been a punk-rock extravaganza between a true US heavyweight and the cocky, punchy little Brit… but the ankle-biters have stolen it with pure, unabashed desire.

With P!atD on the front cover of _Rolling Stone _and every other rock rag due to their unprecedented and unpredicted success, I doubt they’re that bothered and we look forward to their follow-up album all the same. Gallows are touring in March, playing South By Southwest, and are looking forward to being the major British export on the massive 50ish-date Warped Tour across the US. Fun times ahead for both bands.